The city of Great Falls is planning a $20 million aquatics-recreation center on these 10 acres between 52nd and 57th streets north, south of the Seibel Soccer Complex. (Photo: Karl Puckett)

The Great Falls City Commission took its first official action Tuesday in building a $20 million aquatics and recreation facility in OKing a resolution that will allow the city to be reimbursed by bond proceeds for costs incurred prior to a $10 million bond issue.

Finance Director Melissa Kinzler said a resolution authorizing the city to issue the $10 million bond will be presented to the Commission at a later date.

In the meantime, Kinzler said, the resolution was necessary to comply with IRS reimbursement bond regulations.

Kinzler said no costs have been incurred so far.

The city also has received a $10 million grant from the Department of Defense’s Office of Economic Adjustment for the $20 million project.

According to the resolution OK’d Tuesday, the city will spend the $10 million on a 50,000 square-foot recreation center including lap, therapeutic and recreational/training pools, fitness areas, basketball courts, drop-off child care, classrooms and ancillary support facilities. It also will include 142 parking spaces.

City officials say the particulars are not set in stone and will depend on the work of a design and construction consultant that will be hired to oversee the project.

The recreation-aquatics center is being planned on 10 acres of land just west of Loy Elementary School on the city’s eastern edge.

Brett Doney, who heads the Great Falls Development Authority, said he was excited about the project.

He added that the city needs to make sure affordability and accessibility are considered as the facility is developed.

The $10 million bond issue would be repaid with assessments the city is collecting annually for park maintenance work after voters OK’d a park district in 2018.

Commissioner Rick Tryon called for a public question and answer session on the project, saying he’s hearing concerns about it from the public.

Tryon said he’s getting questions from residents who have concerns about the soils of the proposed site.

He’s also hearing concerns about park maintenance district funds OK’d by voters being used to repay the bond issue for the recreation and aquatics center.

He said a public question and answer session should be held to vet issues such as those.

He noted that it was an “incredibly tight time frame” that the city was under to act on pursuing funding for the facility.

The city learned about the possibility of getting a federal grant from the U.S. Department of Defense in May. The program targets projects in cities that benefit training and families on military bases such as Malmstrom Air Force Base in Great Falls.

Using park district funds for a new pool facility was discussed after Morony Natatorium pool at 111 12th St. N., a six-lane closed, Doyon said. The opportunity to use them just came sooner than was thought possible after the city learned of the possibility of winning federal funding through the DOD.

The city of Great Falls has received a $10 million federal grant that will allow construction of a $20 million recreation and aquatics center on the east end of town. (Photo: LPW Architecture)

Doyon said the city values its aquatic facilities and now, thanks to the DOD grant, there’s a chance to combine two facilities that are not doing well, the Community Recreation Center on 2nd Avenue North and the now-closed Natatorium, in one facility that will increase revenues.

The city needed a shovel-ready site in the application to the DOD, Doyon said. That was a small site the city owns near the Malmstrom Air Force Base entrance, Doyon said.

But the city’s preferred location is the 10 acres owned by Great Falls Public Schools that the city hopes to obtain through a land swap with the school district.

The city is proposing to build the recreation and aquatics center south of Seibel Soccer Complex, across 57th Street North from Loy Elementary School. The 10 acres is highlighted by yellow. (Photo: Google Maps)

Mary Sheehy Moe said she already had asked previously whether the park district funds could be used and was told that they could be and already have been for existing outdoor pool facilities.

Doyon said the city could set up a meeting but it would be difficult to discuss a project that hasn’t been designed yet.

Mayor Bob Kelly suggested that the city create a frequently asked questions page that could be accessed online to address the questions being raised at this time.

Karl Puckett covers the city of Great Falls and Cascade County for the Tribune. He can be reached at [email protected] or 406-750-5383, or on Twitter at @GFTrib_KPuckett.

Help support local journalism by subscribing to the Tribune using the “Subscribe” link at the top of the page.

Understanding the Consumer for a Better Holiday Season

Wed Oct 7 , 2020
Uncertainty has continued to lead consumer behavior throughout the pandemic, but that hasn’t stopped consumers from getting an early start on holiday shopping. In fact, experts have said consumers will be embracing a digital-first holiday season for an extended shopping season. “Consumers are no longer taking their cues from what […] 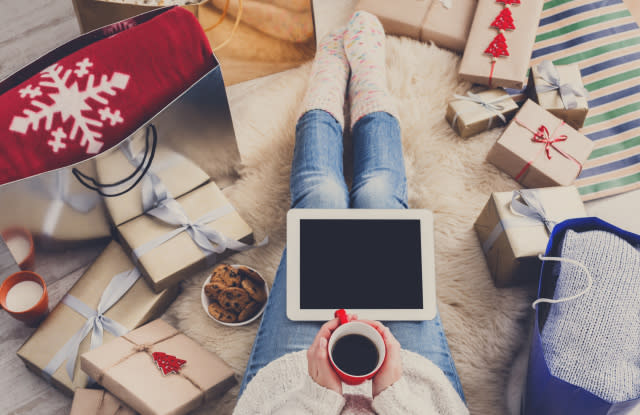