YAITA, Tochigi Prefecture–A stunning, bright blue basin, and a “phantom waterfall” that only appears after it rains, have made this area a much sought-after photo spot for Instagram users and tourists alike. But the basin of the local Oshiraji no Taki waterfall is now also infamous for a recent fatal […]

YAITA, Tochigi Prefecture–A stunning, bright blue basin, and a “phantom waterfall” that only appears after it rains, have made this area a much sought-after photo spot for Instagram users and tourists alike.

But the basin of the local Oshiraji no Taki waterfall is now also infamous for a recent fatal accident, after two men died from jumping into waters just 2 meters deep.

The accident occurred despite signs banning entry to the area around the waterfall basin.

The two men, aged 23 and 18, were visiting from neighboring Gunma Prefecture with two other friends and jumped into the waterfall basin on Aug. 18.

But the two men never resurfaced, and their friends reported it to local police. Emergency responders discovered them in the waters and rushed them to a hospital, but they were both pronounced dead. The cause of death was drowning.

But their deaths have puzzled many because the waterfall basin does not look particularly dangerous.

“This is not a place where people can normally be swept away and sucked under,” said Masanori Tachibana, who conducted an onsite inspection on Sept. 3.

He is a member of Kawa ni Manabu Taiken Katsudo Kyogikai, a Tokyo nonprofit organization that runs workshops to train lifeguards for people playing in water through various safety programs.

He and others measured water temperatures in the basin and nearby areas.

They also re-created the accident to establish how the men drowned.

The waterfall did not have much water falling during their investigation.

According to the group, the spring water that flows into the basin reached a low temperature of 9.8 degrees–lower than the waters entering the basin from the waterfall.

The water temperature in the basin on Aug. 18 was estimated to be about 10 degrees or so. No water was flowing from the waterfall that day. But it was a hot day in many parts of Japan, with the temperature hitting 33 degrees in Shioya, which neighbors Yaita.

Tachibana suspects the low water temperature in the waterfall basin is behind their deaths.

He noted that cold water stays near the bottom of the basin. The water there was still that day, due to an absence of water pouring in from the waterfall.

“After jumping into the basin, they were soaked in chilly waters near the bottom in an instant,” he said. “It is likely that they lost their breaths due to contact with the chilly waters and they ended up inhaling water.”

Tachibana also said it is possible that the men could not surface fast enough because their muscles stiffened from the cold water, preventing them from reacting quickly.

Their problem, he believes, was compounded by the fact that the bottom of the waterfall basin was slippery with algae and there were few rocks nearby to grab on to.

Tachibana called for people to heed the utmost caution when playing in waters, saying there are risks even when they look safe.

“When two people jump into waters together, it is likely neither can make it to safety, as one drowning person will cling onto the other in desperation,” he said.

The group of four from Gunma Prefecture apparently visited the waterfall basin after watching footage of people diving into the basin on YouTube.

The Yaita city government installed stairs on part of trails leading to the waterfall basin in 2017. Two years later, officials put up signs around the waterfall area banning entry, warning about a danger of falling rocks and that people could fall in and hurt themselves.

After the accident, local authorities put up more warning signs and stepped up patrols around the area.

“We groomed the waterfall site as an area for viewing, not for swimming,” said an official with the municipal government’s commerce and sightseeing section.

“We hope tourists will enjoy the venue while abiding by rules and manners.”

Yuichi Moriwaki, who manages a facility that offers treks to the mountains near the waterfall, said he was sorry the waterfall has become notorious because of the accident.

“I believe that the venue is not very dangerous,” he said.

Wed Sep 16 , 2020
A vintage performance was had by Aaron Rodgers on this season-opening Sunday. Nonetheless, familiar as 364 yards passing and a four-touchdown showing are in his certain Hall of Fame career, Rodgers and the Packers’ 43-34 win over the host and NFC North-rival Vikings on Sunday was “one of the strangest […] 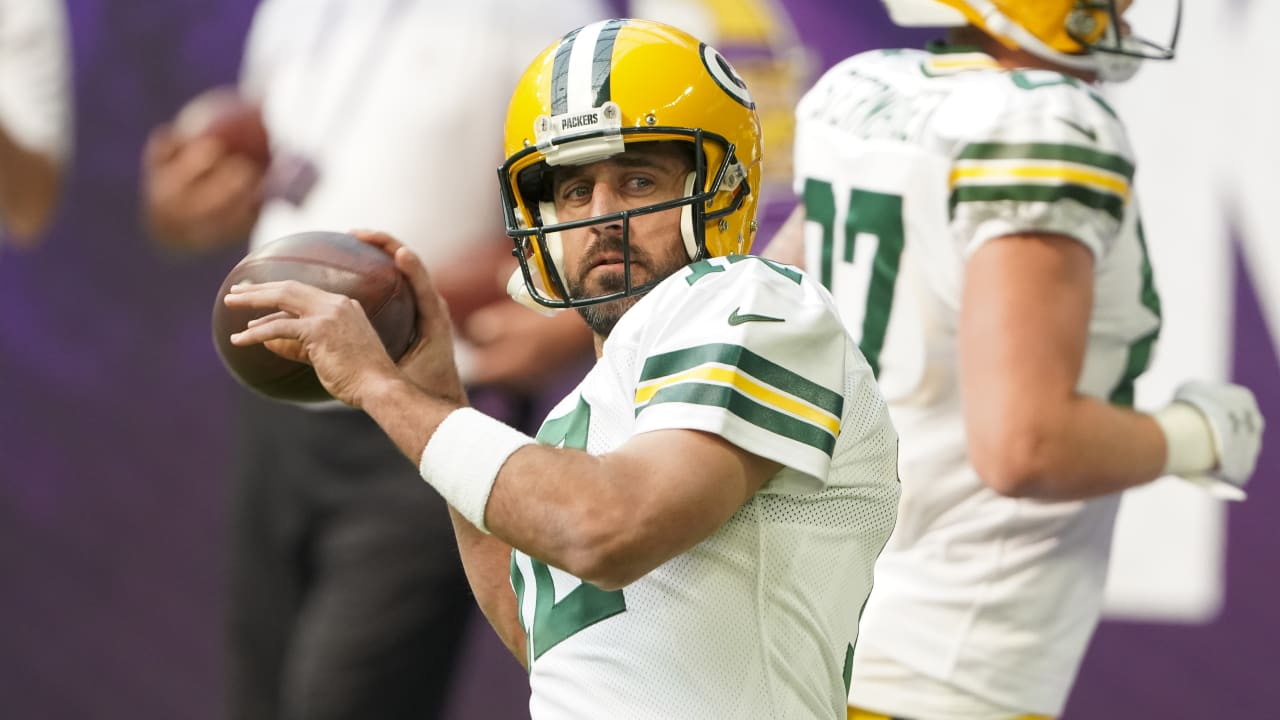