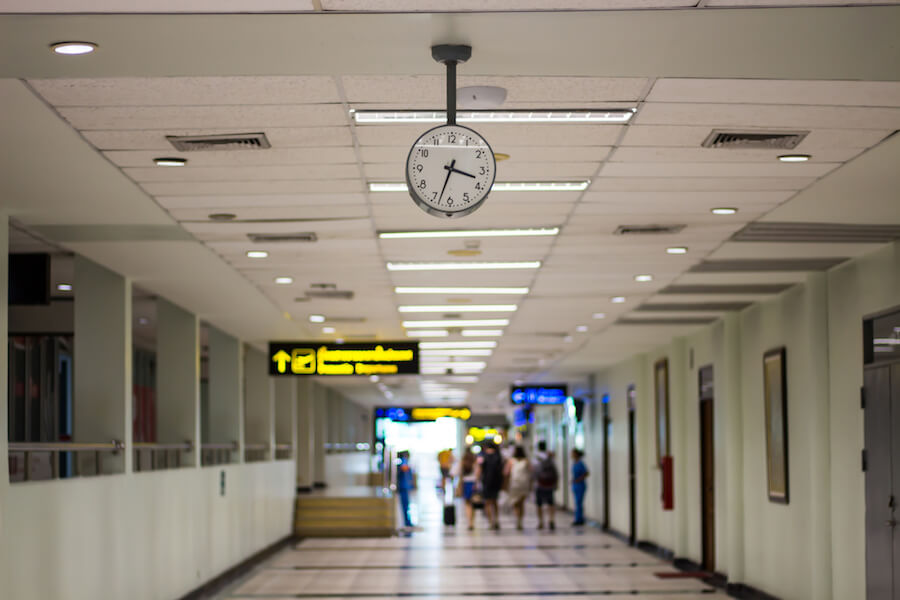 Since the beginning of lockdown, travelling anywhere has become tricky to navigate, and some Canadians have opted to avoid it altogether.

But with closed borders and fewer destinations on airlines’ itineraries, others are exploring Canada by air travel in place of international adventures, or visiting family across the country.

Though flights are available all throughout Canada, how safe is it really to travel by air?

Data from the Public Health Agency of Canada found that more than 370 domestic flights documented at least one passenger with COVID-19 since February, according to CTV News.

While the federal government provides detailed requirements for those travelling outside of Canada, including mandatory 14-day quarantine, travelling within Canada is more relaxed.

The government notes that as of March 30, “all airline passengers in Canada will be subject to a health check prior to boarding.”

Passengers will be refused entry onto a plane if they show any symptoms of COVID-19 and required to wait 14 days and show they no longer have symptoms.

We spoke with passengers, airlines and infectious disease experts to gauge the state of travel within Canada in the COVID era.

Airlines are filling up seats so expect to get closer than expected to fellow passengers. At least one traveller told NOW their flight experience involved “concerning behaviour.”

“The week that I flew, they had just announced that they were going to be booking flights completely. So when I traveled, the plane was pretty much completely full, I would say probably 90 per cent,” says Corné Van Van Hoepen, a freelance journalist who flew from Toronto to visit family in Vancouver in June. “That was just kind of going against everything that the government was telling us to do.”

Van Hoepen was flying with Air Canada, and he says they provided everyone with a package containing hand sanitizer, sanitation wipes and a water bottle.

“People are drinking and eating, so they’ll pull their mask down and you’re sitting literally centimetres apart from someone else,” he says.

Air Canada spokesperson Peter Fitzpatrick said in an email that the airline made it mandatory for passengers to wear a mask and implemented temperature checks prior to the federal government’s decision to make both policies required.

“We do notify customers prior to their flight if the flight is nearing capacity and we allow them to change, at no cost to another, to a less crowded flight if one is available,” he wrote.

Van Hoepen says he got tested before going on his flight for his own “peace of mind,” but the choice to get tested before or after a flight is entirely a personal one – the federal government doesn’t require it for domestic flights.

Zain Chagla, an associate professor in the division of infectious diseases at McMaster University, says that from an outbreak standpoint, air travel in Canada isn’t more risky than other spaces with many people in close contact.

“Transmission that occurs on a plane tends to be related to the people in close vicinity to the infected person, maybe one seat down or two seats down,” he explains. “It doesn’t tend to be a big transmission event across the plane, partially because airplanes are equipped with relatively high end filters.”

On the federal government’s database listing all flights with confirmed COVID-19 cases, the affected rows listed hover between four and eight consecutive rows.

However, Chagla notes that as far as travel options go, air travel is slightly higher risk than other methods due to the number of interactions a person will have before, during and after the flight.

“From a personal health risk, it is slightly higher than just driving to that location just because of the number of people they have to interact with. There are going to be a number of interactions you wouldn’t get during day to day life or during a road trip,” he says.

Isabella Baxa says she took a flight to British Columbia with her parents in July for a family vacation, and she was confused by the conflicted messaging they received throughout the boarding and flight process.

“They tried to social distance people in the security line,” she says. “But on the airplane it made no sense because it was a jam-packed flight, there was no distancing between rows.

Baxa says that even though she was shocked by the amount of people on the flight, she wasn’t too worried about exposure to infection.

But Van Hoepen says he was already a little worried before getting on the flight, and after his experience he spent the following weeks trying to be extra cautious.

“For the first week it was definitely at the back of my mind. I kept checking the affected flight numbers released by the government to see if mine were affected,” he says. “Knowing that I traveled, I just tried to keep my distance from people to limit my exposure, just in case.”

The future of Toronto: NOW readers weigh in on lessons from the pandemic

Julia Mastroianni’s first attempt at writing resulted in the first 20 pages of a novel that she promptly abandoned, a year after starting, at age nine, because she couldn’t bear to read her own work. Since then, she’s completed assignments at various publications, including Post City Magazines and the National Post.