CLOSE Many U.S. airlines are overstaffed due to reduced flying schedules and low demand for air travel amid the coronavirus pandemic. USA TODAY With the federal stimulus due to run out Thursday, airlines, hotels and other travel-related businesses are trying desperately to urge Congress to act on a new relief […]

Many U.S. airlines are overstaffed due to reduced flying schedules and low demand for air travel amid the coronavirus pandemic.

With the federal stimulus due to run out Thursday, airlines, hotels and other travel-related businesses are trying desperately to urge Congress to act on a new relief plan to head off mass layoffs.

Treasury Secretary Steven Mnuchin met with House Speaker Nancy Pelosi, D-Calif., to try to work out a deal, to no avail. A House vote was postponed Wednesday on Democrats’ $2.2 trillion coronavirus relief package, which includes another $25 billion in support for airlines, in hopes of reaching an agreement through negotiation with Republicans who oppose it.

“The clock is ticking and time is quickly running out for Congress to extend the effective and successful Payroll Support Program that has kept critical frontline airline employees on the job and off unemployment,” said Nicholas Calio, CEO of trade group Airlines for America in a statement Tuesday. “Tomorrow, tens of thousands of airline workers will be furloughed if the program is not extended.”

With airlines collectively losing $5 billion a month due to lack of customers in the wake of the coronavirus pandemic, he has estimated that thousands of airline-related workers could be left without jobs. Earlier this year, Congress granted airlines some $50 billion in relief, half of which went to pay worker salaries.

Airports in North America are facing more than $23 billion in losses due to the drop in air travel, says Airports Council International. “Government inaction at this time of crisis is not an option,” said Kevin Burke,CEO for North America.

The entire U.S. travel industry employed 15.8 million Americans, about one of every 10jobs, before the pandemic. But its onset wiped out 51% of them, said Roger Dow, CEO of the U.S. Travel Association, at a news conference Tuesday. And relief hasn’t come to some important travel business, such as smaller nonprofit marketing organizations beyond museums and other attractions.

The damage has been especially devastating for hotels.

Hotel stay: What it’s like to stay at a Hilton, Marriott and Hyatt hotel during the COVID-19 pandemic

The hotel industry has already lost 2 million of the 8.3 million jobs it had before the pandemic. Without relief, the number of jobs lost could rise to 3.7 million, warned William “Chip” Rogers, CEO of the American Hotel & Lodging Association. Some 38,000 of the nation’s 57,000 hotels that had been in business at the start of the year could be forced to close within six months.

Hotels are “really on the brink of collapse,” Rogers said. “We need Congress to take action before our industry is changed forever.”

It’s time to book holiday trips: Is it safe to travel, or is this the year to skip a family get-together?

Tourism-dependent cities, like scenic Savannah, Georgia, have suffered. Mayor Van Johnsonsaid the city knows it will take years to recover and shake the city to its core in the meantime.

“We know that visitors will eventually return to Savannah, but we don’t know what type of Savannah they will return to,” Johnson said.

Construction chemicals market in Asia Pacific to grow at 9% CAGR

Thu Oct 1 , 2020
Construction Chemicals Market Asia Pacific construction chemicals market accumulated revenue of more than USD 14 billion in the year 2015 and will register notable CAGR of over 9% in the coming years. In 2015, construction sector in China was estimated at USD 1.7 trillion and is expected to showcase robust […] 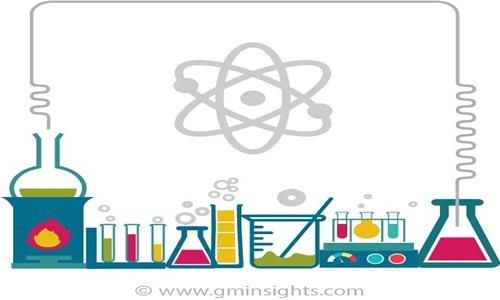