Considered a national treasure, Sacramento artist Wayne Thiebaud will celebrate his 100th birthday Nov. 15. In honor of his milestone, the Crocker Art Museum will celebrate Thiebaud’s artistic contributions for the rest of the year. The celebration starts with a 100-piece exhibition of Thiebaud’s works over the span of his […]

Considered a national treasure, Sacramento artist Wayne Thiebaud will celebrate his 100th birthday Nov. 15. In honor of his milestone, the Crocker Art Museum will celebrate Thiebaud’s artistic contributions for the rest of the year.

The celebration starts with a 100-piece exhibition of Thiebaud’s works over the span of his career, some of which have never been on display before, which will debut Oct. 16 and run through Jan. 3.

The celebratory exhibit is called “Wayne Thiebaud 100: Paintings, Prints, and Drawings.” It will be the largest survey of Thiebaud’s work in 20 years, covering his career from 1947 to 2019. The exhibit shows various subjects from still-life and landscape to the human figure, and highlights his fascination with the Sacramento area.

The Crocker has been putting together collections of his art in every decade since they gave him his first solo show in 1951. After a couple weeks of display in the museum only, the collection will be available to view on the Crocker’s website, for those who are unable to view in person. This is a rare move for the museum, but they were led by the need to make Thiebaud’s influential art accessible to all during the pandemic.

Thiebaud’s ties with the area run deep. He first came to Sacramento in 1942 when he was stationed at Mather Air Force Base and returned in 1950. Thiebaud earned his master’s degree at California State University, Sacramento, and later taught at Sacramento Junior College, eventually becoming the chair of the art department. He designed and directed the annual art exhibitions for the California State Fair. Thiebaud was also commissioned by the Sacramento Municipal Utility District for a mural that wraps the exterior ground floor of their headquarters building.

To commemorate the event, the museum is also publishing a 212-page catalog of the exhibition. The catalog focuses on Thiebaud’s use of memory, tradition and imagination in his art, and will be available through the museum store. The store will also have other Thiebaud-themed retail items available.

In addition to the exhibit and catalog, Crocker Art Museum plans to weave Thiebaud’s influence into a lineup of new live and online content. All class information and registration can be found through the Crocker website’s “at home” section at crockerart.org/fromhome.

Christine Calvin, a Crocker spokesman, said, “We will have a live-on-Zoom teacher workshop in November, and that will introduce teachers to Thiebaud’s life and works, and his principles and design so teachers can bring that into the classroom.”

The Crocker also makes lesson plans available for teachers to use with their students. The workshops for teachers are hosted regularly by the Crocker, but this one will focus on Thiebaud. The Crocker will also have a homeschool program called “Homeschool Art Connection.” It’s a monthly program available through the museum, but in November it will have a focus on Thiebaud’s art.

The Crocker hosts roughly 100 classes a year for seniors. Four of the programs will focus on Thiebaud. With themes like pen and ink drawing, the museum also puts together all of the necessary art supplies in one bag if the registrant doesn’t already have what they need. Bags can be purchased during registration and are available for curbside pickup.

In December there will be a panel discussion available online called “Three Takes on Thiebaud.”

“Our guest lineup is being confirmed, but we are anticipating that our panel will be made of individuals who are very close to Thiebaud and his work, and can speak intimately about his life and his practice,” Calvin said.

Some of the regularly scheduled programs will also pick up on the Thiebaud theme, such as Wee Wednesdays for 3-to-5-year-olds and their grownups. Families are welcome to get online and join Wee Wednesdays as they are guided through a short conversation and activities focused on art. Virtual Art RX is a regular program in which a trained docent facilitates groups through the slow viewing of art and conversation as a means to deal with chronic pain. It was developed with help from the UC Davis Center for Pain Management.

In addition to the exhibit itself, the catalog, and the many programs available, people will want to keep an eye on the Crocker Art Museum’s website as more Thiebaud-centered content will be uploaded throughout to celebrate 100 years of Sacramento’s famous artist.

Sun Oct 11 , 2020
EMERALD ISLE, N.C. (WNCT) – The beach season is not over on the Crystal Coast. Starting this week, people will be able to take their vehicles for a drive on the beach.  As of Wednesday, almost 1,200 people have gotten beach driving permits from the town of Emerald Isle. Resident […] 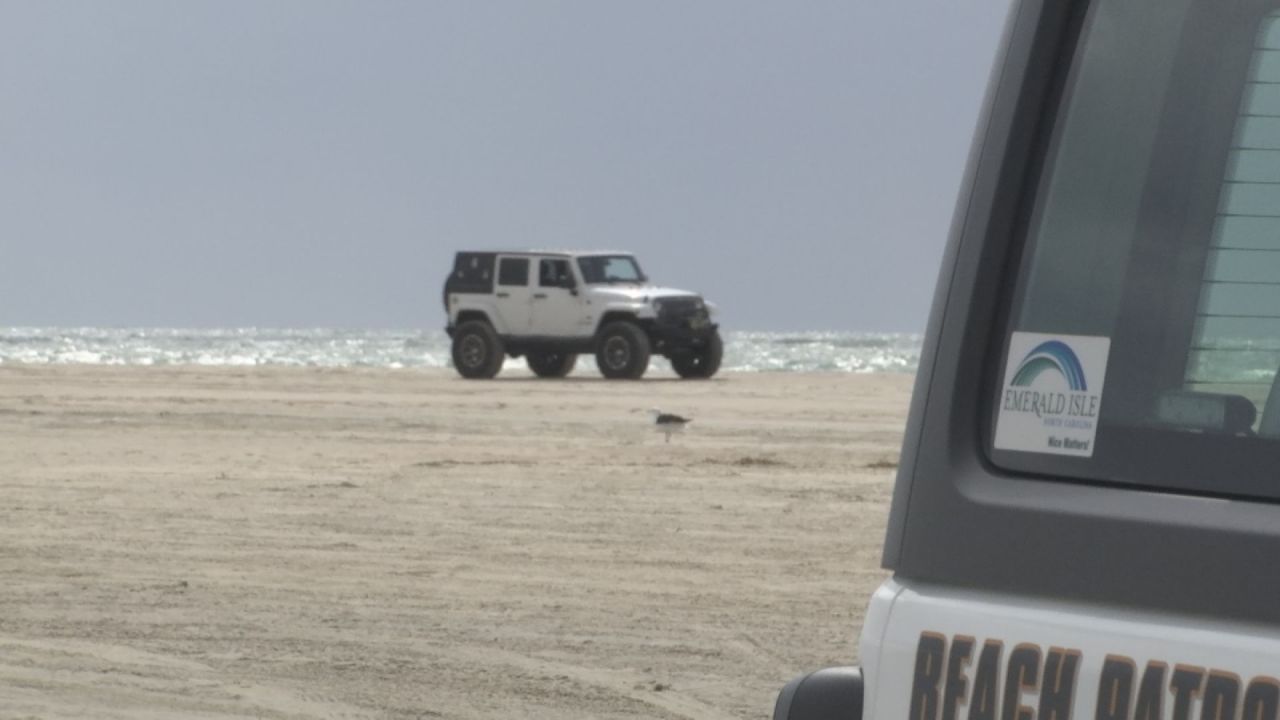