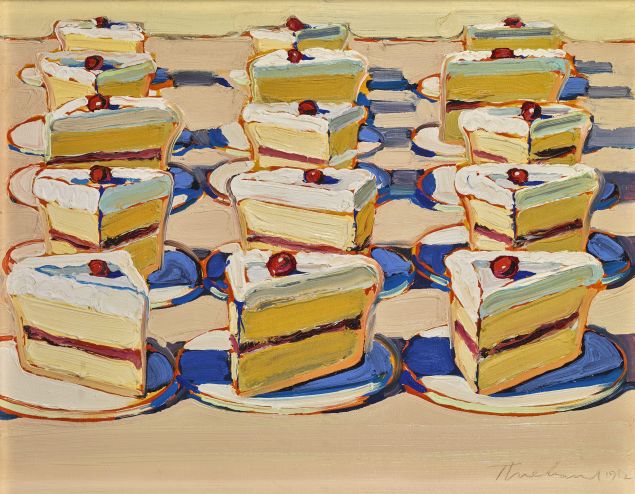 What do you serve to celebrate the 100th birthday of someone like Wayne Thiebaud, who has famously painted craveable pies, parfaits, ice cream cones, layer cakes, gumballs and candied apples? “It’s a million-dollar question,” says Mallorie Marsh, the associate director of education at the Crocker Art Museum in Sacramento, where Thiebaud has lived since 1950. “We have it on good record that his favorite dessert is lemon meringue pie. So we’re encouraging people to try out their old or new recipes at home, and celebrate along with us.”

In lieu of a live birthday party for the beloved local artist, the Crocker will host a virtual lemon meringue-fueled fete on November 15. And instead of topping these citrusy confections with 100 candles, the museum is presenting Thiebaud with a celebratory solo exhibition of 100 artworks, “Wayne Thiebaud 100: Paintings, Prints, and Drawings,” on view starting today through January 3. It’s a full circle moment for the painter, since his first-ever solo show was at the Crocker in 1951 when he was a young, unknown artist. 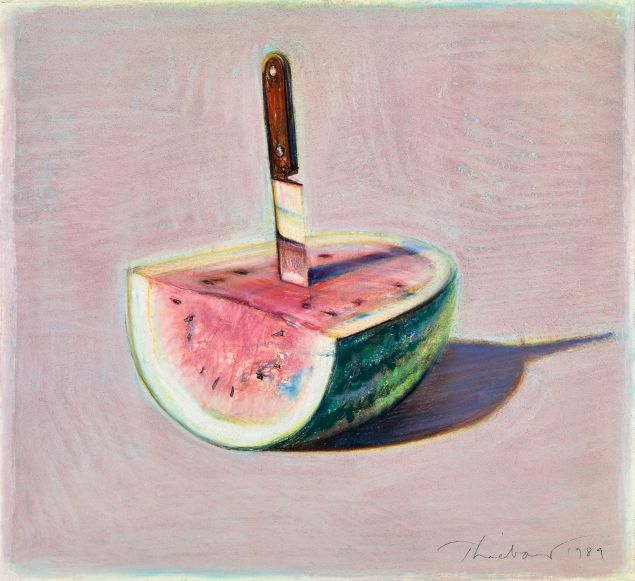 Thiebaud and the Crocker go way back, in fact, and this will be the internationally renowned artist’s eighth solo showing at his neighborhood museum. Of the 100 career-spanning paintings, drawings, and prints in the show, 36 artworks were gifted to the museum by either the artist or his family. 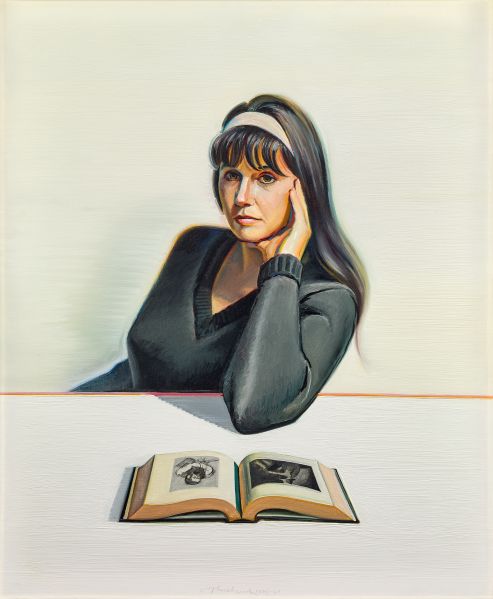 One of these is a portrait of filmmaker Betty Jean Thiebaud, the artist’s late wife, reading an open art book. The couple gifted the painting to the Crocker in 1969, the year it was completed, and it’s become a permanent fixture of the museum’s galleries ever since. Visitors in-the-know look for it during Halloween family programs. “A volunteer dresses up as Betty Jean in the painting [every year],” shares Michelle Steen, the Crocker’s public programs manager. “It’s really embedded in the culture of the museum.”

As part of the upcoming festivities, the Crocker has launched a campaign to collect paper or digital birthday cards for Thiebaud, which will be presented to him during the week of his centennial birthday. The museum originally intended for this to be an art project for local school-aged kids, but quickly realized that plenty of adults wanted to partake as well. 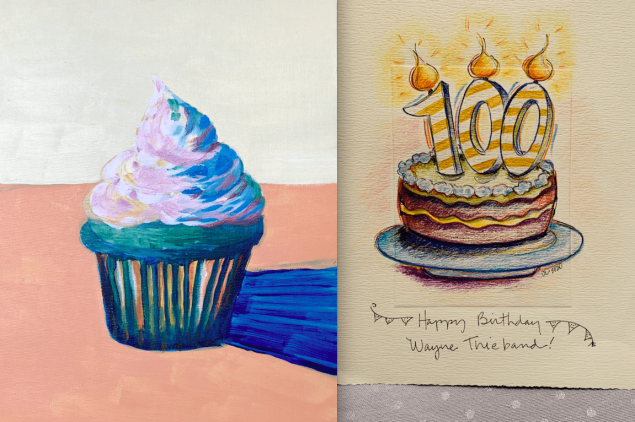 “The birthday card campaign is pretty specific to Sacramento,” says Steen. “A lot of the cards that we’re seeing coming in are from people who had either direct or indirect contact and are inspired by Thiebaud, and have these really amazing and touching stories about how he’s influenced their lives as a teacher, as a member of the community.”

Thiebaud worked as an art professor for decades, first at Sacramento City College and later at UC Davis. Many of the incoming cards are from people who have a personal connection to him. “Either they were a student of his, or he lives in their neighborhood,” notes Marsh. “It’s really fascinating how long he’s been in Sacramento and how entrenched in it he is, and how Sacramento is essential to his work.” 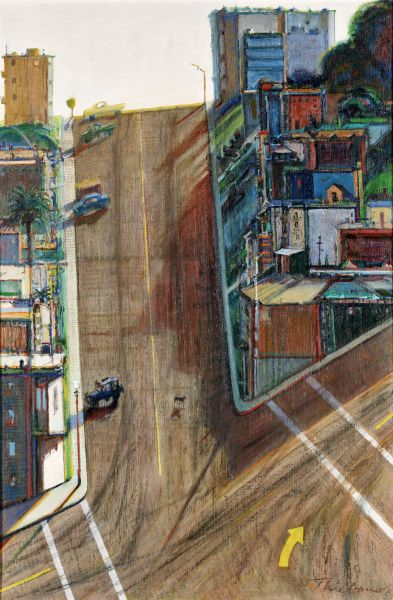 The exhibition at the Crocker isn’t the only way that this artist’s hometown is showing him some birthday love. Thiebaud’s largest artwork—a 3,650-foot mosaic mural called Water City that wraps around three outer walls of the Sacramento Municipality Utility District headquarters—was recently restored as part of the midcentury building’s historic preservation. And just a few days before Thiebaud’s birthday, painter Nijdeka Akunyili Crosby will speak about her work at UC Davis as part of an annual lecture series endowed by the artist and his wife.

Sacramento is buzzing with all things Thiebaud, Marsh says. “There’s a lot of excitement right now.” 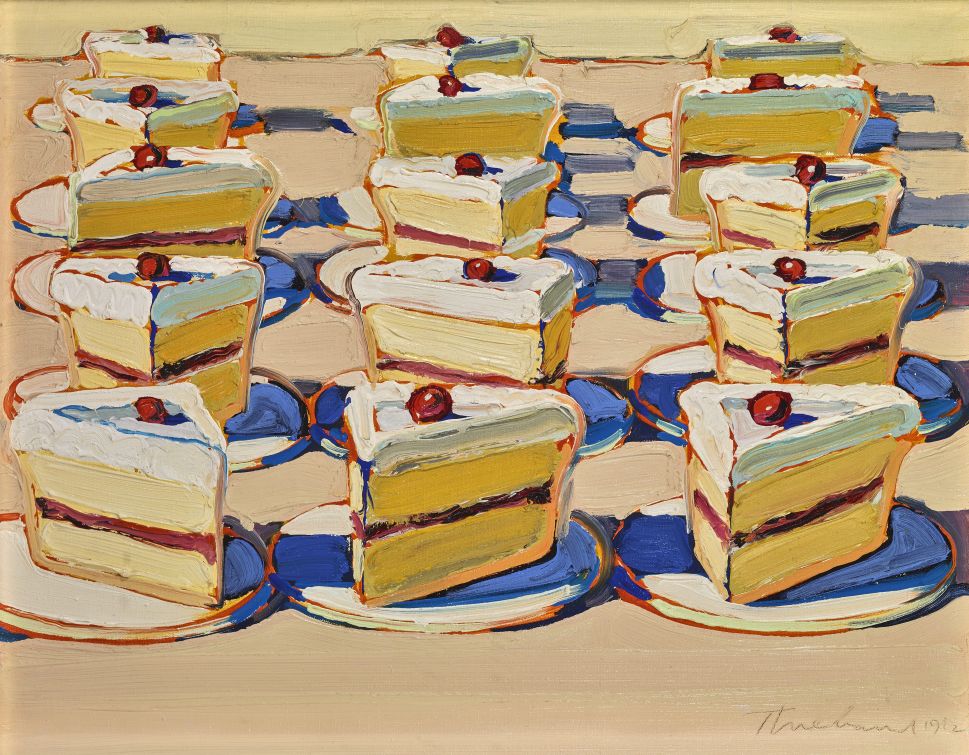