GEORGETOWN – Two of Delaware Aviation Museum’s historic prize jewels will have lead roles in this weekend’s Arsenal of Democracy Flight in Washington D.C. – a series of warbird flyovers saluting pivotal battles of World War II. The Georgetown-based museum’s very own B25 Mitchell Bomber, Panchito, and its 1941 RCAF […]

The Georgetown-based museum’s very own B25 Mitchell Bomber, Panchito, and its 1941 RCAF Tiger Moth will be among the approximate 70 WWII aircraft taking to the skies over the nation’s capital Friday, Sept. 25.

Beginning at 11:30 a.m. Eastern time, these historically sequenced warbird formations will fly over the Washington Mall in two-minute intervals. The formations will represent the war’s major battles, concluding with a missing man formation.

Panchito, piloted by Delaware Aviation Museum founder/pilot Larry Kelley, will lead the formation of five B25’s as part of the War in the Pacific Flight.

Calvin Peacock, a pilot and Delaware Aviation Museum board member, will lead off the entire flyover with the museum’s 1941 RCAF Tiger Moth, which was used to train British Royal Air Force pilots during WWII.

Panchito, with Mr. Kelley as pilot, participated in the Heritage Flight over the White House during America’s Fourth of July National Celebration earlier this summer. An experience warbird pilot and aviation historian, Mr. Kelley has planned and led formation flights over the Super Bowl, Indy 500, NASCAR races and the Air Force Museum over the past 25 years.

The Delaware Aviation museum is located at the Delaware Coastal Airport, which is owned by Sussex County.

In addition to its historic element, the mission of the museum and its volunteers is to inspire and educate today’s youth as exemplary role models.

Severe Storms in the U.P. Fri. Night and Sat. Night 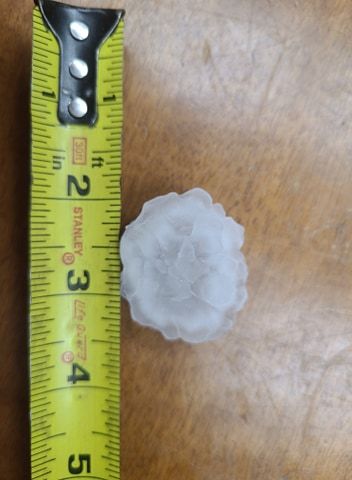