KEY POINTS Dollar Tree’s annual hiring event to kick off on Oct. 19 Retailers like Walmart, Amazon announced hiring plans in September This holiday season crucial for retailers to rake in maximum profits Dollar Tree is preparing to fill as many as 25,000 full- and part-time vacancies in its annual hiring […]

Dollar Tree is preparing to fill as many as 25,000 full- and part-time vacancies in its annual hiring spree from Oct. 19 to get the most out of the upcoming holiday season.

The company will hire store managers, assistant store managers, cashiers and stocking staff for its Dollar Tree and Family Dollar stores and distribution centers in its Nationwide Hiring Event. “As a growth company with two distinguished brands and more than 15,000 stores and 26 U.S. distribution centers, now is a great time to join our teams,” Betty Click, chief human resources officer, said.

The last three months of the year, including the holiday season, are especially crucial for retailers this time as they hope to make up for business lost to the COVID-19 pandemic and global lockdowns.

While shopping in stores took a downturn, online shopping surged through the pandemic, benefitting companies like Amazon, Walmart and FedX. To meet the booming demand for online orders and delivery, these retail giants announced plans to hire hundreds of thousands of seasonal, part-time and full-time workers.

Walmart, the world’s largest private employer, started hiring as many as 20,000 workers across the country in September. The new hires will receive an hourly rate ranging between $15.75 to $23.75. The company has hired close to 500,000 people since March and wants to hire more than 150,000 before the year ends.

Amazon announced on Sept. 14 its plan to hire around 100,000 more employees before the end of the year at $15 per hour and with some receiving hiring bonuses, to cope with the increasing number of online orders during the pandemic.

At the beginning of September, logistics company UPS announced that it will hire over 100,000 seasonal employees to gear up for the holiday season, expecting record sales this year. UPS chief HR officer Charlene Thomas said in a statement that the coronavirus has made its services more important than ever.

Around the same time, FedX confirmed to FoxBusiness that it would hire 70,000 workers eyeing an ‘unprecedented holiday shipping season’.

Other retailers hiring ahead of the holiday season include BestBuy, Kohl’s, Nordstrom and Macy’s, all of whom have begun advertising for positions on their websites. Arts and crafts retailer Michael’s plans to hire 16,000 seasonal employees in its U.S. and Canada stores and distribution centers.

In a world of retail clicks and mortar — a physical presence still counts, not least for tourists wanting to show off their purchases in the real world Photo: AFP / TIMOTHY A. CLARY

Sat Oct 10 , 2020
FIFA President Gianni Infantino has been left impressed by Qatar’s preparations for the 2022 World Cup. Infantino met with the tournament organisers during a whistle-stop tour of Qatar on Tuesday.  He visited the Al Bayt stadium, a 60,000-capacity venue designed to resemble a traditional Arab tent, and also took part in a seven-a-side match there. […] 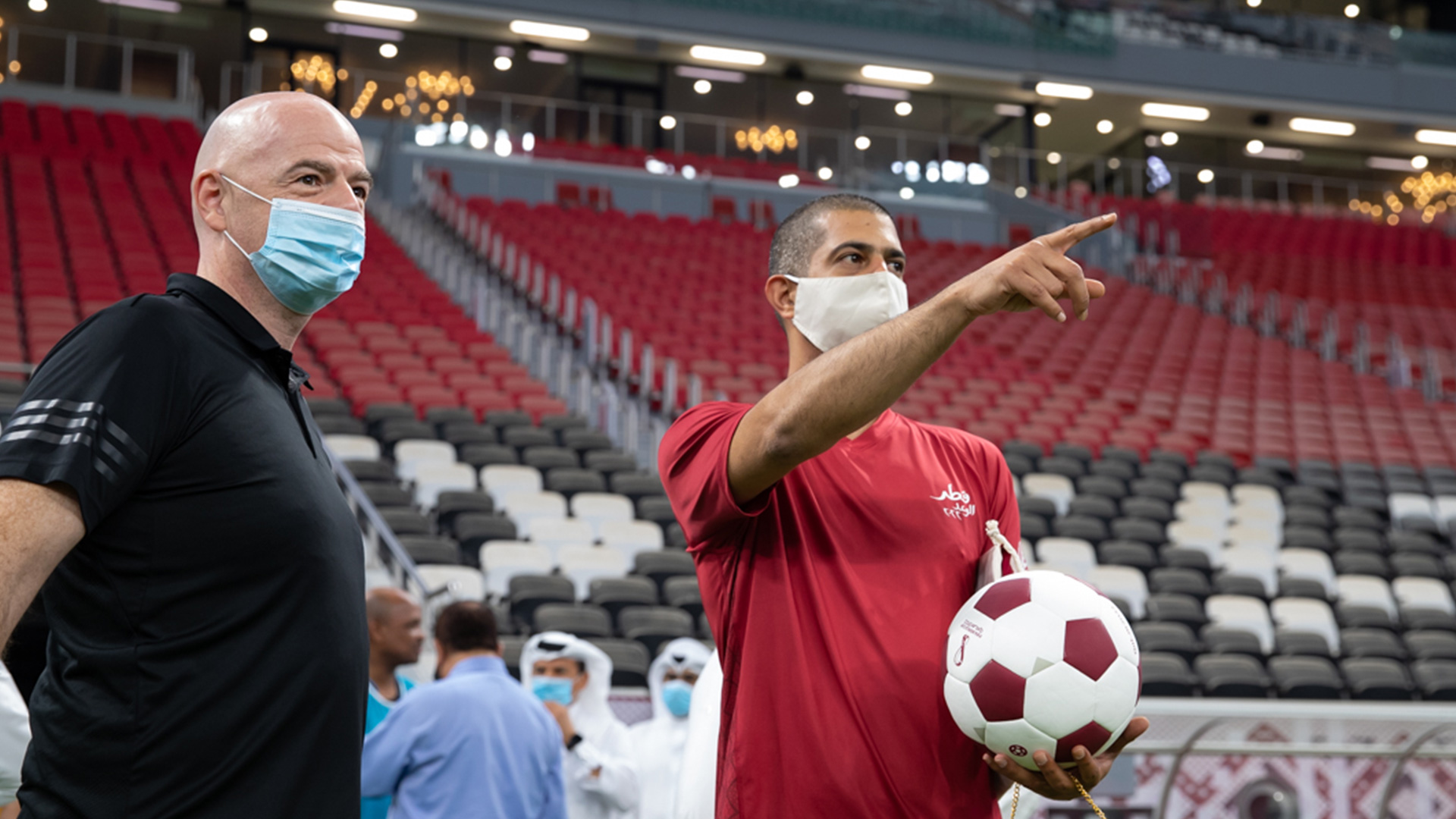