Five months after suspending international travel due to the COVID-19 pandemic, Edmonton International Airport is once again offering a direct flight to Europe.

“We haven’t had a lot of good news over the last several months,” EIA vice president of operations Steve Maybee told 630 CHED Afternoons with J’lyn Nye on Tuesday.

“Getting KLM back to return service is fantastic.“

Right now, international flights can only land at four Canadian airports — Calgary, Toronto, Montreal and Vancouver. So EIA and KLM worked together to develop what they’re calling a circle route.

NEWS: Welcome back @KLM, restoring European air service has been a priority for us. This twice-weekly flight will comply with all health and quarantine guidelines. Details: https://t.co/mcIHiklymj pic.twitter.com/HGeACfDsge

When returning from Amsterdam, the flight will land in Calgary and all passengers will get off and clear Canadian customs and a health screening before those passengers continuing to Edmonton will get back on the plane — along with passengers departing Calgary — and return to Edmonton.

“It allows us to return to international service, which is so important to the Edmonton and to the region,” Maybee said.

The flight will be offered twice weekly, on Thursdays and Saturdays, but Claire Newell, president of Travel Best Bets, isn’t sure the route will see success.

When she heard KLM was relaunching the service, she said her first thought was it was a “bold” move, given the circumstances.

“The interesting thing about that start date is that it’s going into the low season for Europe,” she said. “So I really do hope that that sticks.

“But the airlines, even just domestically, if there isn’t enough demand, they are cancelling flights and consolidating flights.”

Newell said the launch date for this service is surprising because the Europe season for travel agents usually ends at the beginning of November. After that, until the beginning of April, it’s known as “sun season.”

“So for them to be starting at the end of October, it’s an unusual time, but they must feel that there is some demand for that.”

Newell said, while Amsterdam is an “incredibly popular” destination over the typical Europe season, travel agents still aren’t seeing demand for international travel in 2020, but are starting to see some interest for that type of travel in 2021.

Unfortunately, she doesn’t see this route being a success right now.

“At this stage of the game, Canada’s borders are not open. When you you can’t come to Canada unless you are a resident, you have to have immediate family, you have to be an international student, or essential worker. There’s a very small list of exemptions.

“So it’s going to be very tough — very, very tough — for them to do well on this route, especially given the time period that they’re launching. I do hope the best for them, but I do worry about the success of that route.”

When the route relaunches it will not only be carrying passengers; but also cargo.

“This aircraft does carry a fair bit of cargo in the belly and that’s important,” Maybee said. “You think about all the protective gear and all that medical equipment going back and forth around the world, you need aircraft to do that.

“It’s an important route to get established again and allow that.”

As of publishing, the Netherlands has no travel restrictions for Canadians, though non-essential travel outside of Canada is not recommended by the government of Canada.

According to EIA, Transport Canada, Canada Border Services Agency, Public Health Agency of Canada and Alberta Health Services were all contacted and provided guidance and approval of the relaunching of the route.

Trump attempts a fall turnaround: Reclaiming his Catholic base

Thu Sep 24 , 2020
But in the death of Justice Ruth Bader Ginsburg, a fierce champion of women’s rights and left-wing legal icon, Trump and his conservative allies believe they’ve found a political Hail Mary. On one hand, Trump and his aides are betting that Catholic voters will feel enough of a kinship with […] 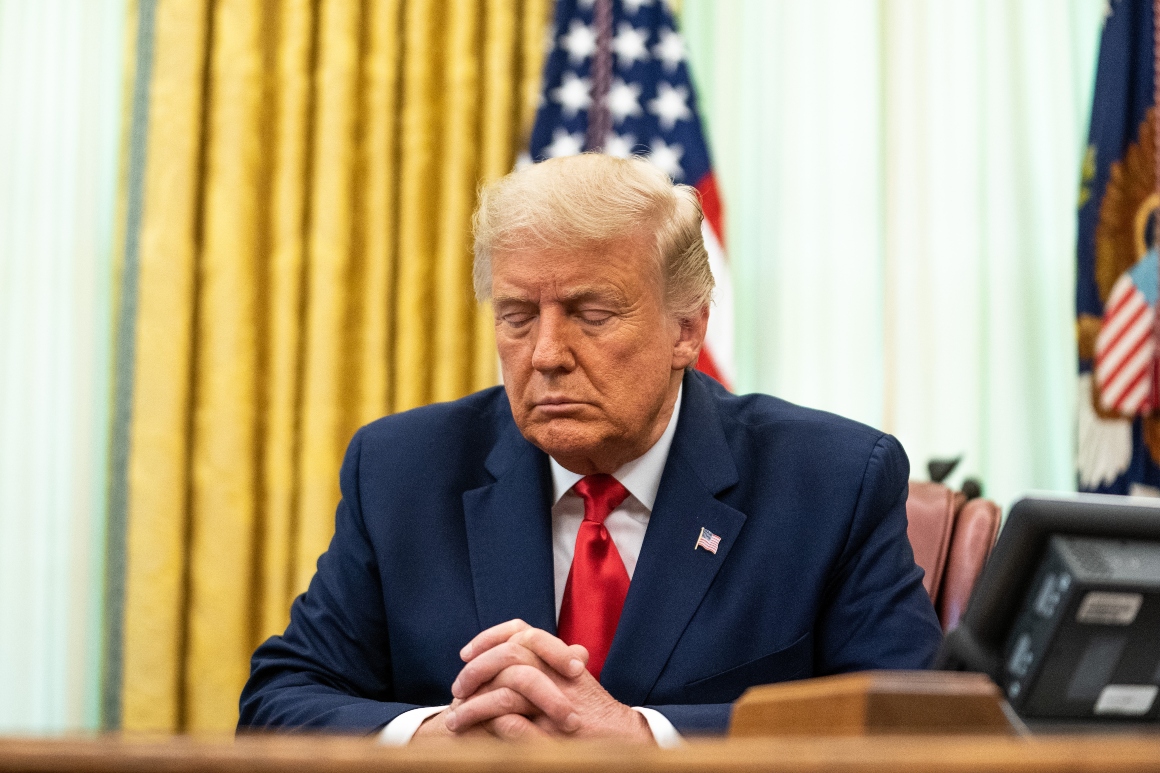