Actor and presenter Emily Atack has shared her experiences of sexual harassment in a piece for Grazia including the unsolicited explicit messages she has received. Atack explained that particularly since her stint on I’m A Celebrity a couple of years ago, she has experienced an onslaught of sexually explicit messages […]

Actor and presenter Emily Atack has shared her experiences of sexual harassment in a piece for Grazia including the unsolicited explicit messages she has received. Atack explained that particularly since her stint on I’m A Celebrity a couple of years ago, she has experienced an onslaught of sexually explicit messages on her social media platforms of men exposing themselves or writing threatening things.

Detailing her experiences, the actress said: “Since I came out of the [I’m A Celeb] jungle almost two years ago, I have noticed a huge increase in sexually explicit messages I’m sent. I’ve screen-shotted a few, laughed at them with friends, shared them on my story with silly captions so we can all have a good old laugh at it. But it’s not always a joke. It seems to be getting worse, as well as noticeably more disgusting and sexually aggressive.”

“My Instagram DM section has now become a realm of sexually abusive comments, pictures, videos (yes- videos!) that I have absolutely no control over,” she continued later. “I’ve tried blocking people, they create new accounts, and blocking one person doesn’t stop 27 new reprobates from joining the d*** pic queue.”

As well as social media, Atack has also been a victim of in-person sexual harassment, describing frightening incidents where men have grabbed her, exposed themselves, and even followed her home. On these occasions, she contacted the police, but admitted she had not considered doing so with regards to the online abuse she experiences. This type of “sexual harassment blind spot” is sadly being ignored and tolerated by us as women, she says, while if it happened IRL, we would take action.

“When it comes to words written and sent to my direct messages, words like, ‘I am going to f*** you with the telescope I’m using to spy on you’, or a video of a man wanking and ejaculating, why does my brain automatically tell me I need to just ignore the knot in my stomach, and forget about it?”

She continued, also explaining that although she hated to admit it, it had changed the way she had “speaks, acts and behaves”” as a woman who is open about her sexuality and sexual experiences.

“I enjoy sharing anecdotes and I want to make people laugh. But this is always in an environment where I am comfortable to do so: it’s my choice.”

The star ended her personal essay by calling for men to stop sending unsolicited imagery and messages that are so clearly unwanted. “Enough,” she wrote. “Life is hard enough for everyone at the moment. And we don’t need another pic of a floppy dick to prove it guys. If we wanted it, we’d ask for one.”

SiteMinder reveals the Five Stages of the Hotel Booking Reset

Fri Oct 9 , 2020
Sydney, Australia – A new report by SiteMinder, the global hotel industry’s leading guest acquisition platform, reveals that five stages lay ahead of the world’s almost one million accommodation providers until their booking cycle resets into a different normal. From Booming to Privilege: The New Realities for a Hotel Industry […] 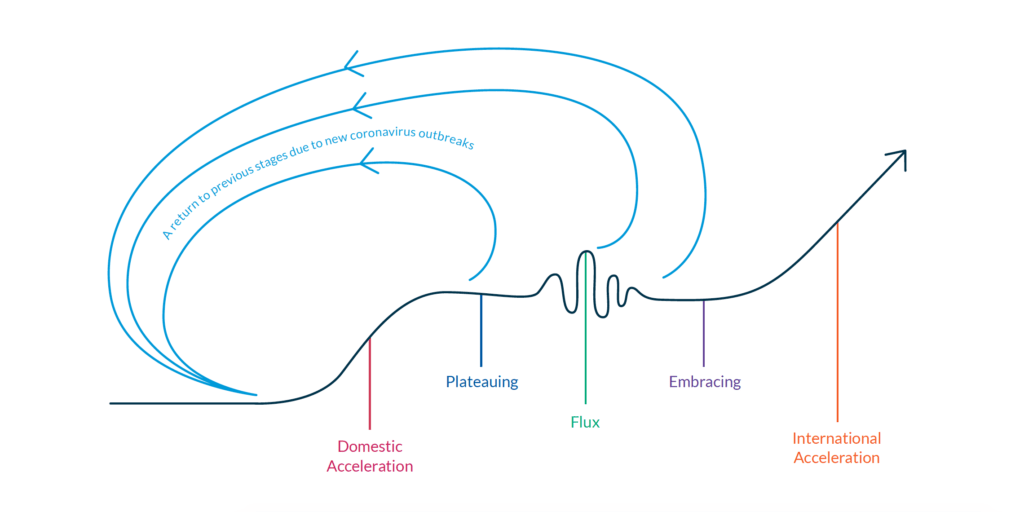