Cornwall’s Camel Valley is due to complete its earliest harvest on record, with all picking to be finished before the start of October. 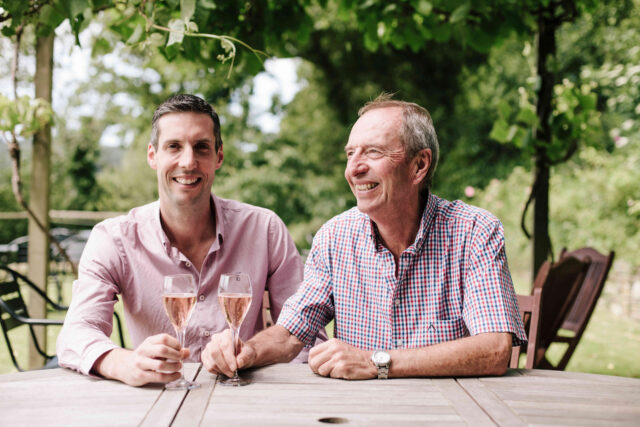 Bob Lindo (right) said this year’s harvest is the earliest in over 30 years.

Speaking to the drinks business, Camel Valley founder Bob Lindo said that this year’s harvest was the “earliest yet”.

“We used, back in 1989, to start around 5 October, and we have finished as late as the first week of November,” he said, adding that the November pick was a slight anomaly as some grapes were left on the vine for a filming date for Rick Stein’s Food Heroes, broadcast in 2004.

The winery, which has been in business for over 30 years, is due to complete picking this Sunday (27 September).

Other wineries and vineyards around the country are also reporting an earlier start to picking than usual. In its harvest blog, Bolney Wine Estate in West Sussex said it was due to gather in 235 tonnes of grapes, equivalent to around 190,000 bottles, with harvest coming “earlier than ever before”.

Lindo described the 2020 vintage at Camel Valley as a “tale of two halves”, noting how grapes on the lower portion of the slope had been affected by frost earlier in the season, while those higher up were “really ripe”.

“If I was to guess for the volumes UK-wide, I’d reckon it will probably be an average harvest, not that an average truly exists, we forget how things fluctuate,” he says. “2018 was an absolutely massive harvest, while 2012 was microscopic. This year things have evened out a bit.”

Lindo said that a successful tourism season in Cornwall, with the rise of staycations, as well as good e-commerce sales, has helped the business.

“At the moment we’re fine, and we’re grateful that we’re not up against it,” he said. When lockdown was first announced, Camel Valley’s online sales were so successful that courier Parcelforce had to bring an extra van to pick up orders.

“It might sound daft, but people panic bought everything, and that included English wine,” Lindo said. “Sales went through the roof and we had trouble keeping up with them. That made up for an awful lot. While we won’t recover income from when we were closed, in terms of sales, if you add mail order and retail sales, it was almost like a normal period. It certainly wasn’t as bad as it could have been, we were very lucky.”

However, social distancing requirements has meant that caps have been put on visitor numbers. Lindo said that the winery has been doing table service since reopening to the public in July, but numbers were limited by how many it can safely accommodate inside if it were to rain.

For now, Lindo is concentrating on balancing stock so that he fulfills all orders from suppliers, something that is becoming more difficult to anticipate due to new restrictions imposed on the hospitality sector and the potential impact of the 10pm curfew.

During the crisis, the winery has also donated £2,500 to St Petroc’s homeless charity, which has helped fund extra food parcels, sleeping bags and hygiene kits to those without a home in the local area.