It’s no surprise that Jingmai O’Connor is into bones, skeletons and other preserved remains of creatures that existed hundreds of years ago. But what makes the Field Museum’s new dinosaur curator stand out from her paleontologist peers is her interest in rock — punk rock, that is. “I think I’ve […]

It’s no surprise that Jingmai O’Connor is into bones, skeletons and other preserved remains of creatures that existed hundreds of years ago.

But what makes the Field Museum’s new dinosaur curator stand out from her paleontologist peers is her interest in rock — punk rock, that is.

“I think I’ve shown that you can be a nerd and still have fun and live your life,” said O’Connor, who once named a fossilized bird she discovered after Greg Graffin, the lead singer of the L.A. punk band Bad Religion.

“I want to show people that scientists do come in all forms. Being a scientist starts early in life and if people think that it is not accessible to them or only open to certain types of people, then people aren’t going to think it’s a choice that is for them.”

O’Connor, 36, was recently named associate curator of fossil reptiles at the Field Museum.

The Pasadena, California native replaced renowned paleontologist Peter Makovicky, who left the Field Museum in June 2019 to join the Department of Earth Sciences at the University of Minnesota.

After O’Connor received her Ph.D. in earth sciences at the University of Southern California in 2009, she gained recognition for her expertise on flying dinosaurs and the transition of dinosaurs into birds.

Most of her O’Connor’s career — which includes studying and working in Australia, China and South Africa — has centered on the birds from the Mesozoic Era.

But at the Field Museum, which houses the world’s largest collection of fossils from the Wyoming Green River formation, she’ll be focusing on “younger” 50-million-year-old fossils.

As part of her research, O’Connor will be piecing together the bird family tree from the Mesozoic Era to present day.

“It still blows me away that I got this job because being at the Field skyrockets you to this position of now being one of the top paleontologists in America,” said O’Connor, who often DJs on her off hours.

“…I’m super excited, and a little nervous, to expand my research interest into the Field’s expertise and collection to learn about these younger birds. We’re going to play around and see what we can find.”

To hear more from O’Connor and what’s next for the Field Museum, tune into a National Geographic Facebook Live panel discussion at 1 p.m. Thursday.

Sun Oct 11 , 2020
TEHRAN – The 16th Resistance International Film Festival will review films on Commander Qassem Soleimani’s role in awakening people of the region and the world in a special section, the organizers announced on Sunday.  Interested filmmakers are asked to submit their films on the main characteristic of the martyr as […] 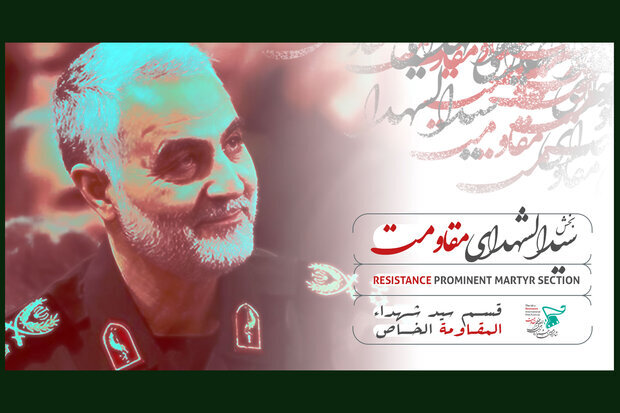