One of Portland’s finest celebration restaurants will not reopen: Holdfast Dining, the supper club known for its daring and creative tasting menus, has permanently closed. The Oregonian first reported that the restaurant — with its intimate chef’s counter, delicate dishes, and lack of outdoor seating — couldn’t withstand the ongoing […]

One of Portland’s finest celebration restaurants will not reopen: Holdfast Dining, the supper club known for its daring and creative tasting menus, has permanently closed. The Oregonian first reported that the restaurant — with its intimate chef’s counter, delicate dishes, and lack of outdoor seating — couldn’t withstand the ongoing tribulations of COVID-19.


Co-owner Joel Stocks says the restaurant’s model, plus the lack of out-of-town diners, made Holdfast seem unsustainable in the long term. “It just seemed to make more sense to move on with things,” Stocks says. “That style of dining in general, I have no idea when that will come back… Who knows when people will be sitting for 2 ½ hours dining again, you know?”

Holdfast started in 2013 as a pop-up, which quickly became a head-turner for breathtaking and surprising plates. Chefs Will Preisch and Joel Stocks first met at the now-closed Park Kitchen, eventually going on to open the Bent Brick with former Park Kitchen owner Scott Dolich. Eventually, the Bent Brick closed and Holdfast soared, garnering the praise from critics throughout the city: Karen Brooks at Portland Monthly called Holdfast “Portland’s next great underground food experience,” while Michael Russell at the Oregonian called Stocks and Preisch “two young chefs poised to become Portland’s next culinary stars.”

The pop-up landed at multiple locales, including the hip urban winey Fausse Piste, but in 2018 the team moved into a two-sided spot on the edge of Ladd’s Addition: Bar maven and business partner Adam Robinson would turn his pop-up Deadshot into a cocktail bar, serving things like puffed beef tendon nachos and drinks pairing mezcal with bitter melon. Next door, chefs Preisch and Stocks would cook through multi-course menus, working in the center of a u-shaped tasting counter. Dinner at Holdfast might include spot prawns tucked under translucent cups of turnips, smoked salmon and roe with foraged sea greens, or a cornbread madeleine hidden under a snow of shaved parmesan, topped with a piece of honeycomb. That last dish has become such an icon, it landed on the menu at Deadshot.

When COVID-19 shut down restaurants across the city, however, there wasn’t really a path forward for Holdfast. The team thought about figuring out some sort of takeout, but it didn’t seem feasible without losing the spirit of the restaurant —“We didn’t want to go so far away from what our brand and our style was,” Stocks says. After six months temporarily shuttered, the team decided to call it and close for good. “When you look at that style of dining, there’s very few ways it can really exist until we get to phase three,” Robinson says. “When’s phase three going to happen? Is it next summer? Is it next winter?”

Robinson is keeping things going at Deadshot, where a few of Preisch and Stocks’ dishes live on. However, the two chefs won’t have a daily presence within the bar; Preisch already has another job as the chef at the Silo Suites B&B at Abbey Road Farm, and Stocks is getting into private chef and pop-up work with his wife, food photographer Emily Stocks. “It’s definitely much more like dinner party, communal vibes,” Stocks says.

For now, Robinson is focused in keeping Deadshot alive, extending its days open and thinking through upcoming pop-ups; some may end up in the space formerly home to Holdfast. But Robinson isn’t making any plants too far in advance, out of necessity. “The way it is right now, you can’t plan more than a week or two in advance. I would love to plan to take over the street and build a tent, but that costs money, and who knows, maybe in two weeks we get shut down again,” he says. “Deadshot is my baby, I will do anything to keep the doors open and the lights on as long as I’m able to.”

Fri Oct 9 , 2020
All products featured here are independently selected by our editors and writers.If you buy something through links on our site, Mashable may earn an affiliate commission. Who wants to manually vacuum when you could let a robot do it for you? Image: ilife By Miller KernMashable Shopping2020-10-08 14:46:02 UTC ILIFE […] 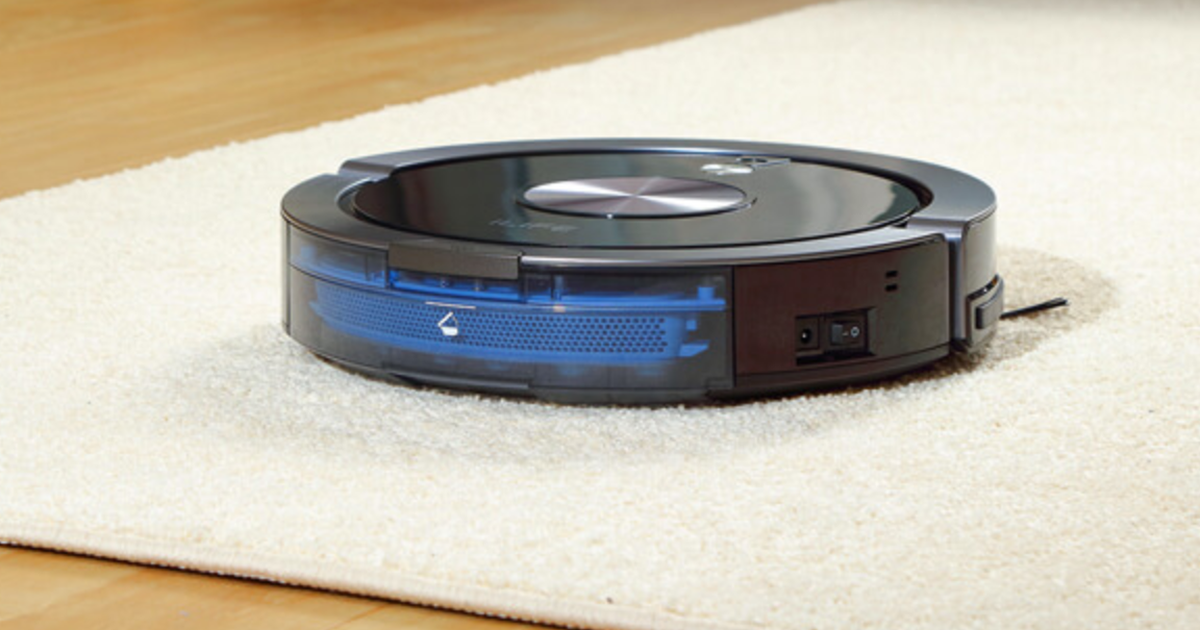