With the first high school football games coming up soon, Ector County ISD Superintendent Scott Muri has announced that ticket sales will take place at Ratliff Stadium. During a media call Wednesday, Muri said this was being done for safety reasons so that the lines can be spread out. The […]

During a media call Wednesday, Muri said this was being done for safety reasons so that the lines can be spread out. The first games are Sept. 24 and Sept. 25.

“All ticket sales from this point forward will take place at Ratliff Stadium and that is so that we can maintain social distancing …,” he added.

Muri said enrollment is at about 32,000 currently and conversations are going on about bringing more students back to campus for in-person instruction.

“We are monitoring the current situation in all of our schools. Right now, we’re in pretty good shape as a school system. The cases that we are seeing are coming from the outside into the school district. We’re also looking at three factors at the community level … the positivity rate; looking at the number of people actually testing positive; and continuing to monitor hospitalization. Those numbers are all trending in a positive direction,” he said.

“The one element that we’re keeping a close eye on right now would be the results from Labor Day weekend. If indeed we had some type of outbreak in our community, we will begin to see the results of that toward of the end of this week and through the weekend. We also, as you remember, brought back a large number of students on Sept. 8, the Tuesday after Labor Day and those two actions … occurring almost at the same time may have created an opportunity in our community to spread the virus even more than we’re already seeing. We hope not. Right now, we don’t have any indicators but we’ll continue to monitor that at least for another week, and if things look good, then yes we are ready to begin to have conversations with our families to talk about how we can slowly over time add more and more children to the face-to-face environment,” Muri added.

On the subject of broadband access, Muri said 39 percent of students in ECISD either have no internet or unreliable internet access.

State Rep. Brooks Landgraf, R-Odessa, and state Sen. Kel Seliger, R-Amarillo, were among a number of legislators who recently signed a letter to Gov. Greg Abbott calling for a statewide broadband plan.

“ … Internet access is critical to the success of our students, not just those 39 percent but all of our students use the internet and I applaud our local legislators, both in the Senate and the House that are taking an initiative, a really bold initiative, to push for legislation to push for state funding,” Muri said.

“We even see this at the federal level. (U.S.) Sen. (John) Cornyn has also engaged in conversations at the federal level about broadband. Right here in ECISD, we’re also working on a plan in partnership with our city and county officials to look at exploring broadband opportunities for every family in our own community. It’s a critical need we’ve talked about in ECISD. It’s really a moral imperative that each of our families has access to the internet within their own home. The thought of our kids not having access to their teachers and having to drive to a local McDonald’s or a Starbucks, or even sit in a parking lot just to attend school that’s unfathomable. Our kids should have that opportunity in their homes, just as they have that opportunity in our schools so I applaud our local legislators for lobbying for that to come not only to Ector County, but to the state of Texas.”

Muri said the district has reached out to smaller providers, but has also looked across the country to how other cities, counties and other entities have begun to solve the broadband problem.

“We have some interesting solutions that we’ll be exploring. We just named the task force that is going to be doing some work for us over the next couple of months, and again, partner with city and county officials to explore the direction that task force leads,” Muri said.

He added that the timeline depends on the strategy that is selected.

“There may be multiple pathways forward and there could be a singular pathway that we choose, but the timeline will purely be dependent on the pathway which we choose to travel,” Muri said.

At the Sept. 15 school board meeting, Muri commented that ECISD is still missing about 500 prekindergarten students that were projected to be in class this fall. The district has about 32,000 students enrolled, which is about 2,000 less than expected.

Most of the students that are not in school are at the prekindergarten and kindergarten levels.

“As we look across the state of Texas, we realize that is not unusual. Districts throughout the state are missing many pre-k students, as well as kindergarteners. Our families are keeping their youngest children at home, and so next week we’ll be launching a communications plan — television, … radio. Hopefully, you all will engage in that with us just to inform our families in ECISD and throughout our community that we do offer full-day prek throughout the district. We have lots of room in our full day pre-k program. The mind of a 4-year-old is still developing and it’s critically important that we engage those young minds so that they can fully develop and become successful adults. Early education is absolutely essential for our children and we want to make sure that the kids in ECISD have a full-day pre-k opportunity.”

Sun Sep 20 , 2020
When you buy through our links, we may earn money from our affiliate partners. Learn more. Airbnb; Alyssa Powell/Business Insider As Americans return to travel, many are looking for destinations that are close to home, according to Airbnb. Dotted with quaint coastal towns and historic sites, Rhode Island is a […] 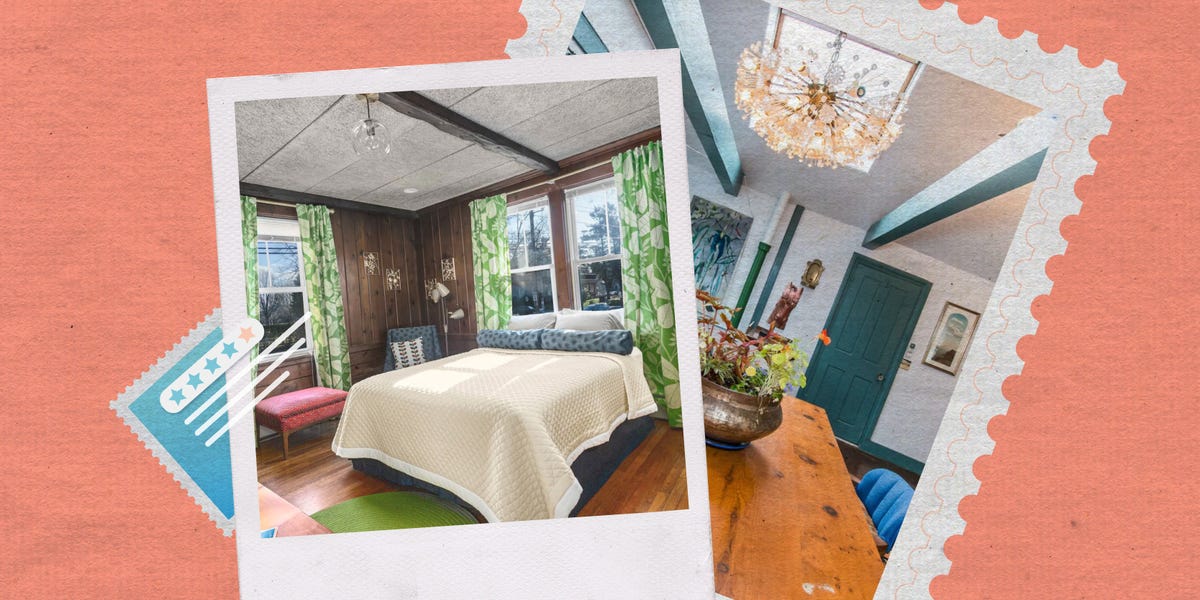