© Provided by Malay Mail Free range ‘kampung’ chicken simply steamed with goji berries — Pictures by CK Lim IPOH, Sept 26 — It’s not nga choy gai (bean sprouts chicken). Nothing that obvious. It’s not even the restaurant’s signature dish but its simplicity is precisely what wins us over: […]

Nothing that obvious. It’s not even the restaurant’s signature dish but its simplicity is precisely what wins us over: free range kampung chicken steamed with goji berries and garnished with an avalanche of julienned green onions.

The chicken’s natural essence — now a precious, reduced liqueur — seduces us. Just a spoonful for each person at the table, no more. But it’s enough.

You would be forgiven if you imagine Ipoh is all about the aforementioned nga choy gai (not overrated but perhaps a tad too pervasive) or agonising over which shop to visit at Dim Sum Street.

It’s certainly what I, as an outsider, thought too.

Hence the joys of a long-awaited weekend staycation, some time away with friends we rarely see (the lockdown earlier in the year was a factor but if we’re honest, it’s just the usual excuses of work and life commitments).


When one of our group, a true blue Ipoh boy suggests his hometown and offers to be a guide, who would say no to that? Especially since that means the rest of us are freed from the headache of planning where to go, what to eat.

Never overpromise and underdeliver, we jokingly cautioned our friend weeks in advance. Our words of warning must have frightened him for he set about dragging us as far away from the town centre as he could.

Readers, he took us to Bercham.

A suburb of Ipoh, Bercham isn’t exactly far away — about 10 kilometres from our hotel or half an hour during rush hour — but far enough that we soon lose track of the number of labyrinthine small roads we turn into and weave out of.

The distance, for what it is, is certainly promising as is the fact we seem to be leaving all the nga choy gai stalls and dim sum restaurants behind.


Perhaps it’s about eating where locals eat. The further we get from the town centre and other tourists, the less we feel like tourists ourselves and more like adopted locals — with our friend the Ipoh boy as the ringleader.

Certainly he’s the one who’s tasked to make reservations. Not for a table — that appears to be first come, first serve — but for any dishes you’d desire before they run out.

The restaurant — endearingly named Kedai Makanan Rasa Lain — is infamous for exhausting their supply of claypot crabs if you’re a latecomer. (And thus we discover their signature dish.) Disappointment awaits the unprepared customer.

Notoriety isn’t a guarantee of recognition, however. While we assume every Ipohan knows the place, another local friend has never heard of it. She asks her parents. They tell her the restaurant is too far and too expensive. The lines are too long. They prefer to eat in their own backyard.

Well, we aren’t in our own backyard; that’s a good part of why we travel, no? Even with cuti-cuti Malaysia, how many of us know our beloved country that well?

I’ve been to every state multiple times and I still get lost when I return to my hometown. (Roads get widened, directions reversed, old landmarks disappear, new ones replacing them.)

© Provided by Malay Mail
Rasa Lain’s signature dish: claypot crab with plenty of glass noodles to soak up all the broth


Fortunately for us, our Ipoh guide’s greatest fear never materialised. There are no lines. Perhaps it’s thanks to the new normal, perhaps due to tightened purse strings.

Or perhaps because we have meekly followed the instructions of our leader and arrived at 5:30pm sharp before the dinner rush.

To be fair, there is already a table occupied by a family tucking into their meal. But otherwise, no dreaded queues. Things change.

We are seated swiftly and discuss what to order. Food allergies shape our menu for the evening; someone can’t eat prawns (though other seafood and shellfish are fair game) so we have to skip a platter of their popular cheesy prawns.

This hardly counts as deprivation: we fill our bellies with fresh lala clams, steamed simply to retain their sweetness; bouncy fish balls, made from saitou (known as ikan parang in Malay) and shaped by hand rather than machine so every bite produces that “QQ” mouthfeel; steamed fish and some greens.

Of course, the final dish to arrive is the long-awaited claypot crab. Our claypot contains a good portion of glass noodles, the better to soak up that delectable mixture of crab juices, nuggets of pork belly and the rather peppery broth.


How does it taste, you ask?

Perhaps the name of the restaurant says it best. Rasa lain. A different taste.

When we are out of our backyard, we get to relax and breathe more easily. I soon realise no one at our table is a particularly seasoned guide to Ipoh – our redoubtable leader included; he casually observes he’s only been here once, maybe — and that’s not a drawback.

Instead, it’s a boon that we can experience the meal, the trip, the weekend, with fresh eyes together.

It’s not about where locals eat. It’s about where a local boy — who’s not that local any more — would bring his friends for a good meal. It’s about how part of the fun when you’re on a vacation is not thinking and letting someone else decide where to go.

The food is neither terrific nor terrible. That’s alright. Whatever food bloggers or influencers would have you believe, what we eat doesn’t have to be life-changing.


What it is, though, is an opportunity for city folks to gather in another town, to be tourists for a spell. It is a chance for us to forget the trials and tribulations of this challenging year and just be.

It’s time for friends who live so near each other but are too busy to meet until they go on a road trip. Let us be in communion and companionship. Let conversations and camaraderie reign.

We may not be what we eat but perhaps we are who we eat with.

They say we are the average of the five people we spend the most time with. Right now, at least for a weekend, we sup with each other and we celebrate the tiny achievement of making this happen.

Will Greece and Italy be added to the quarantine list? Latest coronavirus update and travel advice

Sat Sep 26 , 2020
GREECE and Italy are likely to escape being placed on the UK quarantine list, despite their daily coronavirus cases continuing to rise. Countries that have more than 20 new cases per day, per 100,000 people over seven days, are at risk of facing quarantine restrictions enforced by the UK government. […] 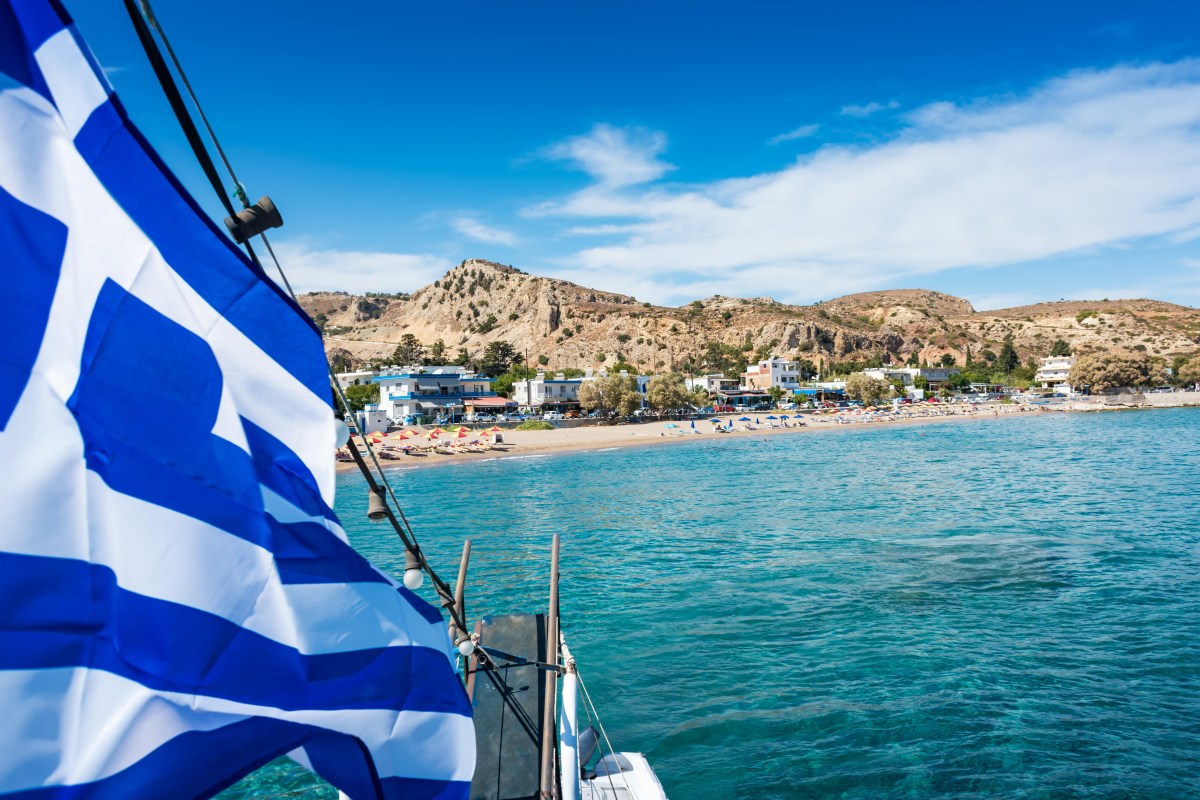