A couple of tourists cuddle husky pups during their visit to Husky Homestead, which informs visitors of Alaska’s sled-dog tradition. (Courtesy of Husky Homestead) As this summer’s tourism season winds down, Denali Borough officials and business persons are assessing the economic impact of the sharp, pandemic-driven decline in the number […]

As this summer’s tourism season winds down, Denali Borough officials and business persons are assessing the economic impact of the sharp, pandemic-driven decline in the number of visitors to Denali National Park. The downturn has been especially painful for communities that are heavily dependent on the tourism industry, like those in the Denali Borough.

Among the dozens of businesses outside of Denali National Park and Preserve is the Husky Homestead. General Manager Carrie Skinner says it’s a popular tourist attraction that gives visitors a chance to learn about sled dogs up close and personal, starting with little fuzzy husky pups.

“Guests come and get to hold a puppy, when they arrive,” she said, “and then the first portion of our presentation is about the Alaskan Husky sled dog. We share people how we name them, train them, raise them …”

Skinner says the Husky Homestead had its best season ever last year, with more than 21-thousand customers. But this season, that number fell to just over a thousand – a dropoff of some 95%.

“We never could’ve seen COVID coming, and what kinds of impacts it would have on the travel industry worldwide,” she said. “I mean, it’s pretty much decimated it.”

Skinner also serves as the Denali Chamber of Commerce’s board president, and she says the downturn has been hard on both tourism businesses and those that depend on the economic activity the industry generates locally. She says most of this summer’s missing tourists were those who would’ve come to the national park in buses or trains as part of package tours offered by cruise companies.

“We are heavily dependent on visitors who are coming up on the cruise ships,” she said.

Borough Mayor Clay Walker says the dropoff in tourism has in turn reduced revenues that the industry usually generates for the borough government. He says to help ease the pain, the borough has established relief programs, one of which, Denali CARES, distributed $730,000 in federal grants to local businesses that have been feeling the pinch.

“It was a really rough year,” Walker said. “A lot of businesses didn’t open. Some of those that did, wish they hadn’t. Others that did open actually said it was worthwhile.”

Walker outlined the sharp decline in visitors in the mayor’s report he delivered in last week’s borough Assembly meeting.

“As expected, due to pandemic mandates and travel restrictions, the final quarter of Fiscal Year 2020, which ended June 30, saw a dramatic decline in overnight accommodations tax revenue,” according to the text of the report in last week’s agenda. “Preliminary numbers show a 96 percent decline. Overall, the preliminary numbers for FY 2020, which will be finalized and audited in the months ahead, show a more modest net contraction in our financial position, thanks to a robust first quarter of receipts.”

The mayor said he’s encouraged that bookings for cruises to Alaska next summer are brisk.

“The level of bounce back next visitor season depends upon many factors,” according to the text of his report. “”I have spoken visitor industry leaders and have heard different levels of 2021 projections. Without cross-gulf sailings in 2021, projections are maybe twice the level of visitation we saw this July and August. With cross gulf sailings, we could see a much more significant rebound.”

Walker says businesspeople who opened their doors this season muddled through partly by adjusting their expectations early in the season. He says the fact that they faced much less competition this year has also helped.

“I spoke with several (businesspersons), some (owners of) restaurants and even a rafting company, that said their season was actually decent, based on lower expectations and the fact that there weren’t many others open.”

Walker says that ability to adapt to changing circumstances is essential to conducting business this year and next, when he hopes a vaccine will be available and the concern over covid hopefully begins to recede. For example, he says businesses should be flexible to accommodating changes that might include booking fewer tourists at a time.

“I do think people will be traveling in smaller groups, potentially, especially next summer, and looking for smaller-group activities,” he said. “And I think businesses that can respond to that and provide those opportunities may be posed for success.”

Both Walker and Skinner say the state’s efforts to promote more in-state tourism by Alaskans have helped boost the otherwise slow season.

Skinner agrees the tourism business and many other industries all will have to adapt and adjust to the new normal that may or may not eventually return to what we all used to consider “normal.”

“I’ve heard from a few people who are like, ‘It may take a while, but we’re going to return to normal,’ ” she said. “And there’s a few who say, ‘Well, we need to realize that may take a while and that this may now be our new normal, at least for a time period.’ ”

Skinner says regardless of whether the new normal persists into the coming year, she’s pretty sure there will always be a strong demand among visitors to hold a little fuzzy husky pup.

Sun Sep 20 , 2020
Australia should capitalise on tighter migration restrictions in place across the world and promote skilled migration as part of its coronavirus recovery, an industry report has found.  A new study from the Committee for the Economic Development of Australia (CEDA), released on Monday, has urged the federal government to introduce […] 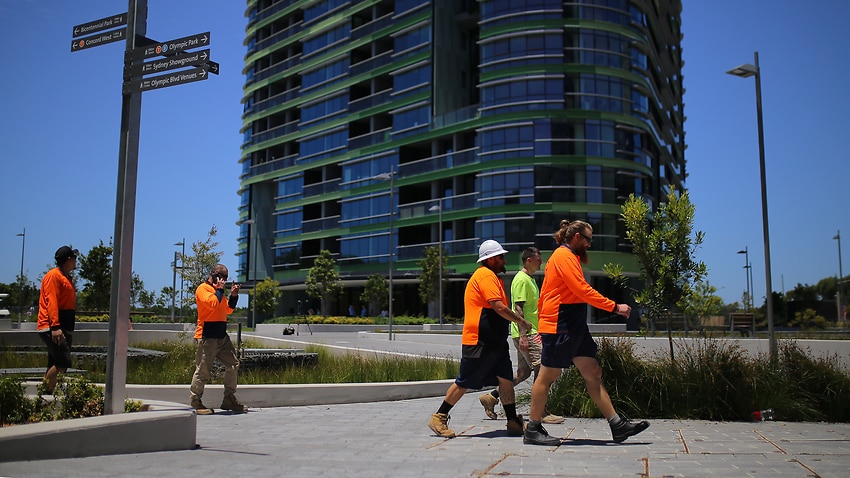