Dog ownership has surged during the pandemic, but our furry friends can make going on holidays complicated. Photo: iStock Many who are working from home during the pandemic have acquired another family member. Four feet, lots of fur, barks sometimes, a little demanding but lovable all the same. Pre-COVID-19 we already […]

Many who are working from home during the pandemic have acquired another family member. Four feet, lots of fur, barks sometimes, a little demanding but lovable all the same.

Pre-COVID-19 we already had one of the highest rates of dog ownership in the world, and those pandemic pooches have added measurably to the number of dog owners in Australia. According to RSPCA figures, in March 2020 about one in every four Australian households had a dog and the numbers of Australians adopting or fostering pets exploded once lockdown began.

Come holiday time and man’s best friend can become a problem. You can board them, leave with friends or get in a dog-friendly house sitter – but you might come home to chewed furniture and a dog that now looks at you with sad and accusing eyes. So why not take them along?

“Hold on there,” you might be saying. Take your dog into a hotel, or even a cafe? That’s still not possible in most places where food is being served, aboard public transport and in most hotels and motels, but slowly things are changing.

“Bringing a pet can be as important as bringing a child, for some it’s a crucial ingredient of the holiday,” says Dr Schwartz.

His Accor-branded properties including the Fairmont in the Blue Mountains and the Mercure Canberra have dedicated pet-friendly rooms with food and accommodation tailored specifically for dogs and easy access to outdoor areas.

Dr Schwartz has hopes of extending that to some of his hotels in Melbourne and the Hunter Valley and Sydney’s Sofitel Darling Harbour, “but it’s complicated.”

There’s a correlation between dog ownership and the welcome they get from the hospitality business. Managers who are dog owners are more likely to extend the paw of friendship to fellow owners.

“For many of our guests it’s stressful leaving their pets at home,” says Kennedy. “We’re looking to remedy that with our pet friendly rooms and there’s been huge interest from guests. We’re also bringing something different to the accommodation experience, and QT Hotels are all about celebrating individuality.

“At the same time we want to make sure there’s no negative impact so we limit the number of pets in house at any one time and there are rules. For example dogs are never to be left alone in the room. But there’s a positive energy that animals bring to any environment and the early response has been great.”

“It wasn’t as easy constructing a menu for dogs as I first thought,” says Nic Wood QT Hotels Head of Treats.

“Some dogs like raw food, others prefer cooked. I had to include some vegetarian options but creating a menu for dogs is very similar to designing a menu for humans. It’s got to be healthy, so minimal fat, next to no sugar and it’s got to be balanced. We had taste testers lined up in Sydney, the only prerequisite was four legs, but we got plenty of wagging tails and empty plates which is the response we’re looking for.”

Caravan parks are another good option for dog owners. Big4 Holiday Parks, with caravan parks right across the country, has a number of pet friendly parks – 38 in NSW alone, 22 more in Victoria. Located in prime coastal and inland locations, these holiday parks offer flexible accommodation options, from campsites to powered van sites and self-contained cabins and villas, at prices that put wings on your holiday dollars.

Self-contained accommodation sourced from Airbnb or Stayz is yet another option, and there are plenty of alternatives here – in bushland, wilderness, in alpine surrounds and close to the beach where your waggy-tailed friend can cut loose.

While travel with pets is getting easier in Australia, we’re a long way behind Europe, where dogs are commonly seen at cafe tables, on trains and planes and in hotel dining rooms, sometimes sitting in chairs – but then they’re trained for it, and well behaved.

Dining at a small hotel one evening in Italy’s northern Dolomites region, a couple at the next table stood up to leave and a dog suddenly materialised from under their table, shook itself and followed them out the door. It wasn’t a small dog either but a stout mountain breed. I’d been sitting just a couple of metres away yet I had no idea it had been curled up at their feet.

See also: Why you can’t fly with an ’emotional support animal’ in Australia

See also: The 10 most beautiful small towns in Australia you must visit 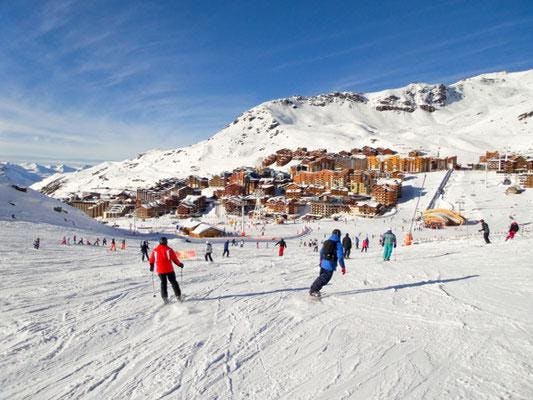