UK pub and brewing business Greene King is working with the International Slavery Museum this month to raise awareness of the company’s historic link to the slave trade. 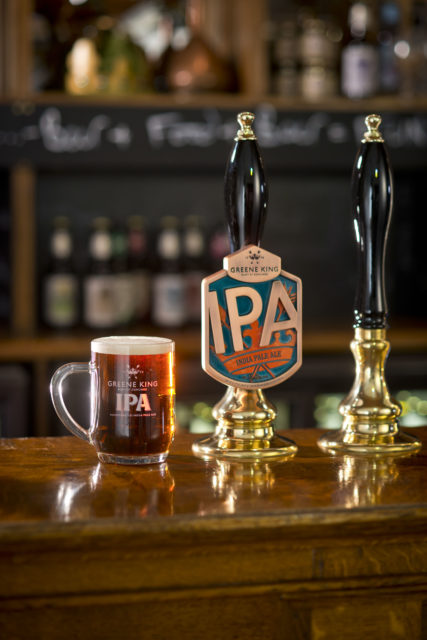 Greene King employees will be given the option to take part in online workshops on transatlantic slavery, and the museum will also work with Greene King on exploring the history of Benjamin Greene, one of the brewer’s founding members, who profited from slavery and argued against its abolition in the 19th century.

The origin of the founder’s wealth was outed earlier this year by a report from researchers at Oxford University detailing the historic connections many household brands today have to slave-ownership.

Greene King was founded in 1799 by Benjamin Greene, who went on to own cane sugar plantations in the West Indies where he owned enslaved Africans and profited from their labour. The founder was a huge advocate of slavery, and wrote columns in his own newspaper that were critical of those campaigning for its abolition. He was, like the vast majority of slave owners at the time, financially compensated when slavery was abolished.

When the link to Benjamin Greene was made public, Greene King’s chief executive Nick Mackenzie said the company would prioritise making reparations for the founder’s actions.

Greene King has made an undisclosed donation to support the National Museums Liverpool’s Black History Month programme which will run in October.

This will be followed up by various initiatives over the course of the year as part of Greene King’s wider inclusion and diversity programme, a spokesperson for the company said in an emailed statement.

Richard Benjamin, head of the International Slavery Museum, said the group’s actions are “a positive step in the right direction”.

“Reparative justice must acknowledge past abuses and respond to their continuing legacies.

“We hope that more institutions and businesses in the UK with the same historical links to slavery can be equally as transparent about their origins.”

The company is also working on a number of other schemes to promote equality in its own infrastructure, including gathering data on the racial diversity of employees, implementing a ‘comply or explain’ diversity target with partnering recruitment agencies, and setting up an employee led race diversity group.

Mackenzie said: “We’re working hard to build a more inclusive and diverse workforce with increased opportunities for people from minority ethnic backgrounds, but equally we don’t want to lose sight of the past.

“It is inexcusable that one of our founders profited from slavery and while that was nearly 200 years ago we can’t pretend it didn’t happen. We want to educate and work with the International Slavery Museum to learn more about the past and better inform our choices for the future.”