Topline Hong Kong Disneyland announced late Monday that it will reopen to guests September 25 after shutting down in July amid a spike in local Covid-19 cases, leaving Disneyland Resort in California as the only Disney park still shuttered worldwide as its continued closure becomes a growing source of controversy […]

Hong Kong Disneyland announced late Monday that it will reopen to guests September 25 after shutting down in July amid a spike in local Covid-19 cases, leaving Disneyland Resort in California as the only Disney park still shuttered worldwide as its continued closure becomes a growing source of controversy among California officials.

Hong Kong Disneyland will reopen to guests five days a week with increased health measures and capacity restrictions, after the park initially reopened in June before closing again as Hong Kong cases rose.

Disneyland was initially slated to reopen in July after closing in March, but the park remained closed at the direction of the California state government, though its Downtown Disney shopping district has since reopened.

Disneyland-area mayors in Anaheim, Buena Park and Garden Grove have also called for reopening theme parks, saying that Disneyland’s continued closure is a “disaster” for the local economy and local officials need an “economic recovery roadmap” to know when parks will be allowed to reopen.

Newsom has said that an announcement on theme park reopenings will be coming “soon” as California’s Covid-19 cases have declined from a peak over the summer—though the state has still recently reported more than 3,000 daily cases—and Orange County, where Disneyland is located, has moved to a lower tier in its reopening plan that allows more indoor businesses to reopen.

Walt Disney World in Florida garnered heavy criticism for reopening in July amid the pandemic and a surge in cases in Florida, and the Daily Beast reports that Disneyland employees in Downtown Disney have raised significant concerns about how the theme park handles staff coronavirus outbreaks.

“I encourage you to treat theme parks like you would other sectors. Help us reopen,” Disney parks chairman Josh D’Amaro told California state officials at a virtual press conference Tuesday, noting that the longer Disneyland is closed, “the more devastating the impact will be to Orange County.” “We’re ready. It’s time.”

$1.3 billion. That’s the amount of tax and local revenue that Anaheim and other cities surrounding Disneyland have lost as a result of the park’s closure, according to Anaheim Chamber of Commerce President Todd Ament.

Disney’s theme park closures amid the pandemic have been a huge financial burden on the company, with the company’s parks division losing $2 billion in its third quarter as a result of the closures. CEO Bob Chapek said on the company’s Q3 earnings call that attendance at Walt Disney World had not rebounded as much as the company had expected, as the Florida resort’s reopening became a flashpoint for criticism and cases in Florida remained high. Theme parks in Walt Disney World hit capacity over Labor Day weekend, however, and guests have more recently reported a noticeable influx of crowds despite the park’s limited capacity to ensure social distancing. (Florida Gov. Ron DeSantis said in August he supported theme parks raising their capacity limits as cases declined, but Walt Disney World has not responded to a request for comment regarding whether its theme parks have increased their capacity in response.) Disneyland’s Downtown Disney appears to have also repeatedly hit its capacity limits for crowds as the theme parks themselves remain closed, according to official social media accounts.

Full coverage and live updates on the Coronavirus

How Do You Open an Interactive Museum in a Pandemic? Very Carefully

Tue Sep 22 , 2020
New York’s first Makeup Museum, an immersive, interactive concept focusing on touch and experimentation, was slated to open in May. Its premiere exhibition, “Pink Jungle: 1950s Makeup in America,” would encourage visitors to take part in experiences like mixing their own makeup or indulging in facials modeled on the ones […] 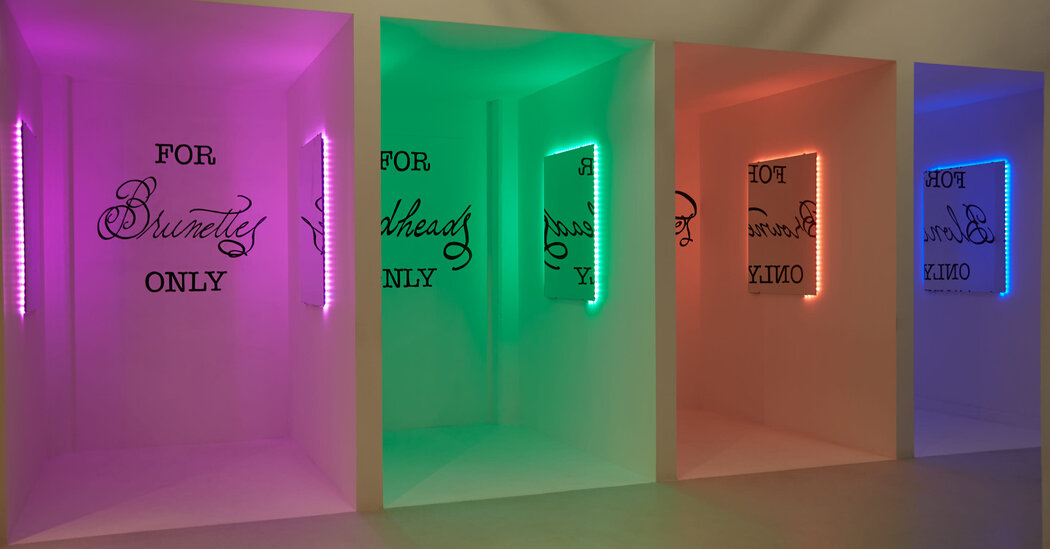