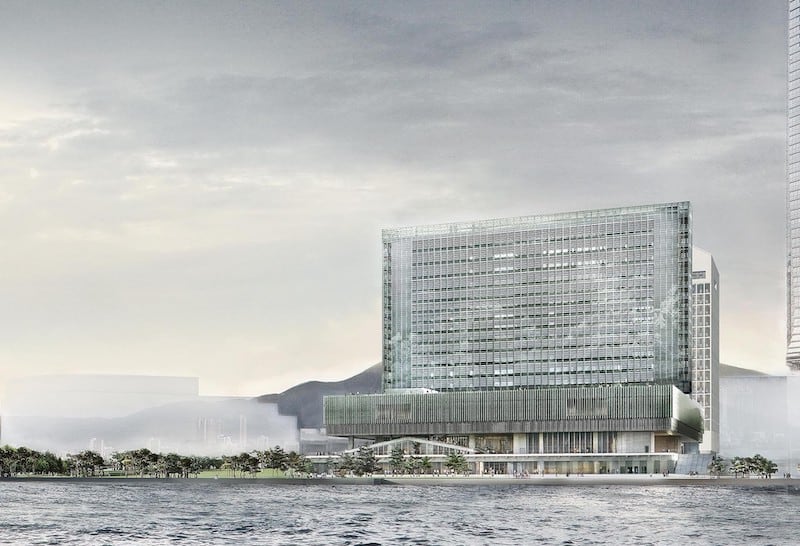 The opening of M+, the upcoming museum of modern and contemporary visual culture in Hong Kong, has been postponed once again, this time until autumn 2021.

The Herzog & de Meuron-designed M+ “has reached the point of physical completion, with final fixtures now under way”, a spokesperson told The Art Newspaper.

“Work will now focus on the construction of internal fittings and fixtures, including the installation of the M+ collections and preparing the museum to open later next year.”

M+ is a museum dedicated to collecting, exhibiting, and interpreting visual art, design and architecture, moving image, and Hong Kong visual culture of the 20th and 21st centuries.

According to the Art Newspaper, the M+ museum’s public spaces will be completed in November. It was originally scheduled to open in 2017, but has been repeatedly delayed.

M+ was originally scheduled to launch in 2017

Plans are moving ahead on M+, despite the upcoming departure of the chief executive of West Kowloon Cultural District, Duncan Pescod, on November 28.

Pescod said that statutory inspections on M+ are complete and that a formal issuance of its Occupation Permit will take several more weeks.

M+ has been active in Hong Kong and around the world since 2012. The M+ building, a permanent home in Hong Kong, is currently under construction in the West Kowloon Cultural District.

The West Kowloon Cultural District features the M+ Pavilion, Art Park and Xiqu Centre. The Hong Kong Palace Museum is set to open in 2022, followed by the Lyric Theatre in 2024.

M+ is part of the West Kowloon Cultural District

Hong Kong shut down government-run museums in late January, before they gradually began reopening in March. However, this came before a second wave of the pandemic, with identified cases of COVID-19 doubling in Hong Kong between March 16 and March 23.

M+ Pavilion reopened on September 16 with an exhibition by artist Shirley Tse extended to November 1.