A local woman working for the Covid test booking line has lifted the lid on the “horrendous” calls she has faced. The worker, from the Dumbarton area, told us how: people returning from holidays are asking for tests instead of quarantining; employers are pressuring staff to get tested unnecessarily; care […]

A local woman working for the Covid test booking line has lifted the lid on the “horrendous” calls she has faced.

The worker, from the Dumbarton area, told us how: people returning from holidays are asking for tests instead of quarantining; employers are pressuring staff to get tested unnecessarily; care home staff are trying to book appointments because they haven’t been given kits by employers and panicked parents are trying to secure tests after kids are sent home from school with colds.

She also added that people from our area have been sent to Inverness or Aberdeen because of a lack of availability closer to home.

West Dunbartonshire is worst in Scotland for Covid cases

And she has spoken out about the conditions facing workers overwhelmed by calls after she worked a 12-hour shift in which she took 81 phone calls – which equates to more than one every 10 minutes without a break.

She said: “The calls have been absolutely horrendous. The abuse I have taken has been awful. I have had racial abuse from people outwith Scotland as well because I have had to tell people they weren’t getting tested.”

The woman, who asked to remain anonymous, said she fears schools aren’t clear on the guidelines and that the messages from the Scottish Government aren’t explicit and are being ignored.

The call handler explained: “The majority of the calls have been from Scotland, the problem being the schools are sending children home that have a cough or a runny nose telling them they are not allowed back into the school until they have a negative test.

“The parents in some cases are being told that the whole family have to be tested.

“The whole family don’t need to be. I think parents are panicking and I know why. They don’t want their kids off school and they don’t want to have to take more time off work.

“They will be worrying if they are going to get paid. It’s very frustrating.”

First Minister Nicola Sturgeon last month said that there had been a massive rise in the number of young people being screened and urged parents to ensure they were only booking a test if their child had one of the three main Covid symptoms – a new, continuous cough, fever or change or loss in their sense of taste or smell.

But the woman we spoke to said people are also asking for tests when they come home from holiday to avoid quarantine.

She explained: “It is my job to say to them ‘you could still develop symptoms within 14 days’ but they don’t take that well.

“People just get really angry with you when you turn around and say that what they are describing isn’t a symptom of Covid. Employers as well are asking for people to be tested and the person doesn’t have one of the three symptoms.”

But the worker says she does feel for people who are legitimately trying to get tested: “I had a girl on who had booked a test. She had got there and the code which she was sent wouldn’t open to be scanned so they refused her entry.

“I could hear her baby crying in the background. The people at the test centre told her to phone us to get booked in again but there were no appointments available. I was trying to explain to her but the abuse she was giving me was terrible.”

The Lennox Herald told last week how a Dumbarton mum had to take two of her primary school-age children to get tested within a couple of weeks of each other with one of the tests in Prestwick.

But the call centre worker we spoke to told us how people locally have been offered screening appointments even further afield. She said: “I have had to book tests for people in this area and their closest test is in Inverness or Aberdeen. My son went to book his test and he was told he would have to go to Belfast from Dumbarton.

“I had a call from Helensburgh and the nearest test was in Dundee. If they have got a virus are they going to be able to get there and back without stopping for the toilet? They can’t even get out the car when they get there.”

The woman also raised concerns with us about tests not being available for key workers because of other people taking up appointments.

She said: “There are people who do need to get tested. We have got care workers who have been calling us as they have to get tested every week.

“The care homes aren’t getting kits so they are asking us to get them a test but we can’t get them booked in. People will just start to think ‘is it worth the hassle?’.”

Dumbarton MSP Jackie Baillie expressed concern over the circumstances and said: “I was deeply disappointed to learn that a few members of the public who have been contacting these centres are being abusive to those taking the calls.

“Any issues that arise when you call the Covid-19 test helpline is not the fault of the individual handlers. It is the responsibility of the Scottish and UK Governments to make sure that there is enough capacity to deal with those requiring tests.”

A Scottish Government spokesperson condemned any examples of essential workers being threatened with abuse and added: “We have taken a range of steps to ensure the public knows when they should seek Covid testing and we have been clear in all of our messaging.

A UK Government Department of Health and Social Care spokesperson added: “We condemn any form of abuse towards staff who are performing a vital role in stopping the spread of coronavirus.”

Capacity at Lucas Oil Stadium increases to 7,500 for Colts’ Sept. 27 game against Jets 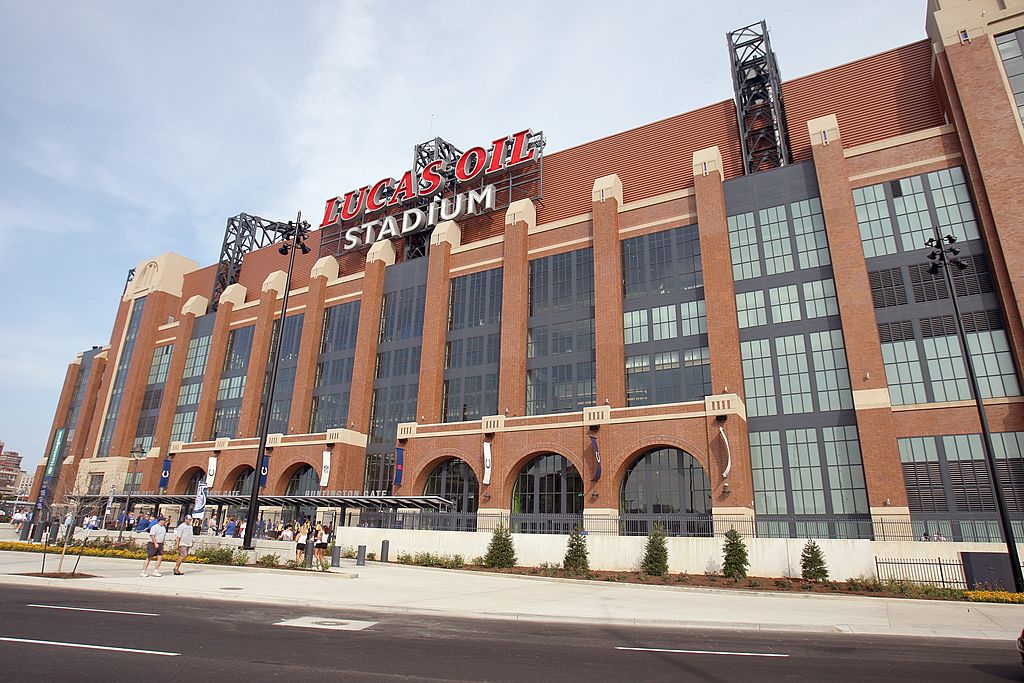