Tennessee will allocate football tickets to season-ticket holders in a descending order based on their Tennessee Fund annual gift amount and donor rank. UT announced its ticket allocation strategy on Tuesday. Tennessee plans to restrict attendance at Neyland Stadium to about 25% of capacity because of the COVID-19 pandemic. Starting Thursday, […]

Tennessee will allocate football tickets to season-ticket holders in a descending order based on their Tennessee Fund annual gift amount and donor rank.

Tennessee plans to restrict attendance at Neyland Stadium to about 25% of capacity because of the COVID-19 pandemic.

Starting Thursday, donors in descending groups will receive an email from the Tennessee ticket office offering tickets in a specific location, along with a deadline to accept or decline the ticket offer.

Fans will have 48 hours to respond to the email. If no response is received by the deadline, tickets will be considered accepted and charges will be processed.

Seats will be assigned to create at least a 6-foot buffer between ticket groups. The location of allocated seats will be different from the season-ticket seats that originally were purchased.

Tennessee does not plan to sell single-game tickets, aside from student tickets and any tickets distributed to the opposing team that are returned.

Fans who purchased season tickets have the option to opt in, meaning they want seats, or they have multiple opt-out options.

Regardless of whether a fan chooses to attend games this fall, everyone who purchased 2020 football season tickets will retain their status as season-ticket holders, along with their chosen seats, when the 2021 renewal process begins.

Tennessee sold about 56,000 season tickets for this season. Neyland Stadium’s listed capacity is 102,455.

Those who purchased season tickets are not guaranteed that they will be allocated seats.

After each group’s deadline passes, tickets will be assigned and offered to the next donor group. This process will continue until ticket offers are provided to all active Tennessee Fund donors or the adjusted capacity is reached. This group email process could take up to three weeks, as UT proceeds throughout descending groups.

After offers have been extended to active Tennessee Fund donors, any remaining ticket inventory will be offered to season-ticket holders who are not active donors.

“I can’t overstate how much I empathize with the thousands of fans who won’t get to experience gameday in Neyland Stadium this fall,” Tennessee athletics director Phillip Fulmer said. “These circumstances are beyond our control, and we understand the importance of playing our part to keep our community healthy. For those who will be with us in the stadium this season, please know that we are committed to creating the safest possible environment in and around Neyland Stadium.”

Fans who purchase tickets on secondary markets cannot be assured that their seats will be socially distanced from other fans.

What will the capacity be?

Tennessee has not determined a firm capacity limit.

The figure depends, in part, on how many people are in each ticket grouping – the size of groupings will affect placement of subsequent groupings – and capacity limits that state and local health officials might place on skyboxes.

Capacity restrictions in place at the start of the season could change.

Did the price of my tickets change?

Original season-ticket prices did not change.

The Vols are scheduled for five home games, down from the original schedule of seven home games, which included three nonconference games.

The SEC shifted to a 10-game, conference-only schedule because of the pandemic. Tennessee is scheduled to begin the season on Sept. 26 at South Carolina, with its home opener slated for Oct. 3 against Missouri.

What if I want to opt out of tickets?

Fans who wish to opt out of their purchased tickets will have three options:

Fans choosing any of these options will retain their status as season-ticket holders, and their chosen seats, for the 2021 renewal process.

What about skybox, club and terrace seating?

Tennessee sold out all of its skybox and premium seating in the East and West clubs and the Tennessee Terrace.

Tennessee will work with health officials to determine capacity limits in each skybox. Skyboxes feature 16 seats.

For club and terrace ticket holders, they’ll be asked to choose between two packages.

Package 1 includes allocated seats in the club or terrace area for the Alabama, Missouri and Kentucky games, along with allocated tickets for seats in the main bowl for the Florida and Texas A&M games.

Package 2 includes allocated seats in the club or terrace area for the Florida and Texas A&M games, along with allocated tickets for seats in the main bowl for the Alabama, Missouri and Kentucky games.

What about student tickets, opponent tickets and the band?

Opposing teams will be allocated 500 tickets.

Student tickets will be sold and distributed on a game-by-game basis.

The Office of Student Life will determine the seating plan for student tickets. Student sections will remain the same (D-K). Students can request tickets via BigOrangeTix.UTK.edu, beginning Sept. 23 for the home opener.

Tennessee does not plan to allocate ticketed seats within the band’s traditional section, with the expectation that the band will have a presence in the stadium. Plans have not been finalized for how many band members will be allowed and how they will be spaced within their section.

Blake Toppmeyer covers University of Tennessee football. Email him at [email protected] and follow him on Twitter @btoppmeyer. If you enjoy Blake’s coverage, consider a digital subscription that will allow you access to all of it. Current subscribers can click here to join Blake’s subscriber-only text group offering updates and analysis on Vols football.

Wed Sep 23 , 2020
Florida’s governor held a roundtable discussion with theme park leaders at Universal Orlando. ORLANDO, Fla. — Florida’s major theme parks have been reopened for a couple of months now, and all have new health and safety procedures because of the COVID-19 pandemic. During a roundtable discussion Wednesday at Universal Orlando, […] 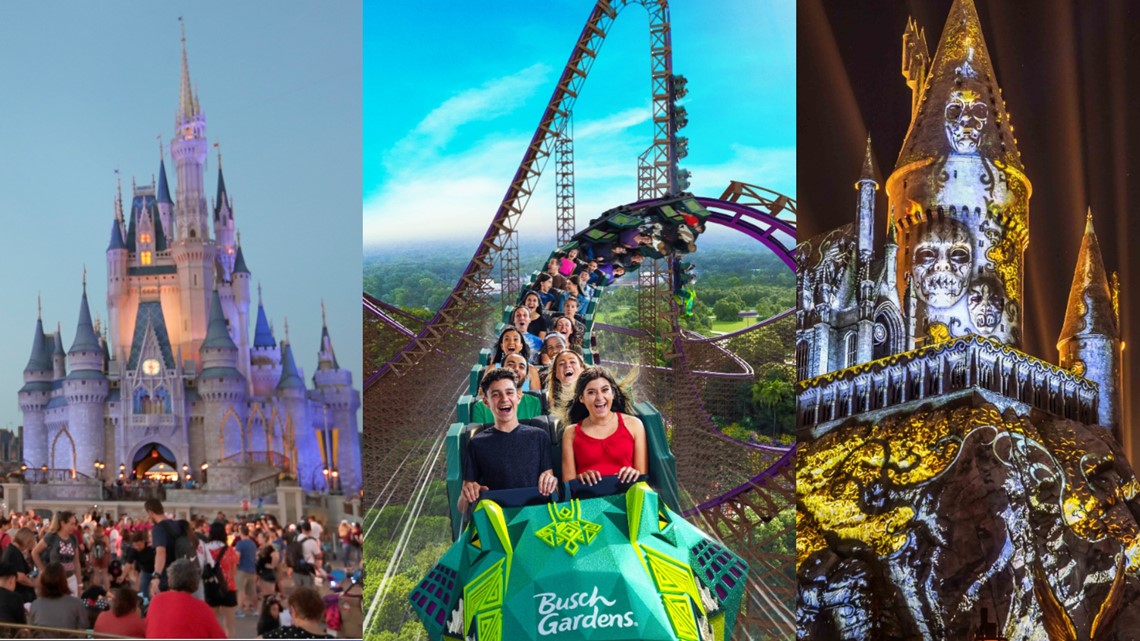