Throughout Kratos’ adventure, there are 12 God of War treasure maps to find and solve. Each map alludes to a different location, and once you match up each drawing to the corresponding area, you’ll discover a stash of handy materials which you can use to upgrade your gear. If that […]

Throughout Kratos’ adventure, there are 12 God of War treasure maps to find and solve. Each map alludes to a different location, and once you match up each drawing to the corresponding area, you’ll discover a stash of handy materials which you can use to upgrade your gear. If that wasn’t enough of an incentive, if you manage to locate and solve all 12 maps, you’ll also unlock the God of War Treasure Hunter Trophy. Lovely stuff.


Still, this isn’t necessarily an easy task. Matching each drawing up to an area that you’ve yet to discover can be a surprisingly difficult task. In fact, even when you manage to reach the destination on the treasure map, the specific location of the treasure isn’t always obvious. Sounds like a lot of admin for a God, if you ask us. Luckily then, we’ve prepared a comprehensive guide to tracking down and solving these 12 God of War treasure maps, so that you can net the rewards without the stress of the hunt. With this arriving on PS5 as part of the PS Plus Collection games, there’s never been a better time to go for that Platinum trophy.

Check out all of the God of War treasure maps in our video below:

How to find it – At the southeast part of the Lake of Nine is a boat dock called Lookout Tower. Pull your boat up and head up along the beach, take out the awaiting nightmares and then get Atreus to pick up the glittering scroll on the sand.

How to solve it – The clue mentions an offering left for those who suffered in the Dwarf King’s quest for glory, so you know it’s got something to do with that royal pain. The Hunter’s Kingdom treasure is actually lying in Veithurgard, just watch out for that dragon. Head to the far left of the Veithurgard area, near to the big door sealed by spinning rune locks. Take out all the enemies that great you, and then head to the left hand side of the door, right next to the lore marker. There’s a little heap of stones there that hide the treasure.

How to find it – To the east of the Lake of Nine is an area called Stone Falls, you’ll know it when you see the big waterfall flowing over the stone mountain. They like to be literal in God of War. The Boat Captain’s Key treasure map is just lying there on the beach right near where you pull up the boat.

How to solve it – As the map suggests, this one is all about a captain that went down with his ship, which just happens to be perched on the Isle of Death. It’s just ot the south west of Tyr’s Temple, and is the largest island on the map. Get to the top of the island and the treasure is waiting for you inside the hull of the shipwreck.

How to find it – In the grey rocky area just below the Mountain is the Volunder Mines, accessible via the Cliffs of the Raven. Grab Brok’s Labour, work your way through the first chamber, killing the mythical beasties, crank open the door and follow the path around to the right. There’s a chain at the end that you’ll need to go down, where you’ll find the treasure map next to the red chest.

How to solve it – As the name and image suggest, this treasure is right by the body of a giant. Head to the Cliffs of the Raven, and go to the pile of rocks by the giant’s stomach for your treasure.

How to find it – Fafnir’s Storeroom, to the very east of the map through the Forgotten Caverns is home to a load of collectables, including the Don’t Blink treasure map, which is lying next to a dead knight just by the altar inside Fafnir’s Vault.

How to solve it – If you’ve got to the mountain you’ll know that there’s a giant face on it, but thanks to that thick black smoke you won’t be able to solve this treasure hunt until you have the Bifrost Crystal. When you do, head up the mountain until you’re directly underneath the stone face, then work your way back down the path a little until you find the stone pile.

How to find it – One of the only treasure maps where the map and the solution are close together is The Turtle’s Tribute. You’ll find the map in the Lower Level of the Witch’s Cave, right over to the right hand side if you’re coming from the Witch’s Cave itself. By the climbing block barred by branches at first, in the room on the right.

How to solve it – Head back to the Witch’s Woods and you’ll find the treasure just to the right  of the giant turtle’s head.

How to find it – Head over to the Landsuther Mines to the south west of Lake of Nine, and mosey on down to the lower levels down the wooden planks. If you go all the way down, head down the track a bit and jump into the lift on the left. Up in a little gap you’ll find a red chest and the Kneel Before Thor treasure map.

How t o solve it – The treasure that lies at the feet of the God of gods can only be in one place – the base of the Thor statue. Head over there and it’s right beside his right foot.

How to find it – Head over to Iron Cove at the west of Lake of Nine and the treasure map is just up the beach in the little alcove at the top left of the beach.

How to solve it – The clue is in the name for this one, so head to Buri’s Storeroom to the east of the map. It’s on the very east side of the island, the opposite side to the main landing, and then nestled in the rocks to the right. Just watch out for the big meanies who’ll want to kill you first.

How to find  it – At the top of the lift inside the mountain, you’ll see a pathway lined with explosive red crystals. Head along here and inside the small hut you’ll find the treasure map.

How to solve it – Head to the Council of Valkyries just north of the Mason’s Channel on the Lake of Nine. Keep the big stone head with the waterfall for a mouth in front of you and then the treasure pile is just to the left of the Valkyrie throne in line with that.

How to find it – Warp to the Stone Falls Mystic Gateway, then it’s just to the right of your boat.

How to find it – Back at the Northi Stronghold to At the very north of the Lake of Nine is the Northri Stronghold, and you’ll need to head to the giant boat at the end of the trail where the battle happened. Then work your way to the small opening underneath it. In here, next to a dead soldier is the treasure map you’re looking for.

How to solve it – Head to the Stone Falls to the east of the Lake of Nine. From the mystic gateway, head up the side of the mountain, sidle past the slim edge of rock, and climb up to the first ledge. Here, turn right, and head through the tunnel. At the end you’ll emerge and the treasure’s right in front of you.

How to find it – Inside the cave up from the beach of the Forgotten Caverns, to the north west of the Lake of Nine is the Finder’s Fee map, right by the chest at the back.

How to solve it – Head to the Northri Stronghold to the very north of the Lake of Nine, and climb up the side of platform between the two giant metal doors on the water by the boat dock. The treasure is lying on a small platform in the centre.

How to find it – Head up to Ruins of the Ancient at the very north of the Lake of Nine. Dock your boat, and – once you’ve defeated the ancient – the Finder’s Fee treasure map is there on the sand inside the arena.

How to solve it – At the back of the open air area of Fafnir’s Storeroom is an opening that leads to a door guarded by two giant wooden rams. The Historian’s treasure is lying on the floor just below the left one, behind the fire.

Sat Oct 10 , 2020
The U.N.’s World Food Program was awarded the 2020 Nobel Peace Prize on Friday, with the Norwegian Nobel Committee praising the agency’s “impressive ability to intensify its efforts” during the COVID-19 pandemic. The WFP is the world’s largest humanitarian agency focused on hunger. It seeks to tackle both chronic food […] 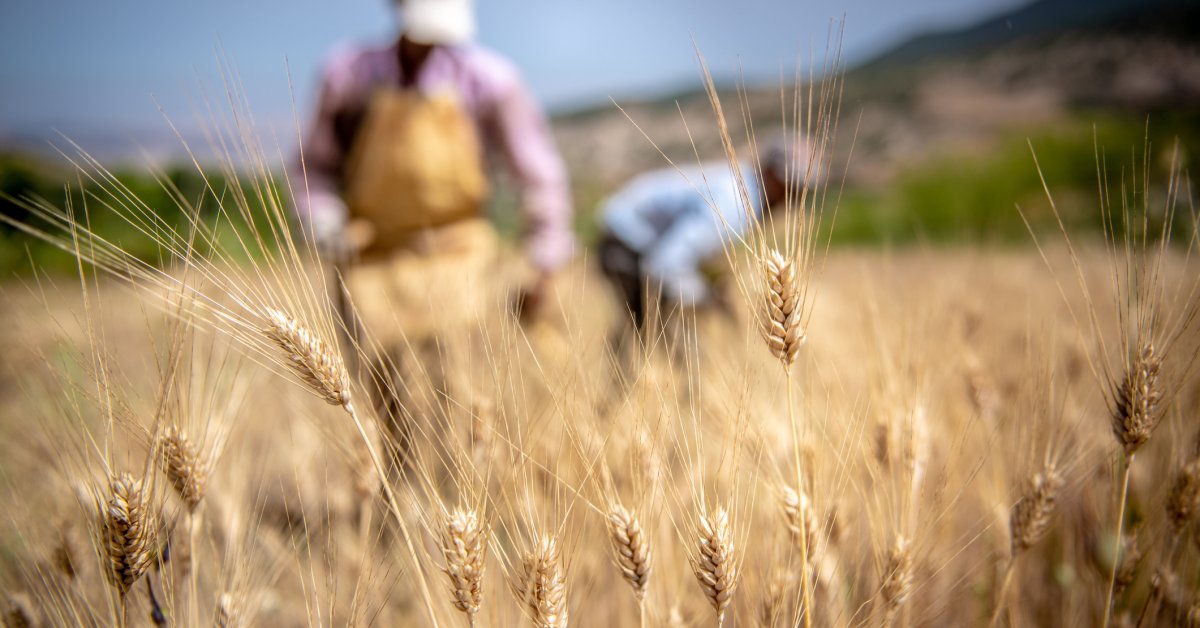