Crew season tickets for 2021, the first season in the new $300 million Downtown stadium, are more than double the price of 2020 season tickets at Mapfre Stadium in most equivalent areas, which will likely turn the Crew from one of the more affordable tickets in Major League Soccer to one of the most expensive.  © Fred Squillante/Dispatch The new Crew stadium shown under construction […]

Crew season tickets for 2021, the first season in the new $300 million Downtown stadium, are more than double the price of 2020 season tickets at Mapfre Stadium in most equivalent areas, which will likely turn the Crew from one of the more affordable tickets in Major League Soccer to one of the most expensive.


While the scale of the price hike for the new stadium has surprised and even frustrated several season-ticket holders who spoke to The Dispatch, many fans have chosen to adjust their preferences rather than to turn their back on the opportunity to secure tickets for the inaugural season in the 20,000-seat stadium on the west end of the Arena District.

One area where the Crew was conscious to limit the price increase is the Nordecke, the Crew supporters’ section for its most devoted fans. Srikanth Meka said his 2020 Nordecke tickets cost about $330, and he paid $450 for tickets in the Nordecke in the new stadium.

His friends in other sections, however, had to be relocated due to their current seats in Mapfre becoming additional premium seating in the new stadium. They still had to pay twice as much.

“I was expecting (Nordecke tickets) to be closer to $500, but it came out a little under that, which I was pleasantly surprised about,” Meka said. “But I was anywhere from mildly shocked to outraged by some of the other pricing.”

Steve Lyons, executive vice president and chief business officer for the Crew, said the club converted more than 80% of current season-ticket members for next season before opening season-ticket sales to the general public Oct. 1, and the club expects that number to climb. The Crew does not disclose the number of season tickets sold.

The Nordecke will be significantly expanded in the new stadium with a capacity of 3,469, making it the second-largest supporters’ section in MLS.

David Foust, a member of the Save The Crew movement’s leadership, purchased tickets for the 2020 season in the lower bowl on the west side near the north goal for $575. An equivalent ticket in the new stadium in 2021 costs $1,250. Seats closer to midfield cost $1,400.

With no upper bowl options on the west side of the new stadium, Foust purchased a ticket in the upper bowl on the east side close to the north goal for $950, an increase of $375 from what he paid for 2020 tickets.

“I thought my $550 ticket at Mapfre might end up being more like maybe $900 to $1,000, not $1,300,” Foust said. “It was a little more than I expected, but I think at the end of the day, obviously the team has done their research and figured out that there is that level of support in the city.”

The Crew does not publicly disclose ticket prices. These prices first appeared on a Reddit page and were confirmed by fans who purchased tickets for 2021 and spoke to The Dispatch. Crew spokesman Tim Miller said the prices were “warm” to the actual cost and fans should continue checking crewstadium.com for updates on ticket options.

Fans in the first few rows of the upper deck close to midfield at the new stadium will pay $1,200 compared to about $425 for similar seats at Mapfre Stadium.

Seats at midfield in the lower bowl on the east and west side are reserved for premium tickets. The least expensive tickets are in the Nordecke supporters’ section for $450, and the south end of the stadium. Season tickets there cost $750 for the lower bowl and $620 for the upper bowl.

At the prices disclosed to The Dispatch, for a typical 17-game home schedule, it costs $26.47 to $82.35 to get through the gate, not including parking, food, beverages or merchandise. Ticket prices for premium areas are unknown.

Most clubs do not publicly announce their season ticket prices. In 2019, Fan Cost Index by sports business database Team Marketing Report put the average cost of a Crew ticket at $26.66, with LAFC’s being the most expensive at $49.64.

Legends, the company partnering with the Crew in marketing for the new stadium, also helped in marketing LAFC’s and Atlanta United’s new stadiums, which had two of the most expensive tickets in MLS in 2019.

The Crew is allowing current season-ticket holders to transfer credit on tickets not used this season to 2021 after the cancellation of games and limited attendance because of COVID-19.

Lyons didn’t say where ticket prices fell in relation to other clubs around MLS, but said that the club was cognizant of potentially pricing out some fans. Lyons added that while the coronavirus pandemic and the effects on the economy delayed the club’s pursuit of selling 2021 season tickets, the price of the tickets did not change.

Lyons said he has mostly seen some fans have reservations about the price of tickets, but once a ticket representative walks that buyer through the experience at the new stadium, the club is able to find an option that fits that person.

The main pitch for the new stadium has to do with the proximity of the stands to the field and the amenities in the stadium being a big upgrade from Mapfre Stadium. The front rows of the upper deck will be closer to the field than the current suites at Mapfre.

“Whether you’re a pure soccer fan or a family of four, there’s really an opportunity for all people to be able to be a part of the new stadium in particular,” Lyons said.

Justin Needham, who became a season-ticket holder in 2018 to support the Crew as former owner Anthony Precourt was trying to move the club, decided not to renew his tickets because of the price increase.

He had tickets this season at Mapfre Stadium in the third row of section 226, right at midfield. Together, he and his wife paid $850. For two comparable tickets at the new stadium, it would have cost him $2,400.

“I don’t understand why you’re charging a premium price for something in the upper concourse,” Needham said.

For a similar spot in Nationwide Arena, Needham said, his two Blue Jackets season tickets cost about $3,800, about $25 less per ticket than what he would have to pay for his preferred seat in the new Crew stadium.

Miller, the spokesman, said 11% of the new stadium’s capacity of 20,000 is premium seating, compared to 1% at Mapfre Stadium. All but one 2020 premium account has renewed at a premium price for 2021. There have also been 1,020 tickets upgraded from general seating to premium seating, Miller said, but it’s unclear what percentage of accounts that represents.

This article originally appeared on The Columbus Dispatch: In Columbus Crew’s new stadium, cost of season tickets more than doubling for some fans 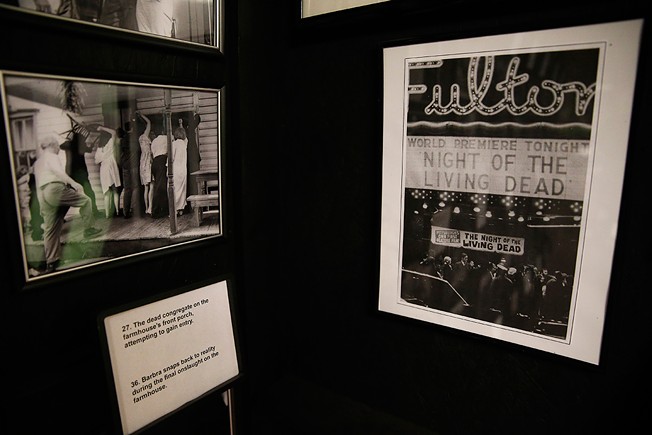