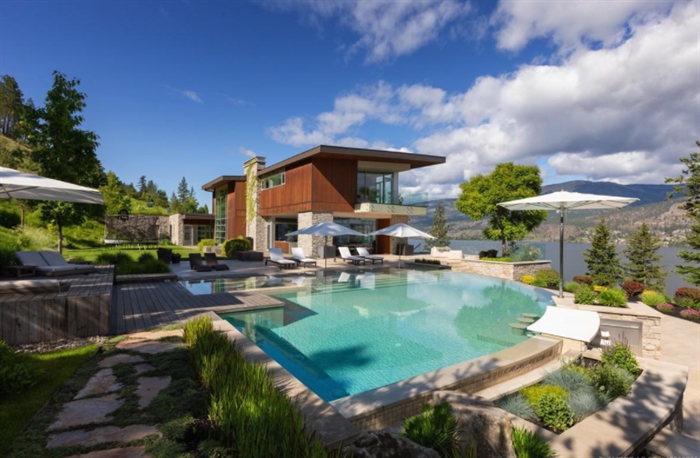 Perfect for cocktails by the pool.


With the average price of a Kelowna home now sitting just under the $700,000 mark, a million-dollar home isn’t the mansion it used to be.


For that, you have to stretch your imagination – and budget – far higher and step into properties with eight digits in the list price.


We had a look at current listings and found at least six properties on the market in the Okanagan Valley all priced higher than $10 million. Multiple bedrooms, along with pools, hot tubs, gyms and theatre rooms are pretty much standard, but it’s little extras like a butler’s kitchen or a waterfall which makes these properties stand out.


So if you had the cash, which would you buy?


The most pricey of the crop is this Lake Country gem at $22-million.

Just one of the two properties up for grabs for those with (very) deep pockets.


For that price, you actually get two houses on 11 acres of land with 1,400 feet of private lakefront. Dubbed “the most exquisite estate on the lake” the 4,000-square-foot main home has extras such as a custom-built pizza oven and a fully-equipped butler’s kitchen. The second house has four beds, five baths, and two kitchens. Along with endless other amenities, the workshop features four RV sites. The realtor’s ad says the properties could be sold separately – in case $22-million is just too much cash. With 20 per cent down on a 20-year term mortgage, you’re looking at about $95,000 a month. For more information and to see the realtor’s ad go here. 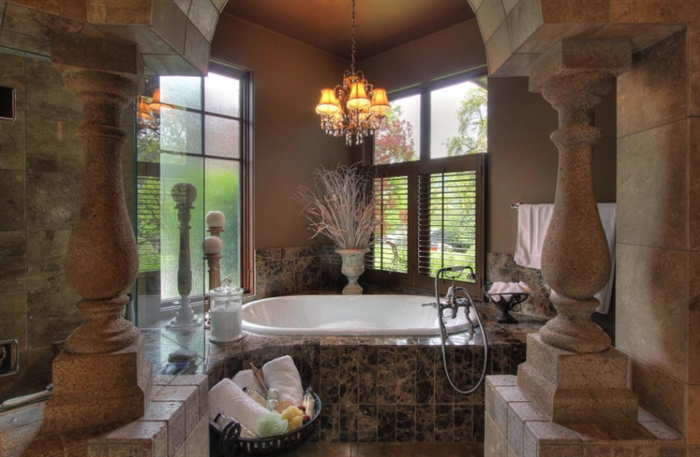 For $22M you get Romanesque columns in the bathroom. 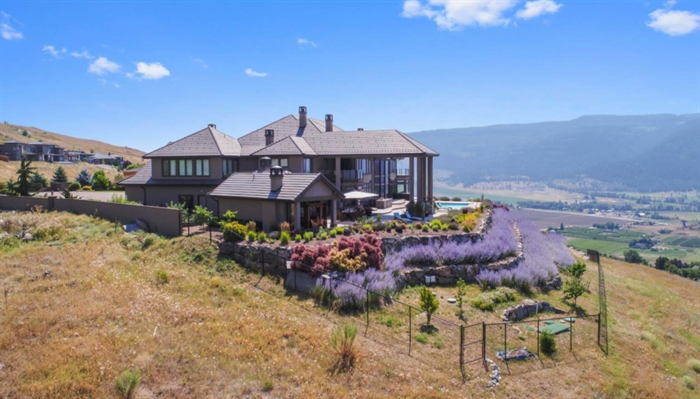 At $14.9M it shows that lake access isn’t everything.


Surprisingly it’s not on the lake, but the 16,000-square-foot home is nestled on a hill high above Highway 6. The ad doesn’t specify how many bedrooms, but it does have 10 bathrooms, meaning you don’t have to go far if you’re caught short. It also boasts a chef’s kitchen, a butler’s pantry, a wine cellar, and a snooker table. The home has multiple Asian fixtures and features antique doors that originally came from an Indian palace. It’s also got its own waterfall and parking for 20 cars. A 20-year mortgage will set you back $64,000 a month, after a $3-million down payment. For more information and to see the realtor’s ad go here. 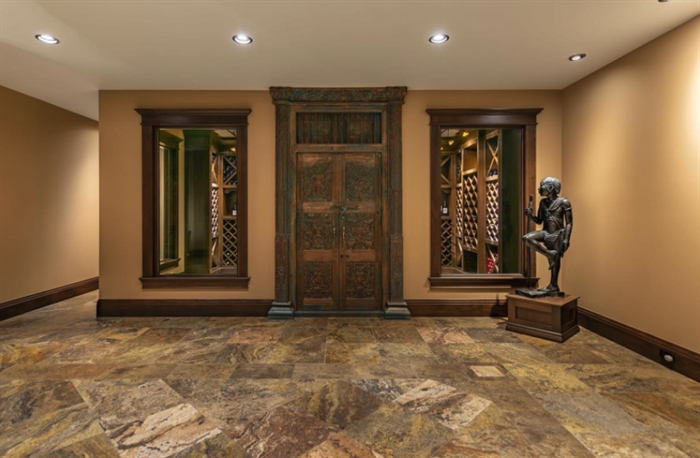 Antique doors from an Indian palace.


If you’re looking for sleek and minimalist, this contemporary Kelowna home could be yours if you’ve got $12,998,000 to spare. (See top photo). 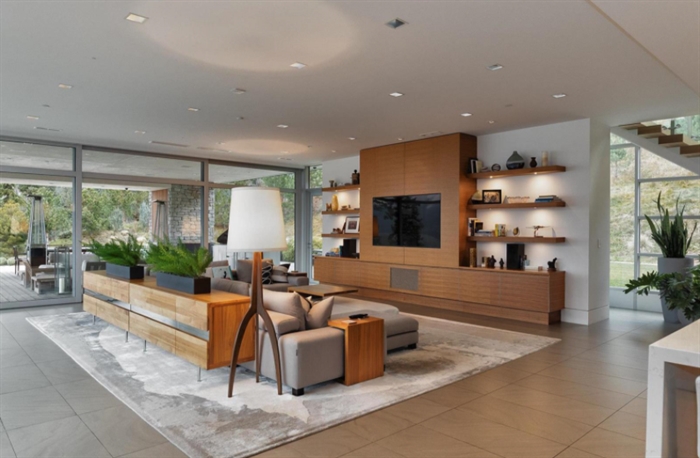 
Straight out of the pages of an interior design magazine, this 13,000-square-foot home sits on Okanagan Lake home and has five bedrooms and eight bathrooms and includes a detached guest house. There’s a touch of rock star to it with an infinity pool, hot tub and swim-up bar. There’s also a recording studio where you can write your next platinum-selling album. With 20 per cent down, you’re looking at a $56,000 a month mortgage. For more information and to see the realtor’s ad go here.


Another Coldstream home, the property is more uniform than the others and comes in $200,000 under the $10-million mark. 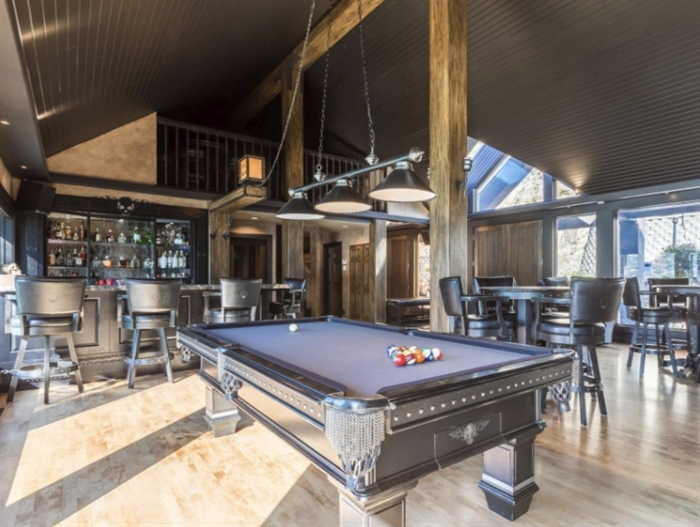 Room for you and 50 of your closest friends.


Dubbed the “ultimate lakeshore family estate” the eight-bedroom, seven-bathroom home has a games room ripe for a big party. With cathedral ceilings, the space includes a bar and pool table in a pub-like setting. There’s a poker room and a Foosball table and if some of the bedrooms lack in character, the master bedroom makes up for it, featuring a tub cast in stone and marble with extensive views over Kalamalka Lake. Put $2 million down and you’ll be paying $42,000 a month mortgage. For more information and to see the realtor’s ad go here. 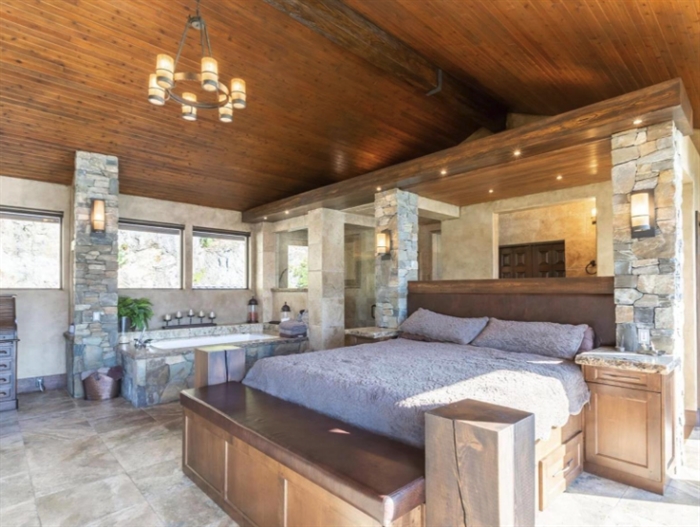 From bed to bath in three easy steps.


Definitely the most modest of the list, this property features a 100-year-old main house, a 110-year-old cabin and a two-bed, one-bath rancher house built in 1978. 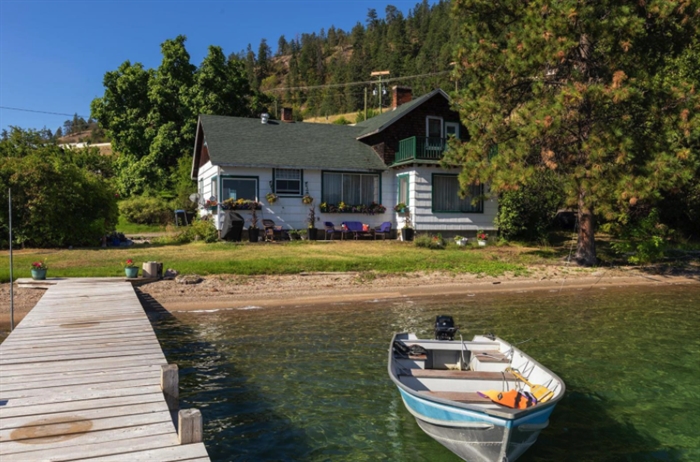 
It’s listed at $9,990,000 and doesn’t have a pool, or movie theatre, and there’s no wine cellar or butler’s quarters. It does have an orchard, a hayfield and wetland though. While $10 million might seem a bit steep, it’s on nine acres in size and sitting on 990 feet of pristine Kalamalka lakeshore. With 20 per cent down, you’re looking at $43,000 a month for 20 years. For more information and to see the realtor’s ad go here. 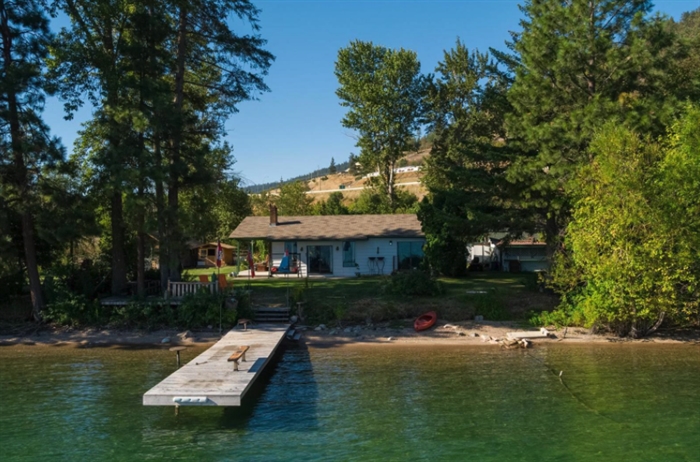 One of the three properties included.


Going on the old adage of ‘if you have to ask the price you can’t afford it’, this property was listed earlier this summer for the first time in more than 50 years. 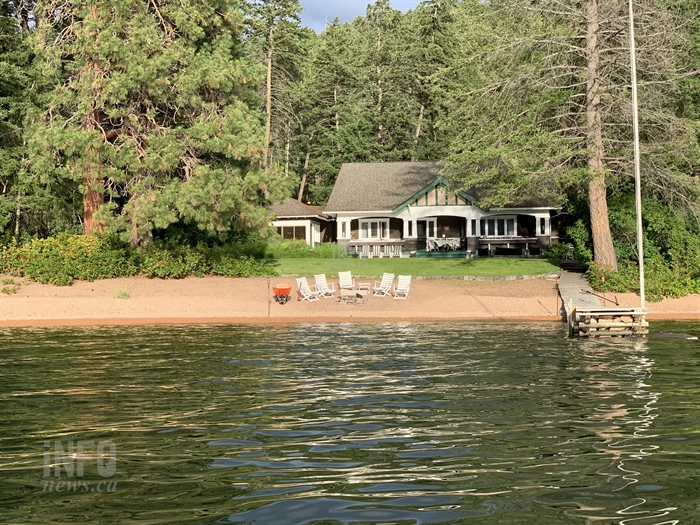 The heritage property on the site.


Too exquisite to even list a price, the Chelsea Estates sit next to Ellison Provincial Park. It’s had several calls from various groups to be purchased by the province and turned into a provincial park. The 234-acre property actually holds 11 separate land titles and has masses of lakeshore including three sandy bays. While there’s no listed price, the current assessed value is over $16.5 million. If you need to know what your mortgage payments are going to be you probably can’t afford it. For more information and to see the realtor’s ad go here. 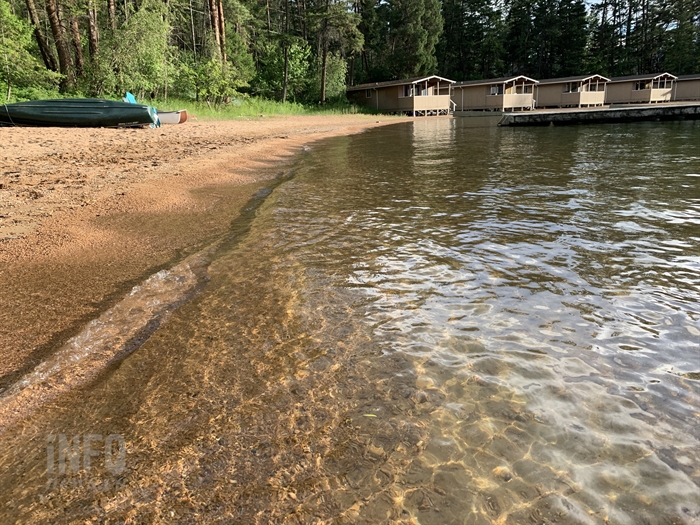 
To contact a reporter for this story, email Ben Bulmer or call (250) 309-5230 or email the editor. You can also submit photos, videos or news tips to the newsroom and be entered to win a monthly prize draw.


We welcome your comments and opinions on our stories but play nice. We won’t censor or delete comments unless they contain off-topic statements or links, unnecessary vulgarity, false facts, spam or obviously fake profiles. If you have any concerns about what you see in comments, email the editor in the link above.