3D. I don’t play Ping-Pong beyond knowing which end of the paddle is supposed to hit the ball, but my research department (in this case, the crossword editor Will Shortz, who has ranked nationally in table tennis and owns his own club) tells me that “Lucky thing to hit in […]

3D. I don’t play Ping-Pong beyond knowing which end of the paddle is supposed to hit the ball, but my research department (in this case, the crossword editor Will Shortz, who has ranked nationally in table tennis and owns his own club) tells me that “Lucky thing to hit in Ping-Pong” is the EDGE of the table. When a ball hits the EDGE, he said in an email, it “veers off at an odd angle. It can be difficult or impossible to return, depending on the severity of the angle.”

7D. A leader on a crew team is called a COXswain, or COX for short.

19D. I’m sure you noticed that this clue reads “In-tents experiences?” rather than “Intense experiences?” If you are in tents, you are most likely having a CAMPOUT (the answer is the plural CAMPOUTS).

31D. In this puzzle, “blind spots?” are not those areas that you can’t see when you are backing up your car. They are spots on a window blind, and the answer is SLATS.

52D. My first response to “Place to find the birds and the bees?” was THE KAMA SUTRA, but that was clearly wrong, inasmuch as the answer has only four letters. Also, there is that question mark in the clue. In this puzzle, you would find the birds in a NEST. Bees live in a hive, but I’ll give that to the constructors and editors because it’s a fun clue.

Anne Larsen: The two main seeds for this puzzle were BEYOND MEAT and NET NEUTRALITY. Both of them seemed vaguely topical, but hopefully not enough to be outdated by the time the puzzle would be published. (We did not realize ahead of time how important Wi-Fi and meat substitutes would be in 2020 …)

Daniel Larsen: It’s always a little bit strange to have nonsymmetrical seeds, since you don’t get the equality of constraints on both sides that you get used to in writing themed puzzles. Funny enough, though, we actually struggled more with the SE than with the NW. In fact, Will requested that we try to refill the SE. It was a bit of a challenge, since Anne was home when we initially constructed the puzzle, but was in college by the time we had to redo that corner. I’m sure remote construction is another thing that has seen an unexpected rise recently.

Anne: I remember Daniel calling me to re-clue the puzzle one night, and when I got off the phone with him, my roommate gave me this strange look and said, “What on earth were you talking about, and since when have you been into K-pop?” (This was for our original clue for IDOL, although that has since been changed.) Trying to clue a puzzle can lead to a pretty weird-sounding conversation, I guess.

Daniel: It was a bit funny for me to see HOME PLANET show up again in one of my themeless puzzles. I guess it’s because I’ve scored it high and it has common letters. Anyway, last time I clued it “Corellia, to Han Solo,” which I thought might be too specialized. I was gratified to see that they kept the clue, but this time, I probably pushed my luck too far when I tried “Dathomir, to Darth Maul.” Understandably, the editorial team rejected that clue (even Obi-Wan thought it was Iridonia), and moved Star Wars to the clue for 45-Down.

Almost finished solving but need a bit more help? We’ve got you covered.

Warning: There be spoilers ahead, but subscribers can take a peek at the answer key.

Trying to get back to the puzzle page? Right here.

Sun Oct 4 , 2020
Kerala State Road Transport Corporation (KSRTC) has rolled out mobile reservation app ‘Ente KSRTC’ for hassle-free booking of seats in the long distance buses operated by it as part of improving the quality of services. The app along with the logo of the ‘KSRTC Logistics,’ the exclusive division set up […] 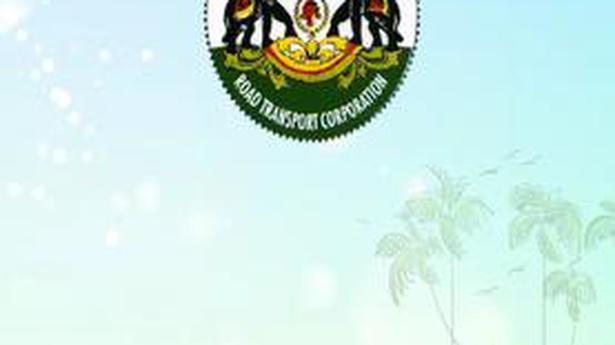