Tanner hosted a media tour Thursday with officials from the athletics department and Contract Construction, the company which brought in three crews to accelerate the project. The tour allowed the media look at the wholesale changes to the stadium which included taking the area that once housed the weight room and making that the second floor of the area known as the Cockaboose Club.

With a $22.5 price tag, the project came in on time and on budget. It could have been ready in time for a September 5 season opener. But with the season opener pushed back to September 26, crews were at the stadium Thursday putting on the finishing touches.

The projects will feature four club levels and suites with a total of 8,650 new seats.

The names of the club spaces embrace the history of the school. The Traditions Club, the Horseshoe Club and the Cockaboose Club have their own benefits, but the 2001 Club is the penthouse of the new club spaces. For those in that group, fans will have access to an area where a glass window allows them to view the team leaving the locker room and entering the field. As far as seating goes for the 2001 Club, the loge seating gives them what is one of the best views in the stadium from the southwest corner of the end zone.

With improved amenities comes a reduction in stadium capacity from 80,250 to 77,559. But that is the only number that has been cut from what Tanner referred to as the biggest renovation project in the history of Williams-Brice Stadium.

Three weeks from Saturday, a limited number of fans will be in the stadium to see the new-look venue. Due to COVID-19 and the social distancing rules in place, a maximum of 20,000 fans will be on hand to watch the Gamecocks face Tennessee. Enough fans will be in the building to give Tanner quality feedback on the improvements.

Perhaps he should keep up with the number of times the word “Wow!” is used. Judging by what was on display, that word will be uttered quite a bit on September 26. 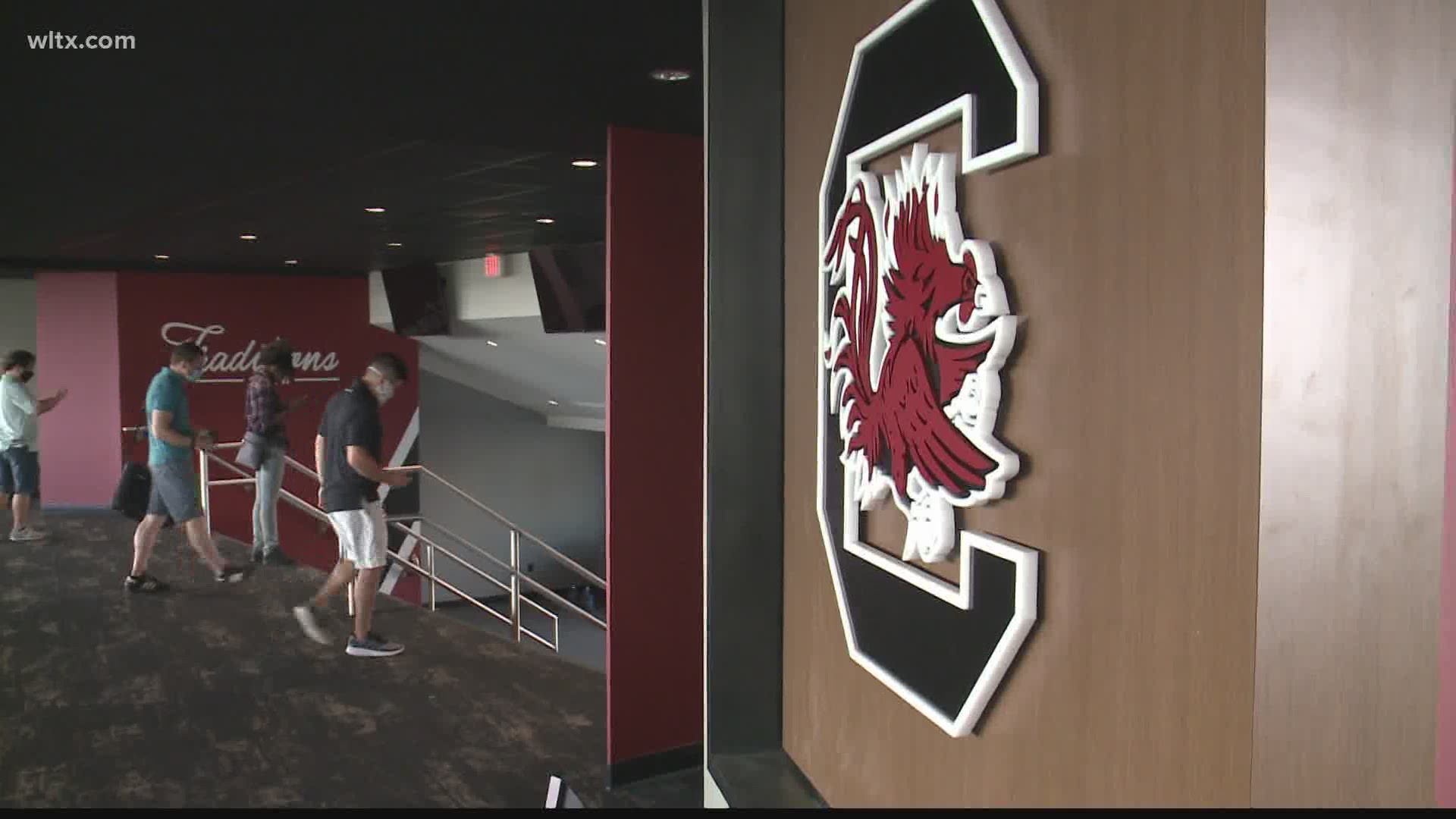