Island players Olivia Boulding and Emoni Bush don’t have too far to look for recent inspiration as they pursue their Olympic dreams in volleyball. Fred Winters, who captained Canada, and Jamie Broder in women’s beach both came out of Claremont Secondary to compete in the 2016 Rio Olympics and Martin […]

Island players Olivia Boulding and Emoni Bush don’t have too far to look for recent inspiration as they pursue their Olympic dreams in volleyball. Fred Winters, who captained Canada, and Jamie Broder in women’s beach both came out of Claremont Secondary to compete in the 2016 Rio Olympics and Martin Reader out of Highland Secondary in Comox en route to the 2012 London Olympics.

Spiking, setting and digging has begun again, at least on a training level, amid the pandemic. Volleyball Canada, looking ahead to the 2024 Paris and 2028 Los Angeles Olympics, has named Boulding and Bush among 16 of the best young female players in Canada who are attending its National Excellence Program centralized camp. It opened this month and runs through December at the Olympic Oval in Richmond.

Boulding, of Victoria, and Bush from Campbell River, are both talented outside hitters. Boulding attends Claremont Secondary and also the Canadian Sports School located at PISE on the Camosun College Interurban campus. Boulding led the Claremont Spartans to a top-five finish in the 2019 B.C. 4A high school championships and was named to the second all-star team, despite then only being in Grade 10. Bush, a member of the Wei Wai Kum First Nation, is a recipient of the 2019 Premier’s Awards for Indigenous Youth Excellence in Sport, and led Canada with the most scoring spikes at the 2019 FIVB Under-18 world championships in Cairo, Egypt. The six-foot-three hitter uncoils to attack the net with lethal precision. Although in Grade 11, Bush is already sorting through interest from several U.S. university NCAA Div. 1 schools in the Pac-12 conference. Bush, who attended Phoenix Middle School, was only in Grade 10 when she was named first-team all-star in taking the Carihi Secondary Tyees to the final of the 2018 B.C. high school 3A championships before helping carry the Tyees to a second consecutive silver medal at the provincials in 2019.

The other B.C. players selected are setter Lucy Borowski of Vancouver, middle-hitter Mackenzie Pool of Burnaby and libro Chloe Ladd of Lake Country in the Okanagan.

The centralized program will provide full-time daily training for players who are in Grades 11-12 and will include academic support along with the physical and volleyball training.

“The level of talent across Canada at the identification camps [which were conducted before the pandemic] was quite high and these 16 athletes who make up the first intake are exceptional athletes,” said training centre head coach Shannon Winzer, in a statement.

“It’s an exciting time to be coaching with Team Canada and also for anyone involved with women’s volleyball in Canada as we work towards a future Olympic qualification.”

Canada has not qualified for the Olympics in women’s indoor volleyball since Atlanta in 1996. The next generation, gathered in Richmond, is being tasked to end that drought.

“The national excellence program is a partnership with our provincial and territorial volleyball associations that are deeply committed to support the women’s national team towards Olympic and world championship success,” said Dawna Sales, Volleyball Canada athlete and coach pathway director.

“The ability to create a culture of excellence with our next generation of national team athletes is a privilege we don’t take lightly, and know the women’s national team will benefit from this program.”

BACK-TO-SCHOOL ESSENTIALS FOR EVERY NEW ROUTINE

Wed Sep 23 , 2020
Lifestyle journalist and mom Julie Loffredi has the latest tips and tools necessary for any back-to-school scenario, whether your little ones will be in the classroom or remote learning. MAKE ROOM FOR FAMILY TIME:  Work and school schedules can get pretty packed! With some families learning and working from home […] 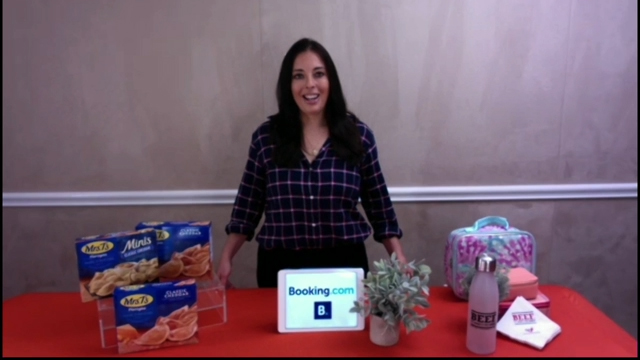