Now the country’s largest cultural institution is finally open to visitors, with a coronavirus-safe approach that includes half-hour capsule tours of the museum’s permanent and current exhibits.

Some 100 members of the museum’s permanent staff, from the director to the security guards, are guiding the capsules — small family or friend units who visit the museum together. The tours are scheduled throughout the day and require no preregistration, although visitors are strongly encouraged to purchase museum tickets online.

Some of the guided tours are given by curators of their own exhibits. Director Ido Bruno leads a walk through the sculpture garden, and the director of the Shrine of the Book offers his take on the mysterious, ancient scrolls housed in the glistening white-domed building. 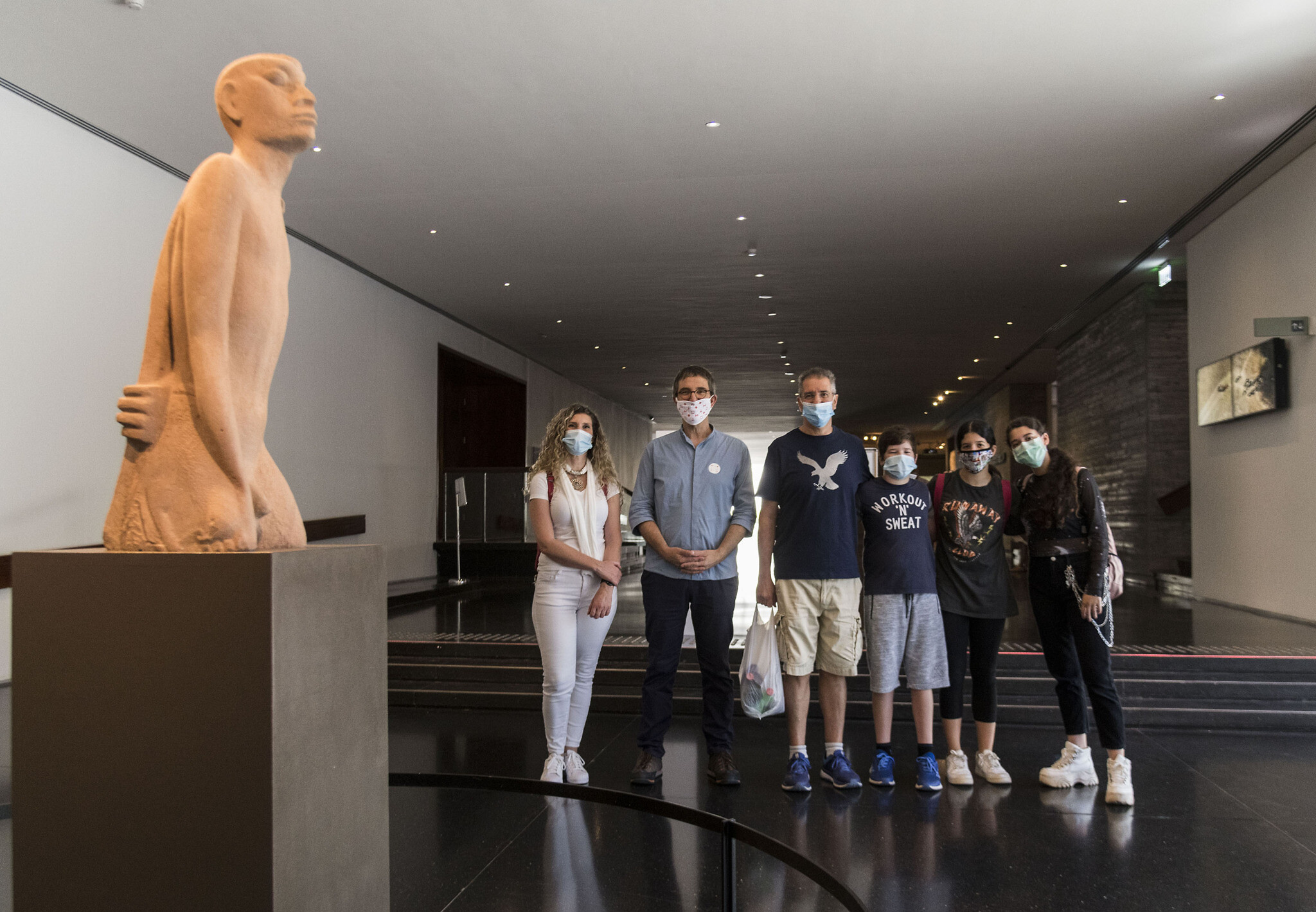 For now, only 2,000 people are allowed at a time into the museum, a sprawling complex that usually holds some 20,000 .

Each visitor has their temperature checked at the door before being welcomed in to wander around or to head to the temporary gallery in the main building where several stations display a list of upcoming tours in Hebrew, Arabic, English, Italian and Russian.

“It’s our house, it’s very intimate, it’s emotional — and that’s the idea,” said Tomer Tsur, from the museum’s events department. “We only allow small capsules of families and friends, and in that way we protect ourselves and our visitors. It’s a very new concept for us.”

There have been some 500 tours since the museum reopened, with most staff members offering at least two a day, said Tsur. 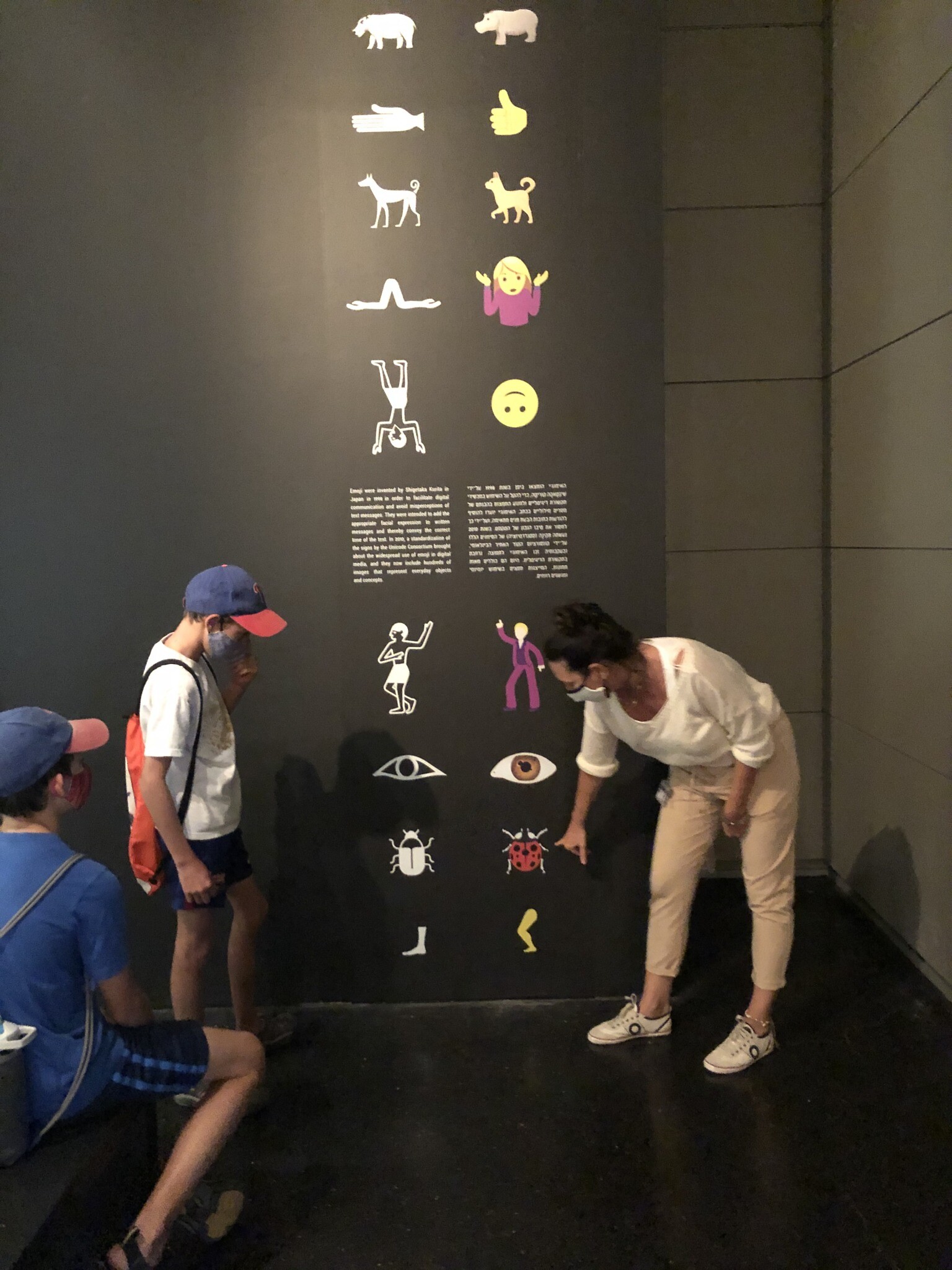 Curator Shirly Ben Dor Evian at the start of her new exhibit, ‘Emoglyphs’, where she is self-guiding short capsule tours in August 2020 (Courtesy Jessica Steinberg)

On Tuesday morning, curator Shirli Ben Dor Evian led our family capsule around the one-room exhibition of “Emoglyphs, Picture-Writing from Hieroglyphs to the Emoji,” her recently opened exhibit that compares the hieroglyphics of ancient Egypt to the emoji icons of today.

The exhibit, housed at the Archaeology Wing, is a one-gallery window into the symbols, messaging and culture of ancient Egypt, wittily juxtaposed against the colorful, expressive icons used to augment messages, created in 1999 in Japan.

“To me it’s the most obvious thing,” said Ben Dor Evian. “Hieroglyphics and emojis stem from the same place.”

Over time, the Egyptians’ pictures were replaced by a writing system consisting of approximately twenty signs — the alphabetic script that reins in Western culture to this day.

From the entrance to the gallery, where a short film explained the concept of the exhibit, the pair of 11-year-olds in my family unit were enthralled, leading Ben Dor Evian on a less-than-straight path through the gallery, which was fine with her. 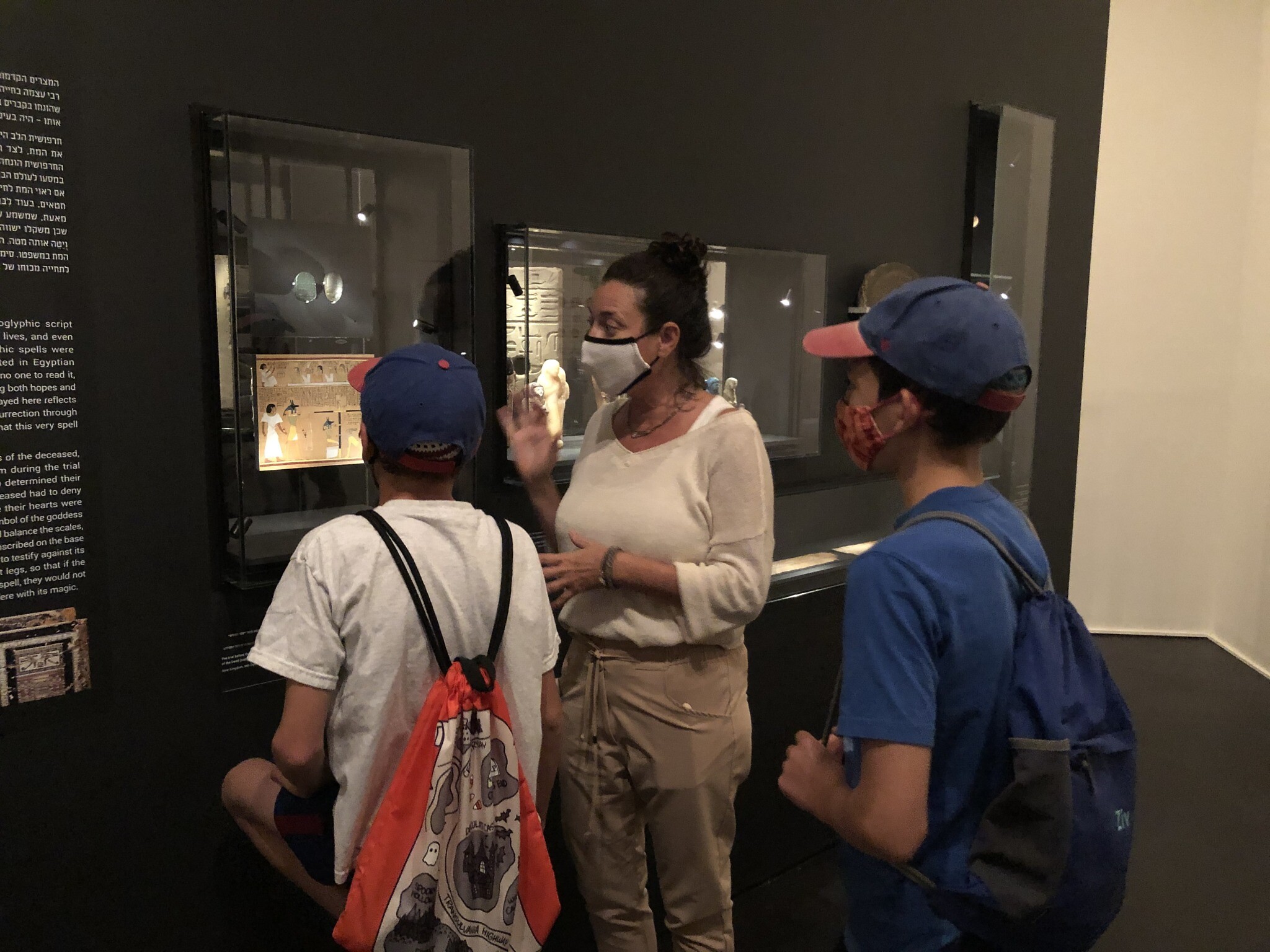 The exhibit of some 250 objects — all but two are from the museum’s collection — include carefully engraved jade scarabs, an inscribed lid of a female mummy, an ancient anchor recently found in the sea by the Israel Antiquities Authority —  is an eye-opening look into how modernity takes what existed in the past and repurposes it.

“The pictures give us very specific ideas,” said Ben Dor Evian. “When you’re writing with pictures, you intuitively understand what took place 5,000 years ago and here in the 21st century, and it’s much more powerful than just writing with words.”

There are unexpected, fun tidbits when viewing the collection with Ben Dor Evian, such as her explanation of how the dung beetle became a god and revered symbol for the Egyptians, who were amazed at the coleopteran’s ability to gather dung in order to hatch its young. The image of the beetle became their word for “become,” for its representation of new life.

At the end of a 35-minute tour, Ben Dor Evian had to head to her next tour. Our group lingered a few minutes longer, until a guard came over and politely asked if we were ready to leave, in order to let another few visitors into the gallery. 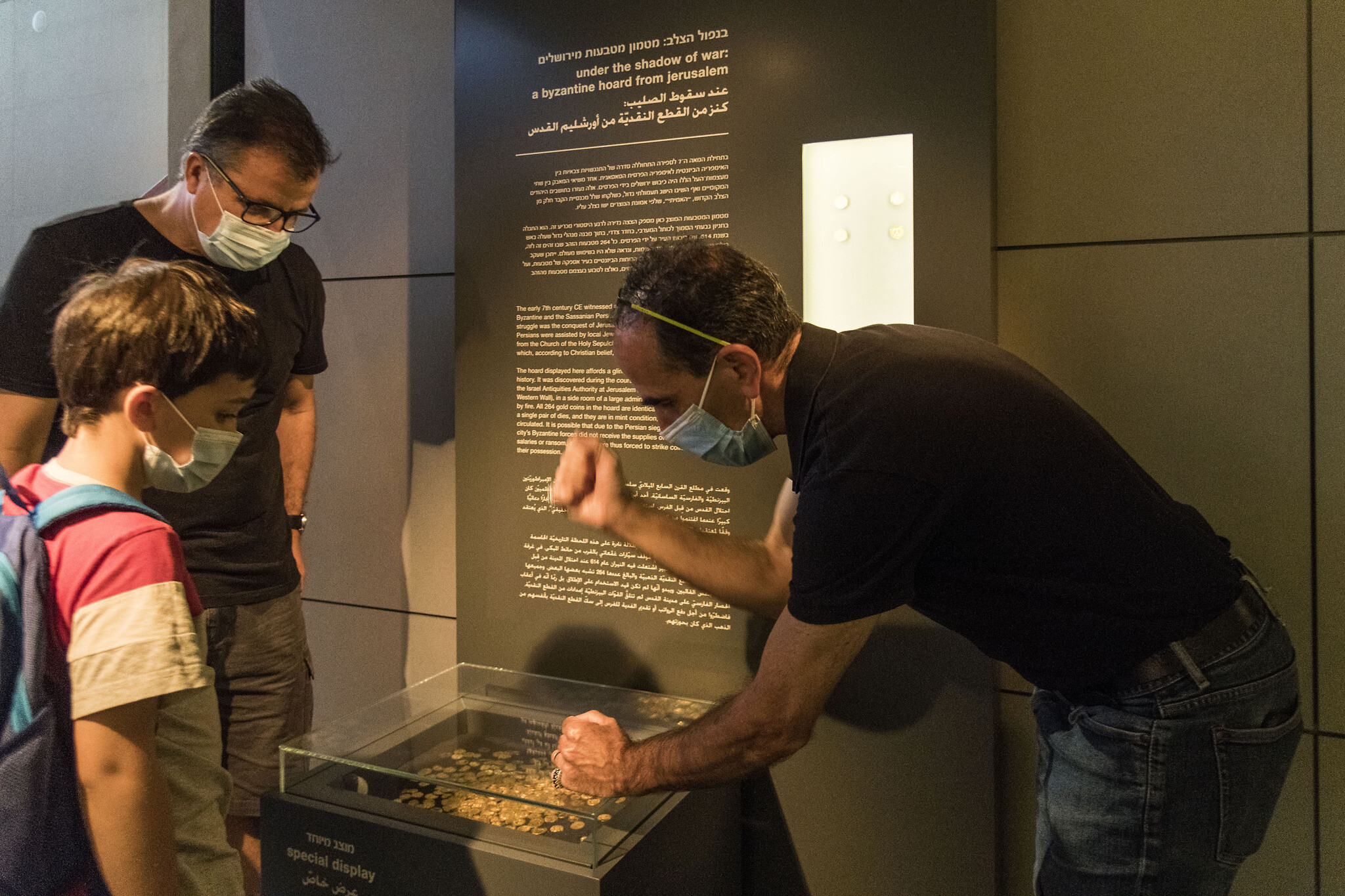 Visitors are welcome to wander around the museum on their own, or try another tour, if they desire. There’s also an outdoor sculpture garden for those leery of spending too much inside, even with masks and social distancing.

Cafes are open, but with limited menu options and no indoor seating. The main museum store is also open for business.

In these last days of summer, before the unknowns of a school year starting during the coronavirus, it’s an easy way to spend a few engrossing hours.