Iowa state will play their second game of the season Saturday against the Oklahoma Sooners.   While this is not the first game in the 2020 season that the Cyclones have taken the field at home, it will be the first with fans in the stands.   Jack Trice Stadium will be […]

Iowa state will play their second game of the season Saturday against the Oklahoma Sooners.

While this is not the first game in the 2020 season that the Cyclones have taken the field at home, it will be the first with fans in the stands.

Jack Trice Stadium will be seated at 25% capacity, giving some fans the chance to watch in person.

“Even having 15,000 here is going to be a huge improvement for the atmosphere for the student athletes that get to play this game,” said Senior Associate Athletic Director and Operations, Chris Jorgensen.

The decision to allow fans back in the Jack was a process that started months ago.

“Throughout the summer and throughout the fall, we’ve been in constant contact with our university and public safety officials to not only develop the plans to bring fans back in, but also to determine what the right capacity was,” said Jorgensen.

Iowa State University Senior, Miles Snyder, is excited to be one of those 15,000 fans. He will be attending the game with his dad and brother.

“My dad offered me free tickets, so I couldn’t pass it up. Plus its against Oklahoma, so it should be a good game,” said Snyder.

Snyder says the safety precautions in place are worth getting to go to the game.

“We’re going to be socially distanced, at least in our groups. And definitely everyone is going to be wearing masks,” said Snyder.

But masks and social distancing are not the only safety guidelines that will be in place.

“We’re only selling bottled pop and water at concession stands, everybody is required to wear a mask, we’re asking people to keep distance as they enter the stadium. There’s no tailgating which is a big change for us, but I think people will understand that,” said Jorgensen.

However not all fans think being in attendance is the safest option. Senior Kevin Greene is concerned about how strict the enforcement of the guidelines will be.

“I don’t know how strict they’re going to be about enforcing masks and social distancing,” said Greene.

He still plans to cheer on the Cyclones, just from home.

“I’ll definitely be watch on TV, it’s still fun to following along with football. But being there in person is not for me,” said Greene.

Iowa State says they anticipate the same capacity limit to be in place for the game against Texas Tech next Saturday. But will handle the rest of the season on a game by game basis.

“I think a lot of it is going to depend on what happens with the virus in this community and in this state,” said Jorgensen.

Sat Oct 3 , 2020
ROANOKE, Va. – The Taubman Museum of Art is revealing its newest exhibition this Saturday, but 10 News is giving you a sneak peek. “A Very Anxious Feeling: Voices of Unrest in the American Experience” showcases 70 pieces of art from the Beth Rudin DeWoody Collection that goes with the […] 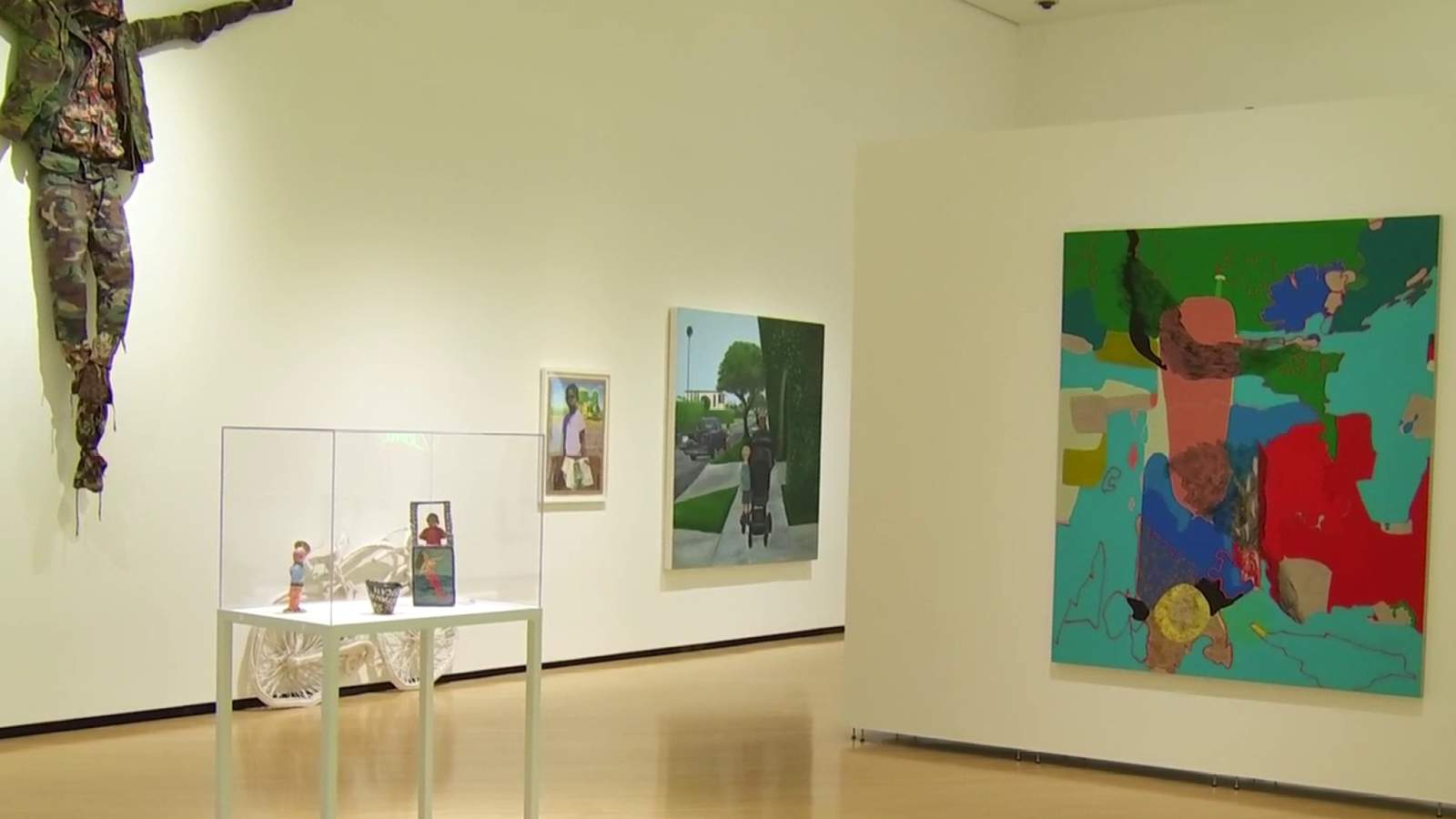