LAS CRUCES – The city took the next step toward the establishment of a children’s museum at Monday’s Las Cruces City Council meeting.

The council, through a unanimous vote, ratified an agreement under which the city will act as the fiscal agent in the development and construction of the museum, which advocates say will foster healthy childhood development and link parents with useful services.

Ngage New Mexico, a local nonprofit focused on improving education outcomes in Doña Ana County, is behind the effort to build the museum through its SUCCESS Partnership.

The SUCCESS Partnership is an education initiative which brings together “parents, education professionals, nonprofit organizations, businesses, regional partners and prestigious community leaders who are committed to providing education in Doña Ana County.”

The initiative seeks to improve education outcomes from “prenatal to career readiness.” One of its many strategies to achieving its goals is the establishment of a children’s museum in Las Cruces.

Never miss a story. Sign up for a subscription to the Las Cruces Sun-News today.

Ngage’s Early Childhood Education Coalition first presented the idea to the city council in 2017. Research began as early as 2015. The children’s museum will be meant for all ages but will have a special focus on early childhood education, which Ngage defines as lasting from before birth to third grade.

The museum will house interactive exhibits and educational activities for kids but will also include information for parents about accessing early childhood resources and services.

The city and Ngage secured $750,000 in capital outlay money during the 2019 New Mexico Legislative Session to “to plan, design, construct, furnish and equip a children’s museum in Las Cruces.”

The city is required to own all assets constructed or acquired for the museum project and is also required to act as the project’s fiscal agent.

The agreement states Ngage will advise the city on the development and construction of the children’s museum and authorizes Ngage to seek additional capital outlay funding for the project or private dollars if capital outlay is not available. It’s estimated the initial $750,000 will only cover planning and design costs, not construction.

Ngage is authorized to solicit only private funding if it enters into a separate licensing agreement with the city to be allowed to use the museum designs to construct the facility “for the benefit of the public.”

“This is a culmination of over five years of work,” Ngage Lead Museum Coordinator Michael Radtke told the Sun-News. “What’s happening today … means the city council understands the importance of early childhood education.”

Radtke said SUCCESS’ museum committee will be the organization’s advisors to the city throughout the project.

“I think we all know the children’s museum project is a large and rather complex undertaking,” Lori Martinez, executive director of Ngage, said. “But it’s one that we believe will have so many ripple effects in our community.”

Martinez said one of SUCCESS’ guiding philosophies is that “every child is my child,” meaning all members of the community should be invested in the success of every child growing up in the community.

She believes that a children’s museum, plus the informational center for parents, will make strides toward that goal.

The brick-and-mortar museum building would be the third of three phases Ngage has promised as part of the museum endeavor. Ngage is currently in Phase Two, which promises to start a mobile children’s museum, using a recreational vehicle, to bring exhibits and the museum experience all over the county.

In 2018 and 2019, Ngage completed its first phase by partnering with local makerspace Cruces Creatives to test exhibits at community events and centers and gather feedback.

The city council has affirmed its support for greater investment in early childhood education through a 2016 resolution and through multiple city strategic plans. New Mexico ranks last in the nation in child well-being.

A site has not been chosen for the museum, nor does the museum have a name. Ngage will launch a naming contest Oct. 7. People will be able to submit potential names at SuccessDAC.org, and the person who submits the winning name will receive a $100 prepaid card.

The New Mexico Department of Finance and Administration will release the capital outlay funds once it approves the ratified agreement.

The Sun-News, owned by Gannett, supported Ngage’s children’s museum effort in 2017 by helping the nonprofit produce a video for a Gannett community grant competition. No exchange of money occurred between the nonprofit and the newspaper, and Ngage did not win the grant.

What is the Marvel Comics event House of M?

Wed Sep 23 , 2020
A new trailer for the Disney Plus original series WandaVision may have just dropped an obscure hint at the beginnings of mutants in the Marvel Cinematic Universe – and as some have long theorized, their introduction may lie in the burgeoning MCU multiverse – with some strong evidence from the […] 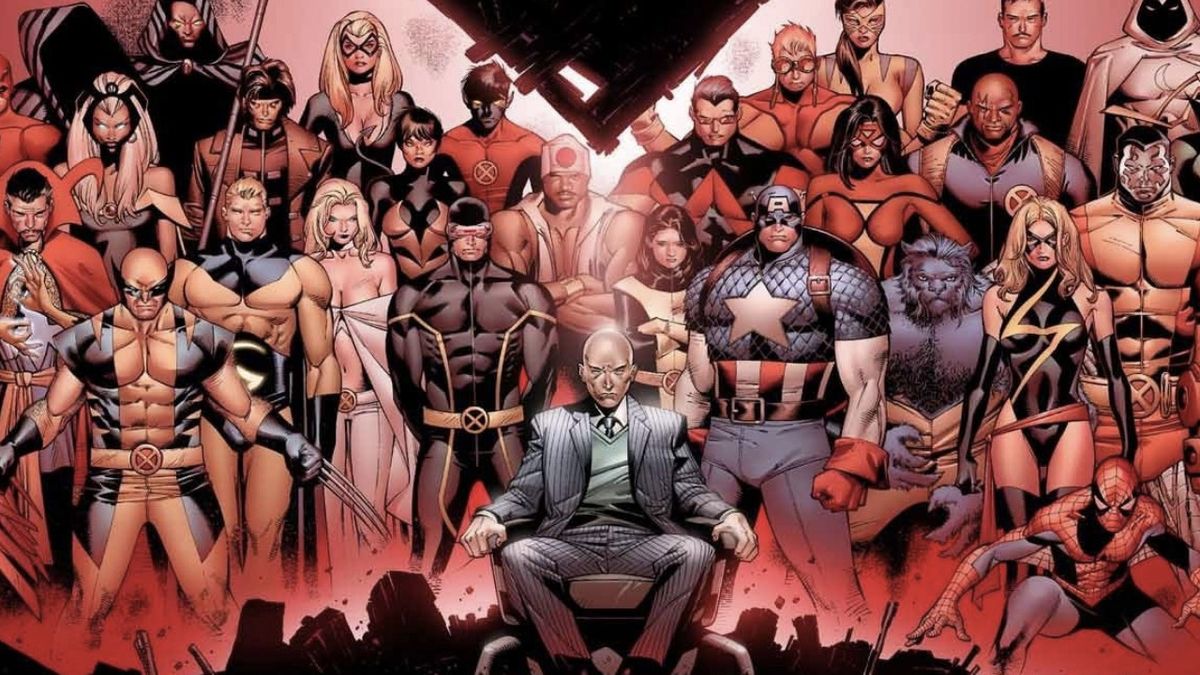