WEST WARWICK — Breanna Davis began calling the governor’s office months before the coronavirus pandemic began about her problems finding an apartment. Eight months later, Davis says she has placed 116 calls to the governor’s office. TO OUR READERS: This content is being provided for free as a public […]

Eight months later, Davis says she has placed 116 calls to the governor’s office.


TO OUR READERS: This content is being provided for free as a public service during the coronavirus outbreak. Sign up for our daily or breaking newsletters to stay informed. Please support local journalism by
subscribing to The Providence Journal.

“There was already a housing issue in Rhode Island before the virus,” Davis says.

The pandemic has only exacerbated Davis’s difficulties — and her frustration. She has tried without success, she says, to get assistance through state-coordinated programs to help Rhode Islanders facing eviction during the health crisis.

She’s called the United Way’s 211 line 37 times and doesn’t hear back, or gets caught in a loop of transferred calls. The application list for Housing Help RI, the assistance program managed by Crossroads Rhode Island for households facing immediate removal, closed in mid-July due to a backlog in processing.

“My biggest concern is that people are waiting and waiting for help. This is about my family’s life,” says Davis, the first-born niece of actress Viola Davis.

Raimondo’s office acknowledges that the programs have faced procedural hurdles due to federal restrictions that have left them slow to dole out much-needed help.

“We recognize that our partners are working hard to get this money out the door to Rhode Islanders, but remain disappointed in the pace of distribution,” Raimondo spokeswoman Audrey Lucas said in an email, adding, “The reality is that federal and state compliance checks must be completed before funds can be dispersed, and that process can be time-intensive.”

As the Dec. 30 deadline to distribute much of the assistance approaches, information shows that the assistance programs have fielded thousands of applications but distributed little money so far.

A total of 1,500-plus Rhode Islanders have applied to the Safe Harbor program. To date, $204,290 has been distributed to 56 applicants, Lucas said.

Housing Help RI has fielded 6,260 applications, many duplicate, now with the help of Rhode Island Housing. A total of 118 applicants have been paid $432,629, according to Lucas.

Upwards of 40 to 50 new applications come in daily to the United Way, spokesman Michael Cerio said in an email.

The organization is trying to streamline its efforts by working more closely with its housing partners to vet complete applications and close out others. It plans, too, to hire an additional project manager.

Cerio attributed the delays to time spent processing incomplete applications that lack documents verifying income and household size or others that include erroneous information.

“These issues have impacted both renters and landlords that have applied for aid, and is where the bottleneck is occurring,” he said.

“We understand people’s frustrations and also, at times, are equally frustrated by the process. That said, it is important that Rhode Islanders understand the program guidelines and requirements we are following have been established by the federal government and not at the state level. We absolutely empathize with our neighbors who have applied for aid and continue to wait,” Cerio said.

It is “highly” unusual for the organization to receive feedback that its call center is unresponsive, Cerio said in response to Davis’s criticisms.

“Call specialists spend a great deal of time on each call, and can only speak with one person at a time. We realize that additional follow-up calls come in to 211 with the intent of moving the process ahead, but that is not always the case,” he said.

Brenda Clement, director of HousingWorks Rhode Island at Roger Williams University, worries about more pain in the months ahead as Rhode Islanders rack up more back rent that will ultimately need to be paid and federal unemployment payment enhancements lapse.

A circuitous path has led Davis, 35, to a point where her family is in need of housing and compelled to exercise the federal moratorium on evictions in order to ensure that her family doesn’t end up on the streets.

Davis, her partner of 13 years, whom she refers to as husband, Greg Pettinato, and their 9-year-old daughter, Bella, were evicted in August 2019 from the Johnston duplex they had rented for five years after they complained about sinking front steps, flooding in the basement and aging cabinets — issues Davis says they ended up fixing themselves.

The secretary in their landlord’s lawyer’s office told them they didn’t need to attend the court hearing, and the next thing they knew the judge had ruled against them. They had 24 hours to vacate. Their former apartment has since been renovated and the rent boosted to $1,330 a month, up $400 from what they had been paying.

“I think they wanted to get more rent,” she says.

The family moved in with Pettinato’s father, Frank Pettinato, in West Warwick as Davis searched for a new apartment. They paid him $500 a month for a spare bedroom; Bella slept on the couch, a situation that worked well for a while.

“It’s not ideal to live with your parents at this age,” Davis said in a recent interview outside the West Warwick townhouse.

Davis ramped up her search for housing, but ran into roadblocks after landlords ran background and credit checks. Some didn’t even bother to call her back.

Davis was convicted at age 18 for selling drugs after being picked up in a sweep involving her drug-dealing ex-boyfriend. At 22, she admitted to driving a car without the owner’s consent, court records indicate.

“My BCI should be irrelevant at this point. I was a kid. I didn’t realize what I was doing,” she says.

“If I had perfect credit, why would I rent?” she says.

The housing authorities she reached out to had waiting lists, she says.

“I couldn’t find anything, no matter what our income was,” she says.

When the pandemic began, Davis’s work as a personal-care assistant to elderly and disabled clients evaporated. She now receives $173 a week in unemployment benefits.

Pettinato is on disability after more than three decades driving trucks, bringing in $1,200 a month, she says.

And then COVID-19 hit their home in an even more personal way. Frank Pettinato contracted the virus, as did his son. Otherwise a healthy man, but one who didn’t take precautions such as wearing a mask, the senior Pettinato died 19 days later at age 83 at Rhode Island Hospital. His son was asymptomatic.

Davis says she cleaned out her savings to cover the unexpected funeral costs and is now struggling to keep up with expenses such as insurance, paying for a storage unit for their furniture, keeping her Chevy Suburban on the road, prescriptions, food. Pettinato’s family members sent them a notice that they needed to be out of the townhouse by Oct. 1 so the estate could be settled. Davis says she doesn’t blame them for wanting to sell the place.

“We’re holding up the sale of the estate because we have no place to go,” Davis says.

They decided to try to seek relief through the temporary moratorium on residential evictions enacted early this month by President Donald Trump’s administration. Tenants seeking protection must declare, under the penalty of perjury, that they have sought rental assistance, attempted to make partial rent payments after being financially affected by the pandemic, and that they expect to earn less than $99,000 in 2020.

The experience trying to find housing has pushed her to support Trump in the upcoming election, she says. A sign backing the president adorns her Suburban.

“I’ve gotten more help from the president than the governor,” she says.

Lucas, of the governor’s office, said Raimondo continues to evaluate “future legal options regarding an eviction and foreclosure moratorium but is pleased that the recent CDC [moratorium] order provides legal protection for many in Rhode Island through the end of the year.”

Davis would like to see the governor take a stronger stance with landlords and block them from requiring stellar credit scores and background checks during a pandemic.

“My credit score and my BCI shouldn’t be the only thing separating me from homelessness,” she says.

She, like Clement, worries about what lies ahead as cold weather and the holidays approach. 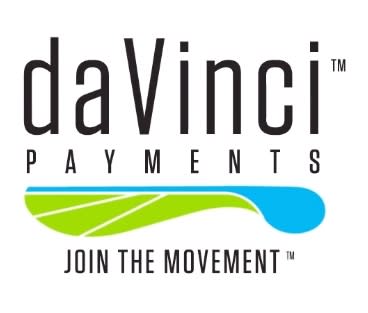