When you star in one of the most popular shows of 2020, people are going to assume you know a lot about entertainment. (Sorry if that’s a lot of pressure — I don’t make the rules!) Luckily, when Elite Daily decided to put together a celeb-curated streaming guide, Little Fires […]

When you star in one of the most popular shows of 2020, people are going to assume you know a lot about entertainment. (Sorry if that’s a lot of pressure — I don’t make the rules!) Luckily, when Elite Daily decided to put together a celeb-curated streaming guide, Little Fires Everywhere‘s Lexi Underwood was up for the task of providing her go-to shows. Whether you’re looking for something to give you fall vibes as the cooler weather approaches or something to help you to mentally escape what feels like Day Infinity of coronavirus quarantine, Underwood’s watchlist features something for everyone — and every mood.

Underwood is currently busy filming a new (and still top-secret) project and starting her senior year of high school, but she still knows the importance of a good streaming sesh. “It means self-care, relaxation … taking a moment for myself to detach and just hop into whatever world these artists have created,” Underwood tells Elite Daily.

The Hulu star’s streaming tastes are varied, spanning genres and generations. Check out what Underwood is watching, and take notes — she knows what she’s talking about.

When it’s Friday night and your Zoom party was just canceled: The Boondocks

After seven months of social distancing measures, most people have done away with their video-chat parties. But Underwood and her crew are still going strong. “[My friends] actually don’t live in L.A. They’re all on the East Coast. So anytime where we can just hop on Zoom, or there’s the Netflix Parties, then we are definitely taking advantage of it.” However, when plans go south, Underwood has other friends she’s down to hang with — the cast of The Boondocks.

“Even though it was early 2000s [when the show premiered on Adult Swim], they were talking about everything, but in a funny way,” she says. “They were talking about racism, they were talking about gun violence, they were touching on subjects like homophobia — all those type of things — but in a lighthearted way, where you could look at it and be like, ‘Dang, this is really messed up,’ and, ‘This is the world that we live in,’ but also not be sad about it. Kind of like, ‘Oh wow, I can relate because this has happened in my everyday life, but I can also laugh at it.'”

When you need a full belly-laugh: Pen15 and Insecure

If there ever was a category to merit two answers, this would be it. Both of Underwood’s comedy choices are led — both in front of and behind the camera — by hilarious women: Anna Konkle and Maya Erskine’s Pen15 and Issa Rae’s Insecure.

“My middle school experience wasn’t like Pen15, but [the show] is still phenomenal,” Underwood says. “Anna and Maya, they are geniuses. The fact that they even came up with this concept and they were able to pull it off so well is just phenomenal.”

But it’s hard to top Insecure. “I think it is the funniest show that I’ve ever seen; it’s my favorite show,” she says. “[It highlights] all these awkward experiences that Black women especially go through on a day-to-day basis, whether that comes with the dating world or work — I definitely identify with being the only Black girl at work and just how awkward that is, being the only voice for Black people in the office or on set. It’s just hilariously funny and I absolutely love Issa Rae.”

When you want to get lost in a mystery: Lovecraft Country

Sometimes, you just need to get away from whatever is going on in your life. Underwood’s pick will definitely help you do that, while also giving you a good dose of reality.

Set in the 1950s in the United States, HBO’s Lovecraft Country addresses topics on race and racism right alongside battles with monsters and magical beings. “[The characters are] discovering all these mysterious creatures and all these cults and different things while also trying to battle racism in the Jim Crow South,” Underwood explains. “It’s probably one of my favorite shows right now.”

When you’re just going to scroll on your phone anyway: Daria

Don’t let the category name fool you: This special brand of “comfort show” is the MVP of streaming content; it’s the go-to series you put on at the end of a long day because you know it so well that you don’t need to devote 100% of your brainpower to it. For Underwood, that show is Daria. The MTV cartoon originally aired from 1997 to 2002 (before Underwood was born), but she still resonates with the witty humor and realistic portrayal of teenage life.

“I’ve already watched all [the] seasons before, so I know everything that happens … so it’s not like I’m hanging at the edge of my seat, like, ‘Oh, what happens next? What happens next?'” she explains. “That’s what I’ve been turning on to fall asleep to sometimes. I absolutely love the show.”

When your friends are having a watch party: Euphoria

Along with the rest of the world, Underwood and her friends can’t get enough of Euphoria. “Not too long ago, I actually had some friends come into town for my birthday and we had a Euphoria-themed night,” she says. “I had the LED lights in my room and we ate burritos and we did the Euphoria makeup and we took pictures and all that type of stuff.”

Typically, when you’re feeling like a blast from the past, you likely reach for a fave from childhood. Underwood, however, has only just started watching Girlfriends now that it’s on Netflix. (It hit the streaming service in September.) Regardless, to her, it already feels like home.

“Girlfriends reminds me of my mom and my aunties. [They’re] that good old friend group that just has each other’s backs. … [The] trials and tribulations of growing up and being Black women,” she says. “Even though I’m not their age, there’s still things that I can relate to. And then also growing up with a Black mom and all my aunties being Black, there’s just so many similarities, where I can be like, ‘Oh yeah, I definitely see them do this,’ or ‘I’ve definitely heard them talk about this.’ So for me, that’s nostalgic because it takes me back to being young and seeing my aunties and my mom interact.”

But there’s more where that comes from: “Another show that makes me really nostalgic that I have watched 10,000 times is A Different World. I love that show so, so, so much,” she says. “I’m like an old soul. So growing up, my favorite shows were Full House, The Brady Bunch, The Cosby Show — all those type of shows. I wasn’t really into the modern shows that all the kids were watching during that time.”

Whatever travel plans you had for 2020 were probably derailed by the coronavirus pandemic. Thankfully, Underwood knows just the show to quench your thirst for a getaway: Love Island USA.

“I recently just started watching it, actually, because my friends were begging me to,” she explains. “Just the idea of a bunch of people going away on a beach to find love and they’ve never met before — they’re all strangers — something about it is just so entertaining.”

On a Sunday in the fall: Avatar: The Last Airbender

Underwood wasn’t immune to the Avatar craze that swept Netflix fans earlier in 2020. “I used to watch it when I was little, but I wasn’t necessarily obsessed with the show growing up. I watched a couple of episodes here and there, but, in all honesty, I always got lost when trying to watch it,” she admits. “So then when it came on Netflix, I was like, ‘OK, I’m going to sit down. I’m going to dedicate my time to watching the show.'”

A couple episodes in, Underwood was hooked. “I absolutely love it. Even though I wasn’t the biggest fan of it growing up, I just remember all my friends being obsessed with it. So it still takes me back to elementary school when it first came on air.”

When you want major girl-power vibes: The Bold Type

Since it premiered in 2017, Freeform’s The Bold Type consistently draws comparisons to its spiritual predecessor, Sex and the City. (The clothes! The friendship! The unrealistic expectations of living in New York!) And just like SATC‘s leading ladies — Carrie, Samantha, Charlotte, and Miranda — the Freeform hit has a cast of characters to look up to: Sutton, Jane, and Kat.

So, who does Underwood see herself as? “Maybe Kat. I don’t know. I love her,” Underwood ponders. “Kat is just a phenomenal character. Aisha Dee, who plays Kat, is also really awesome. [Kat is] a boss and she’s a businesswoman, and as a Virgo, I would consider myself a businesswoman and a go-getter.”

While having a self-care day: Pose and Hollywood

Since Underwood considers watching TV a self-care activity in itself, it’s not surprising she put a lot of thought into the shows she’s watching when she’s having a full-blown personal wellness day. So, in addition to her other self-care activities (which include “face masks, meditation, eating good food, sleeping, and drinking lots of water”), she’s watching one of two Ryan Murphy hits: Pose or Hollywood.

“Both shows are about phenomenally talented and beautiful artists who also just happen to be minorities and underrepresented people [who] are going through life — struggles, trials, and tribulations — but coming out on top at the end,” Underwood explains. “Something to me about that is just so beautiful to watch.”

And then there’s Hollywood, which hits close to home for Underwood. “I can identify with being a Black actress in this industry, like Camille Washington and the micro-aggressions and racism that we have to go through on a day-to-day basis, but then also understanding that things have gotten better.”

As with many in her line of work, Underwood has some trouble sitting back and simply enjoying her own shows. “I tend to critique my performances sometimes,” she says. “Or I’ll see a scene and I’ll be like, ‘I know exactly how they shot that.’ Especially for Little Fires Everywhere. [For example,] none of that is real fire. Those were just green screens. And it’s crazy how they’re able to turn that into that.”

However, for anyone who didn’t star in the Hulu miniseries, Underwood thinks her show is perfect for a weekend marathon watch, no matter how many times you’ve seen it. “It’s one of those relaxation-type of shows where you can just kick up your feet and just chill and watch the show and get caught up in all the drama that’s happening.”

Here’s hoping Underwood graces audiences with another “can’t-stop-watching” hit soon. Until then, at least fans have her watchlist to stay entertained.

Wed Sep 30 , 2020
Kohler, Wisconsin If the name of this town located about an hour’s drive north of Milwaukee sounds familiar, it’s because it may be the birthplace of your toilet, bathtub, or sink. Kohler started out as a company town incorporated in 1912, housing workers from the massive plumbing-fixture factory, but don’t […] 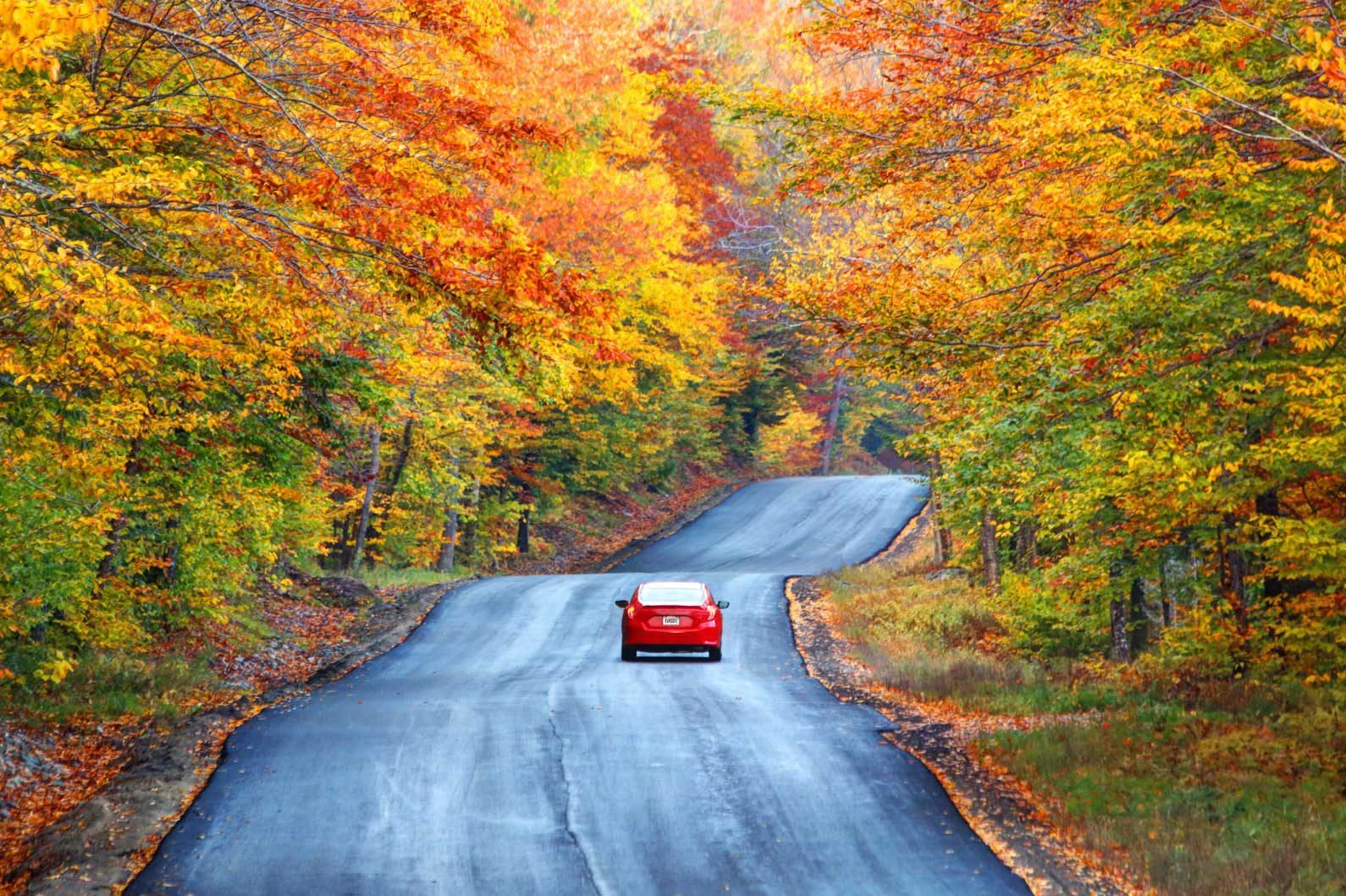