It is usually the domain of hangover-nursing sunbathers and rowdy tourists getting an early start on beach parties. But this year – as quarantines, restrictions and advisories take a toll on travel – the white sandy beaches and crystal-clear waters of Magaluf on the Spanish holiday island of Mallorca have […]

It is usually the domain of hangover-nursing sunbathers and rowdy tourists getting an early start on beach parties. But this year – as quarantines, restrictions and advisories take a toll on travel – the white sandy beaches and crystal-clear waters of Magaluf on the Spanish holiday island of Mallorca have some new visitors: Mallorcans.

“This is the first time we’ve ever come – Mallorcans do not come to Magaluf,” laughed Laura, 31, as she settled in for a day on the beach with her friends. “We came this year only because we knew there were no tourists.”

It’s a scene playing out across Europe as locals reclaim sites ceded long ago to throngs of tourists. Plazas once filled with the sounds of suitcases rattling over cobblestones now ring with children’s voices, while near-vacant landmarks offer locals an intimate experience of the top sights in their backyards.

Earlier this year Mallorcans began quietly spreading word of a nearly deserted, picture-perfect beach, resulting in a stream of locals traipsing out to Magaluf.

“I would have never brought my daughter here before,” Consuelo Merchante told the news website Ultima Hora. It was her first time visiting Magaluf’s beach in four decades. “We stayed away because of the British tourists,” she said.

The novelty of being a hometown tourist, however, comes at a steep cost. In Magaluf and across tourist sites in Europe, the backdrop is one of shuttered shops and hotels, hinting at the devastating economic impact of the plunge in tourists.

A man sits in an empty street in Magaluf. Photograph: Joan Mateu/AP

“It’s bittersweet,” said Vesna Celebic, a tour guide in the Croatian city of Dubrovnik. In recent years locals had resigned themselves to sharing the walled old town with millions of visitors, enduring the relentless arrivals of mammoth cruise ships and the clatter of helicopter tours overhead.

Then the pandemic brought these drawbacks into sharp relief. “At the moment it’s wonderful,” she said. “The old town is definitely the place that the locals reclaimed. Now you see a lot of kids riding bikes and playing soccer in some of the public squares, you hear the locals again. You hear the local language.”

Still, the dire reality facing the tourism-dependent city was unescapable. Celebic had just wrapped up her fifth tour of the season, when normally she would have racked up 100 or so at this point. “The things is, there is this economic disaster looming upon us,” she said.

In Italy, cities and beaches usually thronged with foreign tourists have become a draw for Italians. Locals have flocked to the Riviera Romagnola, a stretch of golden beaches overlooking the Adriatic sea.

“With the advent of low-cost flights to foreign destinations, young Italians had preferred to spend their holidays in Spain or Greece,” the deputy mayor of Rimini, Gloria Lisi, told the Guardian.

But the pandemic appears to have reversed this flow, with the riviera now playing host to a crop of first-time visitors. “This summer, Rimini is crowded with people in their 20s who come from neighbouring regions. This hasn’t happened for decades.”

At some of the continent’s most popular landmarks, the emptiness itself has become an attraction. Last month photos circulated online of nearly deserted rooms at the Louvre gallery in Paris, in jarring contrast to last year when almost 10 million people passed through its doors.

The chance to take in some of the world’s best art without elbowing through crowds has been a draw for some. “Morning at the Louvre to take advantage of the lack of tourists,” author Mira Kamdar wrote on Twitter last week. “Paris as we Parisians rarely get to experience it.”

For many, it’s an experience that has been tempered by fears over what lies ahead for the economy in Europe, where tourism contributes about 10% of the GDP. In Spain, one industry lobby group estimated that the steep fall in tourists could translate to nearly €100bn (£90bn) in lost revenues, with the Balearic Islands, home to Magaluf, and Catalonia expected to be among the hardest-hit regions.

In Barcelona, which before the pandemic was receiving an average of 155,000 visitors a day, arrivals have slowed to a trickle. “Tourism had been pushing out residents, in some ways,” said Arlene Bayliss, a marketing professional based in the city. “Now it’s the reverse: it’s tourists that get lost among the locals.”

She is now seeing the city in a new light, marvelling at the ability to snap photos alone on the steps of the city’s cathedral, or use the time she had once spent navigating a sea of tourists to focus on the city’s stunning architecture.

The lack of visitors, coupled with the departure of city residents on August vacations, has emptied the usual tourist haunts such as the Gothic quarter. “You can wander through and there’s not a soul,” she said. “Then you come across a plaza filled with locals and kids playing. It’s very different.”

The situation has demonstrated what is at stake for cities and other hotspots in striking a balance between attracting tourists and catering for local residents.

Celebic, the tour guide in Dubrovnik, raised the issue of packed public transport and the proliferation of tourist flats that price out residents. “While I think this is a disaster and economically it’s scary, I think it’s also a moment to pause and reflect,” she said. “Tourism should be a pleasure, not only for those coming in but also for those staying in and residing in [the city].”

Is It Better to Visit Australia or New Zealand - 2020 Review

Sat Sep 19 , 2020
Img source: aecchandigarh.com There are countless tourists and adventurers who are thinking about heading to one of the pearls of the southern hemisphere – Australia or New Zealand. These two physically so close but culturally so different countries have a lot to offer to curious folks who can’t wait to […] 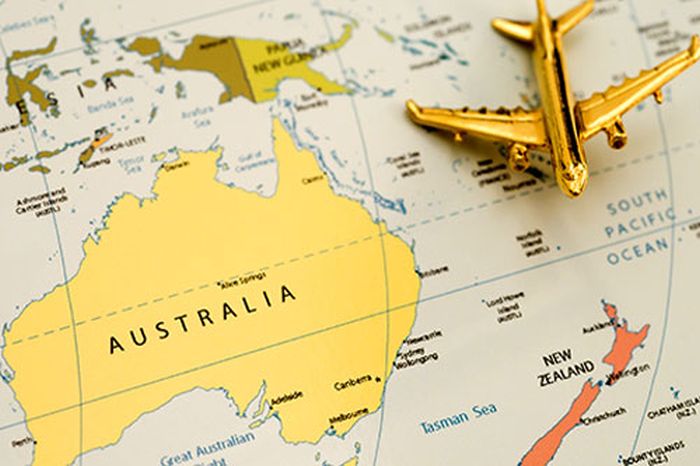