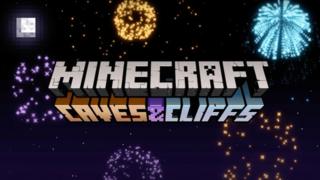 Minecraft Live took place on 3 October and the promise of huge updates to the game did not disappoint.

Makers Mojang have announced an update called Caves & Cliffs which will be dropping in the summer of 2021.

Expect to go cave diving and cliff climbing in a cave that now has features like waterfalls, huge caverns and cave lakes! What a glow up!

So, what other fun stuff was revealed? We’ve got it covered below. 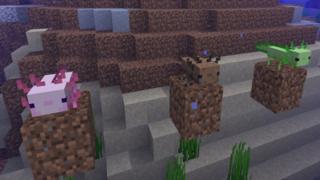 Give a big welcome to possibly the cutest mob ever! The axolotl was revealed as one of the new mobs

Say goodbye to the dull and dreary caves of old!

The new update will generate caves with much more variation, with narrow tunnels, huge cave lakes and underground waterfalls.

Ever wanted to build a telescope? Well this update will let you do just that.

Players will also have an archaeology system where they can find items buried in ruins. You’ll be encouraged to use a brush to carefully dig an artefact out without damaging it. Move over Indiana Jones!

There will also be new blocks, like the Sculk Sensor that reacts to movement by letting out a redstone signal that gives players more ways to create contraptions.

Expect stalactite and stalagmite blocks that make up the inner rocks in the cave and a copper ore that can help make a lighting rod block!

Mojang also revealed two new mobs that will be coming – the Axolotl and the Warden.

Mobs are creatures in the Minecraft world. They are the players, the villagers and the monsters that can be spawned or destroyed.

The Axolotl is a creature that lives in pools of water and can help players during a battle. This mob is very friendly and super cute.

The Wardens are a not-so-friendly hostile mob and they react to movement rather than sight. 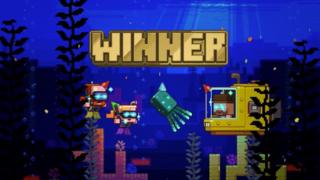 Players voted for a new mob to join the game

During the live event, players were able to cast their vote for the next mob that is added to the game.

The choice was between Moobloom, Iceologer and Glow Squid. And the Glow Squid won!

The Glow Squid might look scary but is pretty chilled and won’t attack you. The coolest thing about this mob is it glows in dark waters. 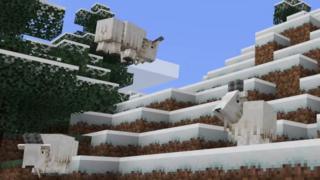 Have you ever seen a goat this square before?!

There’s also new features coming to cliffs. It will include more spectacular mountain generation, snow traps, and even mountain goats!

Other news to come from the live event was a new Equality and Inclusion lesson category that will be added to Mincecraft: Education Edition. It will have a map that takes students through historic civil rights movements. 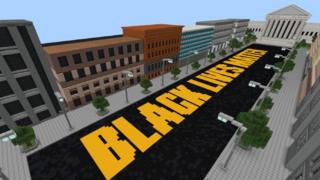 Minecraft: Education Edition will have a new map focused on civil rights

Meanwhile, Minecraft Dungeons will be getting crossplay across PC and consoles, which is perfect for people who want to play with friends across PS4, Switch, Xbox One, or PC.

And that’s not all! A free game update called Apocalypse plus is also being added to Minecraft Dungeons along with a new area called The Howling Peaks.

There will also be new enchantments and items to use in battle.

What do you think to the updates? Let us know in the comments below.