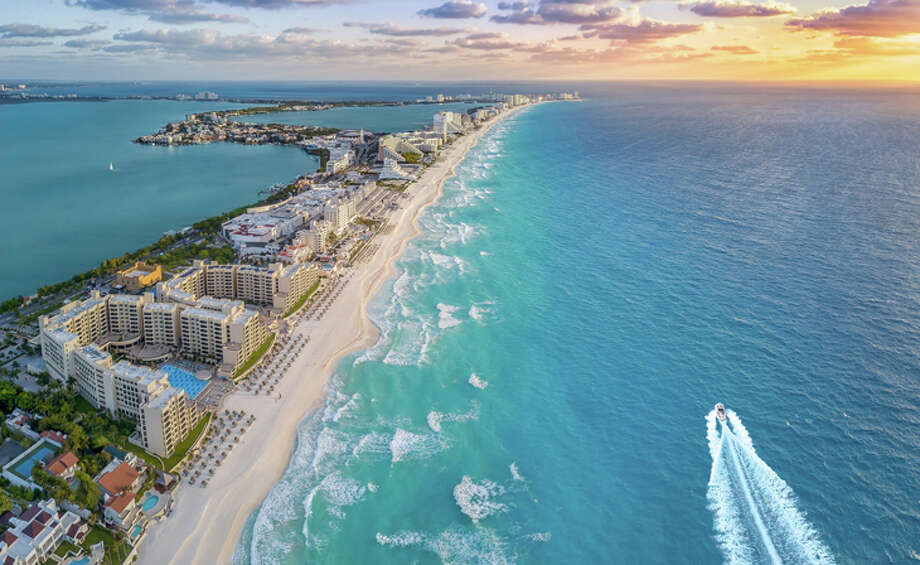 San Francisco International is getting a new nonstop to Cancun on…

In this week’s TravelSkills on SFGATE newsletter…

As the fall travel season gets underway, we are still seeing a slow return to air travel and some promising news from airports and airlines. The TSA said last week was relatively busy for airport security, with most days exceeding 700,000 passengers, and Sunday hitting 809,000. American Airlines says it is going to open its big new Admirals Club at SFO’s Harvey Milk Terminal 1 in October (along with seven other lounges in its network). We’ll have more details about the clubs (and avocado toast) this week. That news comes on the heels of the “A-side” of SFO’s international terminal reopening early this month, and the addition of a handful of unusual new flights from the Bay Area, which you can read about in the stories below.

In route news, JetBlue is adding more California routes, including one from San Francisco, one from Palm Springs and several from Los Angeles; United tweaks its new no-change-fees policy; United also announced some new international service, including a route to India from SFO; American will push up the revival of LAX-Sydney flights and code-share them with Alaska; Air New Zealand and Emirates cut SFO schedules; and Salt Lake City will open its new airport next week. Read: Routes: JetBlue’s California moves + United, AA, Air New Zealand, Emirates, new SLC airport

If international air travel is ever going to open up again in the age of coronavirus, it’s becoming apparent that some kind of fast and efficient COVID-19 testing program will be required at airports. With the U.S. government’s decision to stop its current ineffective policy of checking international arrivals next week, it looks like the private sector might have to take up that task – and that’s starting to happen, too. Read: Rapid COVID-19 testing at airports essential for air travel rebound

Slowly but surely travelers are returning to the skies, and Southwest Airlines is ready to welcome Californians back with a 2-day sale. [NOTE: This short sale has expired, but there are still plenty of good deals out there for fall and winter travel. If you’d like to get alerts about sales like this, be sure to follow us on Facebook, Twitter or LinkedIn, where posts appear on the day they are published.] If you can book by midnight Wednesday, roundtrip fares are running as low as $80 within California, $100 to/from neighboring states and just $200 to and from Hawaii. Read: Southwest Airlines 2-day sale: Hawaii $198, California $78.  Monday morning update: Nonstop fares between the Bay Area and Hawaii (for Nov-Mar flights) are in the $250 roundtrip range. Intra-California fares are at about $97 roundtrip. Not bad!

In the midst of a pandemic-induced airline industry tailspin, it appears that United is taking the long view, adding a bevy of new flights to far-flung destinations (including a new “longest” flight from SFO), and adding new wide-body flights to Hawaii from Chicago and New York. It’s even getting a new “enhanced” B787 for its longest haul. Read all about it: United announces SFO’s longest flight to Bangalore, India

Tell your friends about TravelSkills on SFGATE and have them sign up for our FREE weekly email alerts or forward this email to them!

With Americans shut out of traveling to most countries in the world due to the coronavirus pandemic, Mexico is looking more attractive to travelers itching for an international trip. But is now the right time to go? Is Mexico safe? What about later this year or the holidays? Read: Should I book a trip to Mexico?