Skip to content
By: Noble HorvathPosted on October 3, 2020
CLOSE

When Elijah Hills first arrived at Delbarton as a freshman, he would “feel out of place and go to a dark place sometimes.” He was new to the small, all-boys school, trying to fit in. But he already stood out, because he is Black.

A football player and track athlete from Rockaway, Hills found a family within the Delbarton brotherhood. He also turned to the Diversity Among Peers club, where kids of color come together to share their experiences.

Fewer than four percent of Morris County residents self-identified as Black in the last census, almost 10 years ago. About 83 percent of the local population is Caucasian, compared with 59 percent statewide.

“There’s not many people who are like you, from a small town, being Black,” said Hills, now a senior defensive tackle — and one of nine Black kids on the Green Wave varsity roster.

“It’s not like anybody did anything. It’s a lot different. It felt like, ‘Do I even belong here?’ … There’s that stereotype: ‘That kid must be good at sports.’ All eyes are on you, and it’s expected for you to be good at sports. It can be any sport. You’re expected to be able to play.” 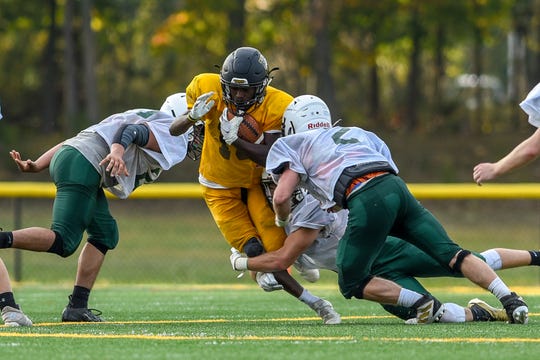 Ismail “Ish” Yasin felt he had to earn respect on the football field after his family moved from Maplewood to Florham Park when he and his twin brother, Isaiah, were in third grade. In addition to being Black, the Yasin brothers are being raised as Muslims like their father, who also got them into football — though Isaiah has traded sports for a job.

Though he’s one of just two Black players on the Hanover Park football team, Ish Yasin has never heard a racial slur during the game. Teammates have relayed them to him, but Yasin said, “When you’re trash talking, that kind of stuff doesn’t come up.”

A senior running back and cornerback, Yasin has noticed increasing diversity at Hanover Park. He and his brother seemed to be the only two people of color in their grade growing up, but he estimated, “there’s like 10” now.

“I’ve been accustomed to being different, and being the only person the way I am,” Yasin said. “In high school football, I see them as my teammates. They treat me like I’m just like everybody else. They have a lot of respect for me. … I used to look around and see my brother in the same position group, and now there’s even less people like me there. It’s still a family, and I still feel good on my team.” 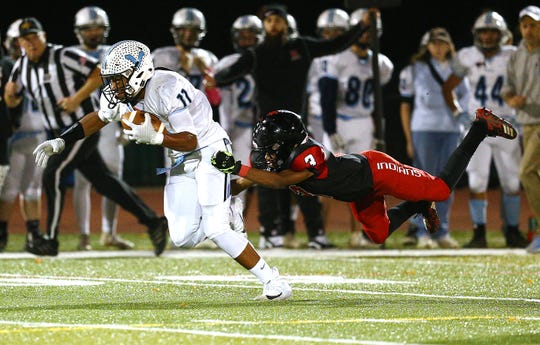 “I was focused on the game, but I remember it was bad,” said Thompson, who has verbally committed to play football at Rutgers, following his parents, Neretta (Rutgers track) and Eric (New Hampshire football) to NCAA Division I programs.

The slights are usually more subtle, like feeling a store clerk’s eyes while browsing, or being asked, “Oh, are you there for football? Do you play basketball? You must be one of those kids who get financial aid,” when discussing your private high school, like Hills has.

Hills chose to take “Contemporary Issues,” a Delbarton class which is focusing on racial injustice during the fall semester. Though Yasin thought the two Black Lives Matter marches in Florham Park were “pretty cool,” he doesn’t want to “attract so much attention” by taking a knee during the national anthem when high school football games resume this weekend.

“It’s kind of hard playing in Morris County,” Dawson said. “There’s not a lot of kids like me in Morris County. But I don’t think about all that stuff. I just try to play the game and focus and try my best.”

Jane Havsy is a sports reporter for DailyRecord.com. For full access to live scores, breaking news and analysis, subscribe today.