The BC NDP is expected to reveal its commitment to the future of long-term care in the province on Wednesday as the provincial election campaign continues. NDP Leader John Horgan is silhouetted against a reflector as he addresses the media during an election campaign stop in Coquitlam, B.C. Tuesday, September […]

The BC NDP is expected to reveal its commitment to the future of long-term care in the province on Wednesday as the provincial election campaign continues.

NDP Leader John Horgan is silhouetted against a reflector as he addresses the media during an election campaign stop in Coquitlam, B.C. Tuesday, September 29, 2020. THE CANADIAN PRESS/Jonathan Hayward


NDP Leader John Horgan will be laying out the party’s first major policy piece of the campaign in Surrey.

Long-term care has been thrust into the spotlight during the ongoing COVID-19 pandemic. The NDP, while in government, put in a policy where workers could only work at one long-term care home at a time. The rule was put in place in order to help prevent the transmission of the virus in care homes.

There have been repeated concerns raised about the for-profit care home model currently in place in British Columbia.

The BC Government & Service Employees’ Union has launched an online petition that has collected more than 13,500 signatures to “End For-Profit Seniors’ Care” in B.C.

“Many seniors lost their lives too soon and their families have been left to pick up the pieces,” the petition reads. “This tragedy lays at the feet of for-profit companies because by under-employing workers at low wages in order to maximize profit, care workers were forced to cobble together hours by working at multiple locations.

“As we now know, this patchwork system turned out to be the ideal conditions for the spread of the virus.”

Over 75 per cent of Canada’s COVID-19 deaths are connected to long-term care facilities and make up the majority of deaths in B.C.

BC Liberal Leader Andrew Wilkinson will begin Wednesday at Uptown Dawg, a dog daycare, and Gabi & Jules Bakery in Port Moody to talk about the impact NDP taxes have had on small businesses and how the Liberals’ promise to eliminate the PST for a year will benefit businesses.

Wilkinson will spend the afternoon in Surrey-Panorama.

Green Party Leader Sonia Furstenau will be in Victoria to introduce new candidates, including in Oak Bay-Gordon Head. The Greens are trying to hold on to the seat former party leader Andrew Weaver won in 2013 and 2017.

NDP candidate for Delta North Ravi Kahlon will also be speaking to reporters on Wednesday. He is expected to raise concerns over WhatsApp messages that show organizers for Liberal candidate Gary Thind were collecting personal information for voters.

Elections BC is looking into allegations the information was being collected in order to receive mail-in ballots. According to the Election BC website, a person can only request and vote with their own vote-by-mail package.

“At this stage we have no evidence to suggest that requests for vote-by-mail packages were actually made on a voter’s behalf,” the statement reads.

“We have contacted Gary Thind’s campaign and the BC Liberal Party, who have denied the allegations and stated that no voter information was received and no requests for vote-by-mail packages were made on behalf of voters.”

How we can create a fairer, greener Australia beyond COVID

Fri Oct 2 , 2020
Joe Castro/AAP We are living through the greatest disruption of the postwar era; what is likely to be the defining historical period of our lives. And the disrupter is a piece of RNA surrounded by fat, a virus human beings have never before encountered. A virus that ticks all the […] 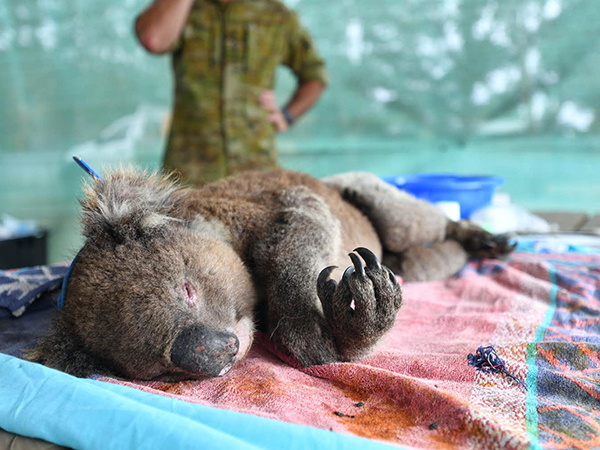