© Jered and Ashley Gruber
Neilson Powless, of Oneida descent, is likely the first Native American to compete in the Tour de France.

ONEIDA – An Oneida man with ties to the Green Bay area has this year become the first tribally recognized Native North American to compete in the Tour de France, according to ESPN.

Neilson Powless, 24, was raised in California, but he would spend many summers in Wisconsin visiting his late grandfather, Matthew Powless, a tribal member of the Oneida Nation.

His two top finishes were early on in the Tour de France.

During the sixth stage, Powless finished fourth, and during the eighth stage he finished fifth.

“Two top five finishes within the first eight days is pretty incredible for anyone at that level,” said his sister, Shayna Powless, 26, who’s also a highly ranked racing cyclist.

The Tour de France was started in 1903 and currently features nearly 200 of the best ranked cyclists from around the world racing more than 2,000 miles in teams over 23 days.

Powless is still competing in the race, which ends on Sunday.

A spokesperson for the Tour de France said that while this is first time they are aware a Native North American is competing in the race, they cannot confirm he is absolutely the first.

Cycling is a sport that tends to attract few Indigenous North American competitors, according to Shayna Powless.

She’s hoping her brother’s success can help change that.

“Native Americans are an underrepresented demographic in the sport of cycling, but we’re hoping (Neilson) can inspire others,” Powless said. “He’s setting an example.”


The siblings come from a very athletic family and would always motivate each other in their competitiveness growing up.

Their father, Jack Powless, loved competing in the Ironman Triathlons, and their mother, Jen, represented Guam in the 1992 Olympics marathon event.

Bobbi Webster, spokeswoman for the Oneida Nation, said she knew Matt Powless well and described him as nice and friendly.

She said Neilson Powless is a descendant of the Oneida Nation.

Shayna Powless said their grandfather was full-bloodied Oneida, their father is half and they are a quarter. That’s the minimum blood quantum to be eligible for tribal membership.


“Whenever one of our own from the Oneida community are in the spotlight, it definitely does not go unnoticed,” said Oneida Nation Chairman Tehassi Hill. “Neilson’s journey and accomplishments, I’m sure, are spoken of at many gatherings here in Oneida.”

He said Neilson is helping to inspire others in the community.

“Neilson’s trail he is leaving for others is a trail of journey, hope and inspiration,” Hill said. “Even during a pandemic, he did not falter or give up on his dreams — and this is an important message, not only to our youth here in Oneida, but to everyone in our community.”

She and her boyfriend, Eli Ankou, who plays in the NFL for the Indianapolis Colts, recently started the Dreamcatcher Foundation with a goal of starting youth sports camps in or near Indigenous reservations.

Shayna Powless said she’s sure her brother will be invited to compete again in the Tour de France next year given his performance this summer.

Frank Vaisvilas is a Report For America corps member based at the Green Bay Press-Gazette covering Native American issues in Wisconsin. He can be reached at 920-228-0437 or [email protected], or on Twitter at @vaisvilas_frank. Please consider supporting journalism that informs our democracy with a tax-deductible gift to this reporting effort at GreenBayPressGazette.com/RFA.

Our subscribers make this coverage possible. Subscribe to a USA TODAY NETWORK-Wisconsin site today with one of our special offers and support local journalism.

Tue Sep 22 , 2020
On September 13, 1996, Tupac Shakur was assassinated after being shot nearly a week prior by an unidentified assailant in a case that remains unsolved. As one of the most influential rappers of all time, Shakur was noted for his rap style and lyricism as well as his choice to […] 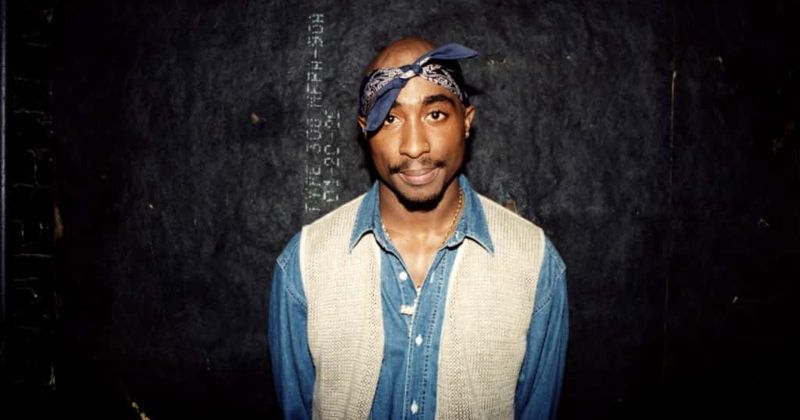