Although the holiday is typically celebrated on June 19, the New Jersey legislation declares the third Friday in June “Juneteenth Day,” according to Murphy’s office.

“Commemorating this date is just one component of our collective approach to end a generational cycle of pain and injustice that has gone on for far too long. Every Juneteenth, we will celebrate the end of the physical chains which once held Black Americans down,” Murphy said in a statement.

“While more work lies ahead to undo the oppression that remains, Juneteenth is important marker that reminds us of our mission to create a society that enables our Black communities to achieve the full equality which they deserve,” he added.

R&B star SZA, who joined Murphy for the signing of the bill, praised the governor’s actions.

“I am a direct descendant of slavery. My great grandmother, my great-great grandmother, that is my family. It is not even a past stain,” SZA said. “It is a current reality that we are living through the post traumatic slave syndrome, the PTSD, and the effects of that currently, right now. Thank you, Governor Murphy for this.”

June 19 marks the day Gen. Gordon Granger informed formerly enslaved African Americans in Texas of their emancipation in 1865, more than two years after the passage of the Emancipation Proclamation. The Lone Star State was the final state where emancipation was announced.

Since the death of George Floyd, a Black man, in Minneapolis in May, the subsequent conversations around race have led several companies and governments to declare Juneteenth a holiday.

Natural History Museum Brushes Up for a Reopening

Mon Sep 28 , 2020
Don’t expect to put your arm around Teddy Roosevelt for a selfie. Or poke a finger in a moon crater, or scrape the mighty jaw of a T. rex. When the American Museum of Natural History reopens on Sept. 9, it will — like all cultural institutions that have been […] 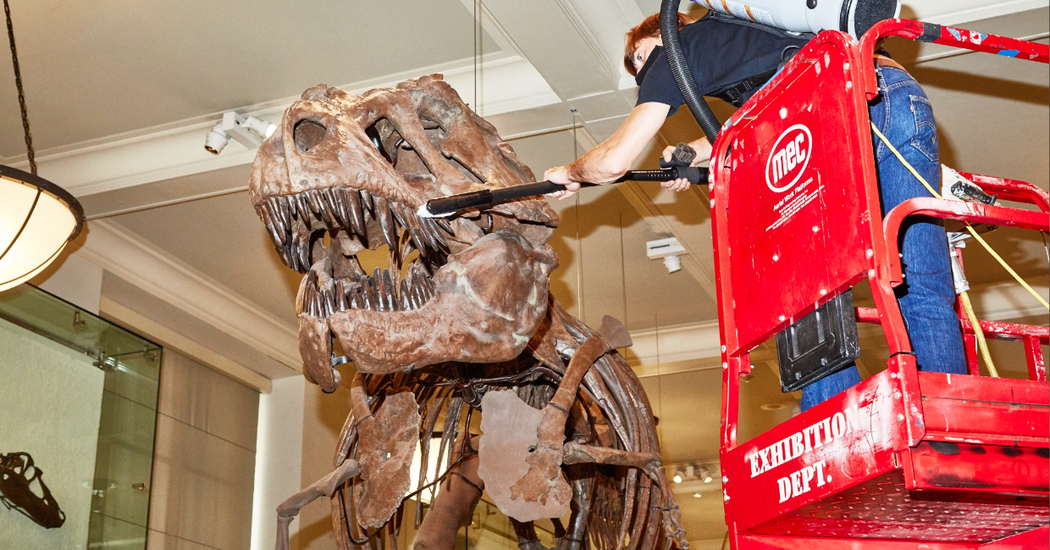