Glen Rock High School Senior Connor Cunningham,17, the founder of Friends of NJ Ponds, works his project to clean up toxic algae from the duck pond at Saddle River County Park in Glen Rock on 08/06/20.

Despite the recent drop in temperatures, harmful algal blooms continue to emerge in lakes and streams statewide, including two new spots where swimming is now prohibited and residents are at moderate risk for health problems in Lake Hopatcong.

Samples taken from two areas in the state’s largest lake on Aug. 6 and Aug. 11 and confirmed Monday show elevated levels of the harmful blue-green bacteria, according to the state Department of Environmental Protection’s interactive map.

The heightened levels triggered an “advisory” for residents in a spot roughly 1,400 feet, or just over a quarter mile, north of the River Styx bridge in the Hopatcong section of the lake. The warning was not believed to be in effect on Saturday, when more than 150 motorboats and kayaks were in the area for a flotilla to support President Donald Trump.

A man walks by the closed beach at Hopatcong State Park in July 2019. The state Department of Environmental Protection has issued new advisories for summer 2020 as harmful algae blooms, fed by high temperatures and chemical runoff, continue to be a problem in Lake Hopatcong. (Photo: Danielle Parhizkaran/NorthJersey.com)

The advisory also covers a section of the lake that is accessible by private docks along Hudson Avenue in Crescent Cove — one of the hardest-hit areas when toxic blooms shut down the lake for much of last summer. Had a public beach been located along that section, it would have been required to close.

Those levels would pose a moderate risk for adverse health effects should the water come in contact with a person’s skin or if ingested, the DEP says. The same applies to pets.

Resurgence: State confirms new algal blooms on Lake Hopatcong a year after the lake was shut down

Under an “advisory,” residents are told to not swim or even step in the water in the affected area. The state advises against the use of kayaks but motorboats are OK. Fishing is allowed but fish caught should not be consumed, according to the DEP.

A skin rash, the mildest symptom, can occur from direct contact with bacteria. If ingested, the toxins they produce can cause abdominal pain, headaches and sore throats, among other symptoms.

Algae tends to bloom in the summer months when water temperatures are warmer than usual. The blooms absorb sunlight, which makes water warmer and promotes even more outbreaks, according to the U.S. Environmental Protection Agency.

The Hopatcong State Park beach area is now under a “watch,” with a sample finding 39,500 bacterial cells per milliliter. The watch does not require the closure of the beach, but the state says residents should be mindful of the potential for allergic reactions.

The state also declared a watch in Raccoon Cove, just north of Raccoon Island in Jefferson.

Lake Hopatcong had its first reported harmful algal blooms on July 27 this year — a late start compared to the June closure of many portions of the lake in 2019. A watch remains in effect at Mt. Arlington Beach and the beach area of the Lake Forest Yacht Club in the Jefferson portion of the lake.

Six additional spots along the 2,461-acre lake have tested negative for the blooms.

Colleen Lyons, the administrator of the Lake Hopatcong Commission, did not immediately return a phone call seeking comment. Several steps have already been taken to eliminate the blooms, but it will take time for them to pay benefits, said commission Chairman Marty Kane.

Aerators were installed in Crescent Cove in late July, the Commission wrote in a Facebook post on Friday. Just days ago, the Community Association at Prospect Point beach in Jefferson was treated with an ecologically friendly alternative to common copper-based algaecide treatments, the agency said.

The project is the latest funded by a $833,000 grant to help control and mitigate harmful algal blooms. The state DEP provided $500,000 with the remainder coming from local agencies, funds that were announced in March.

The Lake Hopatcong Commission also announced on Wednesday that the DEP has awarded it a $206,000 grant to address the lake’s nutrient sources to help reduce the likelihood of harmful algal blooms.

According to a press release, the grant will fund the design and implementation of four in-lake or watershed projects to reduce the availability of phosphorus that contributes to the increase of blooms.

Summer 2019 was devastating for local residents and businesses after harmful algal blooms emerged as early as June, with several beaches along the lake not even reopening until mid-August.

Sun Sep 20 , 2020
Meghan Markle and Prince Harry’s royal titles were ditched for the first time in a promo video for their upcoming television appearance. The Duke and Duchess will be honored for TIME Magazine’s annual list of 100 of the world’s most influential people. ABC will air the special on Sept. 22, […] 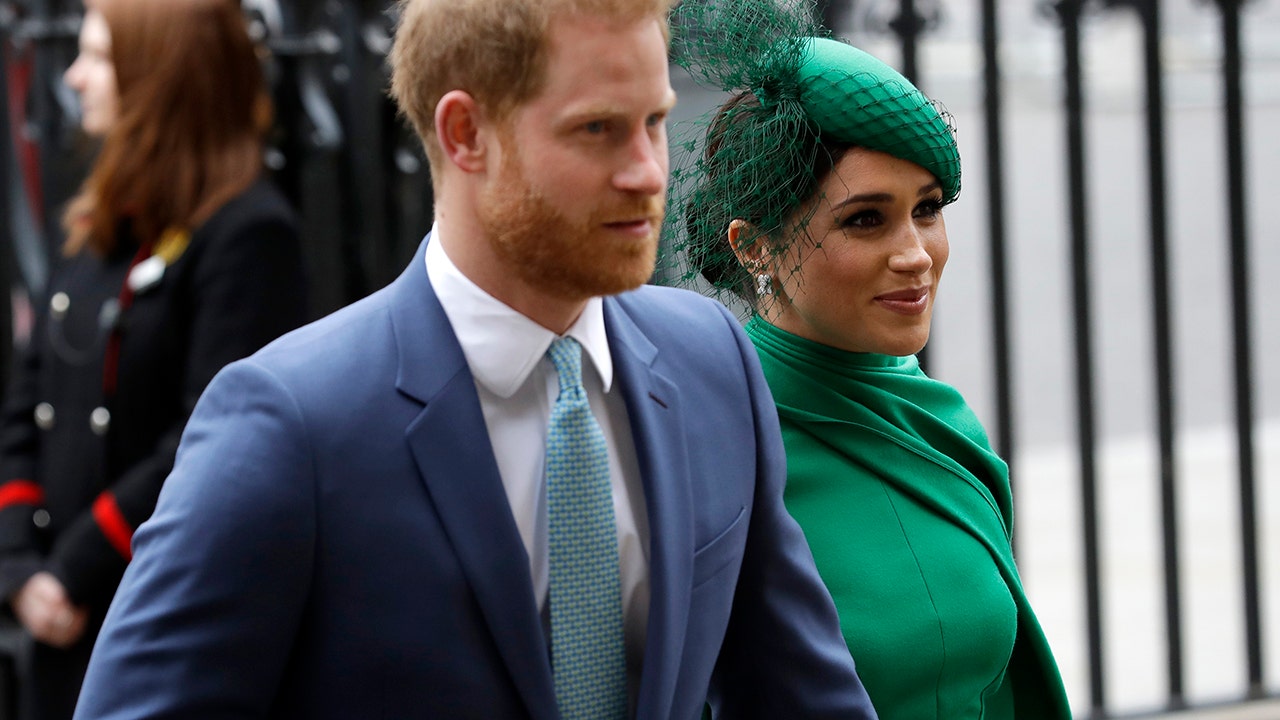