TJ Noto walked off the field last season just short of fulfilling his goal. Valley View lost in the District 2 Class 4A championship game to Dallas, ending the Cougars’ two-year run as district champions. It also ended the careers for several of his teammates, who left their mark on […]

Valley View lost in the District 2 Class 4A championship game to Dallas, ending the Cougars’ two-year run as district champions.

It also ended the careers for several of his teammates, who left their mark on the Valley View program.

Knowing the team was hit hard by graduation, Noto took on the responsibility of helping the Cougars attempt to claw their way back to the postseason and defend their Lackawanna Football Conference Division II title.

“In the situation that we were in, not being able to practice that much together, I have been telling the guys they had to do things on their own,” Noto said. “We had to get back to practice and be ready to play at a level as if we practiced all summer.

“My mentality is that I have

to do whatever it takes to win a championship.”

Noto started last season at fullback and proved valuable in both the running game and passing attack.

When not lead blocking, he ran for 247 yards and three touchdowns and caught nine passes for 83 yards and two scores in the Cougars’ 11-2 season.

While in lockdown in the spring because of the coronavirus pandemic, Noto worked out daily in his home gym.

“I put myself through some really tough lifting and running workouts,” Noto said. “I locked myself inside my garage and worked out for 3 hours a day. I think that showed the younger players a good example of what we need to do. I want this more than anything.”

As one of only three starters returning on offense, including tackle Tyler Swartz and receiver Sean Mackinder, Noto is guiding the team and making sure they understand the speed of the game at the varsity level.

Among the key newcomers on offense will be running back Rylei Kilmer, who had 297 yards rushing, tight end Dante Randle, wide receivers Jordan Rebar and Kion Simmons, and linemen Jacob Casarin and James Casarin.

Valley View has several players back on defense. Swartz and Danny Vislosky give the Cougars a solid punch inside on the line of scrimmage. Defensive end Matt Smith also returns.

Corey Coulthard had 59 tackles at linebacker and Adam Howanitz, who had two interceptions, will be in his second season as a starter in the secondary. Chris Conserette will give the defense a boost in the secondary, while linebacker Ian Little, who had 34 tackles, logged a lot of minutes last season.

“We need to stay consistent,” Noto said. “These guys know what it takes to win. We don’t have a lot of returning guys, but that being said, we have all worked very hard. Our expectations never change.”

Sun Sep 27 , 2020
ANKARA A 1,800-year-old Lydian-era atonement inscription was featured Wednesday in a museum exhibit in Turkey, after it was smuggled from the country and found 23 years ago in Italy.  The inscription was returned to Turkey early on Wednesday and placed in the Museum of Anatolian Civilizations in the capital Ankara. […] 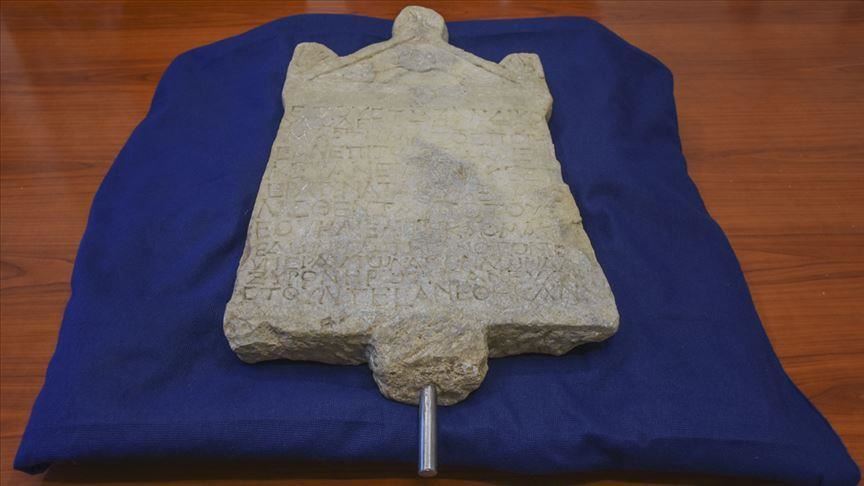