South Los Angeles has experienced an uptick in violent crime this year that has only accelerated in recent months, L.A. officials said Friday. To date, the area has seen 39 more homicides than at the same point last year, as well as 101 more shooting victims over the same period, […]

South Los Angeles has experienced an uptick in violent crime this year that has only accelerated in recent months, L.A. officials said Friday.

To date, the area has seen 39 more homicides than at the same point last year, as well as 101 more shooting victims over the same period, according to Los Angeles Police Department Chief Michel Moore.

In the past five days alone, 19 people were shot, four were killed and 11 people were shot at, according to LAPD. Since Tuesday alone, the South Los Angeles area has reported 11 shootings, including two homicides.

“This is a pace of shooting and violence that we’ve not seen in years,” Moore said at a news conference. “And it has grown an effort that began, or in issues that we saw beginning in June and July, and now has continued to accelerate.”

Though South L.A., which is 59 square miles, represents just 12% of the city, the region accounts for 39% of the homicides, 45% of shootings and 47% of victims shot, according to Deputy Chief Regina Scott of the department’s South Bureau.

Officials cited the COVID-19 pandemic, and the levels of “stress and trauma” it has brought to communities in Los Angeles and across the countries, as one factor exasperating the situation.

“Kids are out of school, guns are out in the streets, fewer police officers on the streets is a recipe for a spike in crime,” L.A. City Councilmember Joe Buscaino said at the Friday morning news conference.

The violence is especially impacting younger people. In 2020, 40 South L.A. shooting victims have been under the age of 18, and nine were under 10 years old.

“We have an issue. Our babies are getting shot out, our kids are getting killed in Los Angeles,” Buscaino said.

Councilmember Marqueece Harris-Dawson called the number of young people who were shot in the area in recent weeks “unconscionable.”

“We’ve lost far too many lives to gunfire in the last several weeks,” he said.

“It’s not just the gang members shooting each other, it’s the innocent victims” that are in the crossfire, she said.

The LAPD chief also noted that the violence was hitting the young and innocent, recalling a case from a few days ago where a 20-year-old man — an aspiring police officer who was rushing home from his day job — was shot while sitting in his car.

The young man was at a signal when a vehicle came up beside him and individual got out and began shooting, according to Moore. The victim was struck but survived.

Investigators believe the shooting was a case of mistaken identity, and that rivals were looking to retaliate for an earlier shooting in the area but ended up injuring the wrong man, the chief said.

The deputy chief of the South Bureau said 2,397 total arrests have been made this year, including 212 violent crime suspects in one month. To date, about 1,300 weapons have been confiscated, including 254 taken off the streets in September — the most of any month this year, according to Scott.

Still, that appears to have done little to curb the violence in the area.

Moore acknowledged that the issue isn’t one that LAPD can “arrest our way out of this.”

But, he said, he is “encouraged” by the efforts of the agency’s gang intervention specialists, which are ongoing. That includes having workers in the street, as well as outreach ambassadors.

“I’m also encouraged by the promise and the commitment by our council to deepen and strengthen that, because we need calmer voices in the street today,” the chief said.

He called for the City Council to continue its investment in LAPD’s intervention and prevention efforts.

In his remarks, Harris-Dawson emphasized there will be expanded of community and gang intervention workers in the area over the coming days to mitigate the increase in violence.

To help law enforcement, Buscaino also urged citizens to come forward with any information about those who are “terrorizing” local communities.

“Our call to action is, we need everyone involved. LAPD cannot be on every street corner,” the councilmember said. “LAPD cannot be in front of your house 24/7. It’s up to us as a community.”

Fri Oct 2 , 2020
The cuts come amid ongoing COVID-19 impacts on park business and the continued closure of Disney’s parks in California. Tens of thousands of Disney Parks employees will lose their jobs, the company announced Tuesday. Josh D’Amaro, chairman of Disney Parks, Experiences and Products, released a statement saying about 28,000 domestic […] 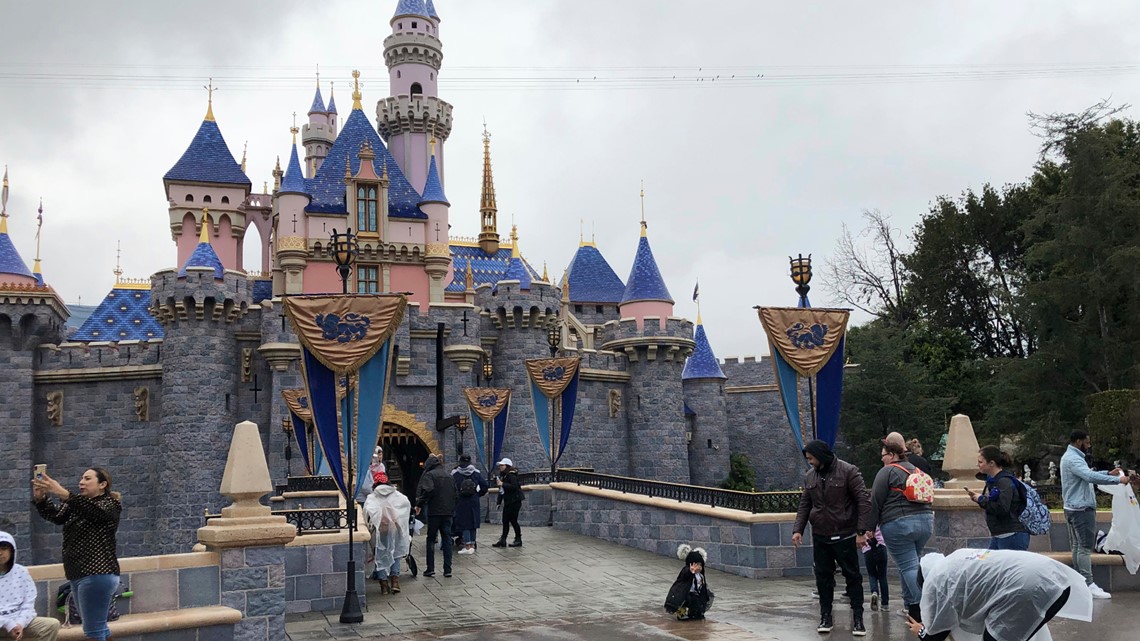