TAMPA — S. Kay Andrews and other leaders of the nonprofit group that owns Tampa Park Apartments stand to make millions of dollars from the sale of most of the 18-acre housing complex to a Ybor City developer. © MARTHA ASENCIO RHINE/Times/Tampa Bay Times/TNS Alyana Jones, 27, explains that she […]

TAMPA — S. Kay Andrews and other leaders of the nonprofit group that owns Tampa Park Apartments stand to make millions of dollars from the sale of most of the 18-acre housing complex to a Ybor City developer.

© MARTHA ASENCIO RHINE/Times/Tampa Bay Times/TNS
Alyana Jones, 27, explains that she already has a new place to live and was in the process of moving out by Friday afternoon when maintenance workers changed her locks. She said she was glad her 4-year-old son was not there to witness it.


After agreeing on an undisclosed price for the property earlier this year, they gave notice to tenants in about 270 apartments that they had until Nov. 1 to find somewhere else to live.

But early Friday, maintenance workers accompanied by security guards changed the locks on more than 20 residents whose possessions were still in their apartments. In some cases, the tenants were at work. Those at home were told they had a few hours to get their possessions out before their front doors were locked.

The result was a chaotic scene with some residents loading laundry baskets full of clothes and other possessions into the back of their cars. Feet away, other tenants argued with property management staff. In other spots, U-Haul trucks backed up to front doors of residents who had already planned their departures.

The action by the landlord appeared to apply to residents who are behind in their rent and whose leases have expired. The property management office sent them a 30-day notice to vacate on Sept. 1, stating that they had violated the rental agreement because their leases had expired. A follow-up final notice was sent Sept. 28.


Emails sent to Hillsborough County show that the landlord was concerned tenants would leave without being up to date on their rent. A report sent to the county at the end of May showed that more than 70 tenants were behind in their rent with arrears totaling more than $100,000.

“This is not an eviction; this is a repossession,” Richard Clebert told one upset resident. A former University of South Florida football defensive lineman, Clebert is the son-in-law of Andrews.

Hillsborough County court records show that the nonprofit landlord has not filed any eviction cases since March. Florida law lists landlords changing the locks on residents on a list of prohibited practices.

“They have to go to court, win in court and get a judgment and a writ of possession,” Fiore said.

It’s less clear if residents would be protected by an eviction moratorium ordered last month by the national Centers for Disease Control and Prevention, he said. The agency warned that forcing evicted tenants to move in with loved ones or into homeless shelters would allow for increased spread of the coronavirus.

But the protection applies only to evictions of people who have submitted a declaration form to their landlords, attesting that they’ve experienced a “substantial loss of household income,” among other qualifications.

Clebert, property manager Yolanda Amos and other property management employees declined to answer questions about their actions Friday and called the police to report a Tampa Bay Times reporter and photographer for trespassing.

A Tampa police officer who responded said that he could not get involved in what he characterized as a “civil dispute.”

“The Tampa Police Department does not get involved in civil matters. Any eviction process would be served by the (Hillsborough County) Sheriff’s Office,” said police spokeswoman Jamel Lanee in an email.

The actions of Tampa Park’s landlord already have raised concerns among some Hillsborough County commissioners after the Times reported that residents who moved out were being charged for items such as broken blinds and holes in the wall, even though the complex is slated for demolition.

Andrews did not respond to an email nor to messages left at her home and at the Florida Sentinel Bulletin on Friday. Andrews is publisher of the bi-weekly newspaper serving the Tampa Bay African-American community.

Other owners of Tampa Park Apartments include James Harrell, former president of the Local No. 1402 of the International Longshoremen’s Union. The complex was built in the late 1960s through the leadership of Andrews’ grandfather, C Blythe Andrews, on land donated by the city of Tampa. It was intended as housing for longshoremen working at the nearby Port Tampa Bay and as affordable housing for the Black community.

Later, the complex was home to Section 8 housing voucher holders before a series of failed inspections led the U.S. Department of Housing and Urban Development to end subsidized rents at most of the property.

Even unsubsidized, the rents at the complex are about $300 cheaper than average monthly rents in Hillsborough County, making it one of the last places close to downtown that is affordable for low-income families, seniors and people on disability benefits.

Alyana Jones’s front door lock was changed at about 10:45 a.m. She lives with her 4-year-old son.

After receiving the notice to vacate, she had made plans to move Friday afternoon. She said she had shown the rental office the lease for her new apartment so was shocked and angry when maintenance workers used drills to change her locks four hours before she was planning to move.

“I’m just glad my son is in school and isn’t here for this,” she said. “I’ve got a couple of hours to find a U-haul to get out of here.”

The locks also were changed on Donyea Davis’ apartment. Her grandmother, Ira Jean Snell, also lives at Tampa Park and rushed to Davis’ apartment to try to stop maintenance workers when she heard what was happening.

Davis’s mother, Tuwanna Ming said her daughter had been working two jobs before the pandemic shut down the economy. Davis, who is 20 and in her first apartment, was not home when the locks were changed because she was at orientation for a new job at Walmart.

She said she would have to put her daughter in a hotel until she can find a new place.

Ming saved her harshest criticism for Andrews, whom she said has forgotten that Tampa Park was built by her grandfather to help the Black community and called Friday’s actions illegal.

“They use bully tactics; they don’t treat people with dignity and respect,” she said. “You can’t can’t knock on somebody’s door and say we’re changing your locks, you’ve got to go.” 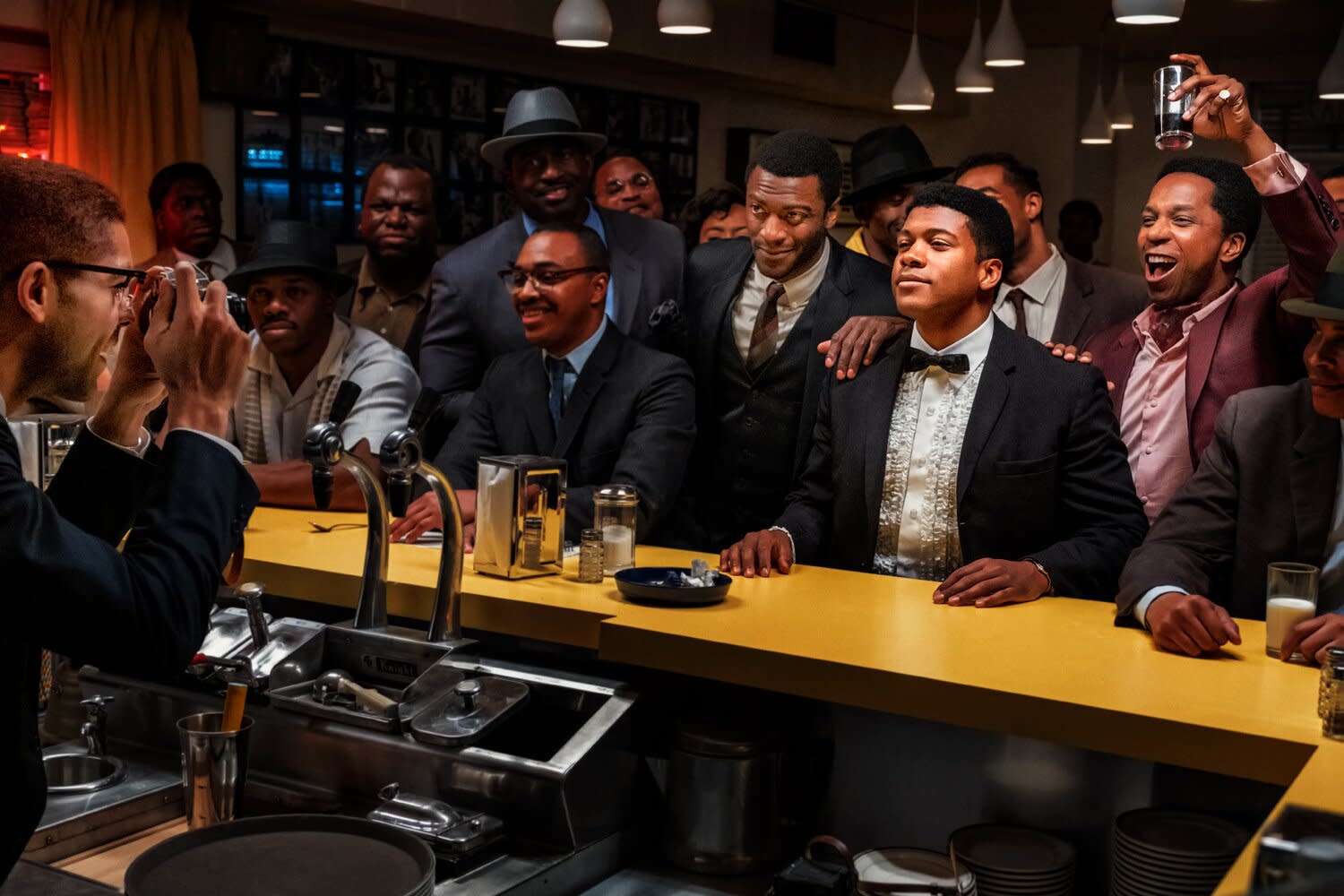