Most of the flooding in the county was seen along Highway 176 going towards I-95 and Highway 301.

ORANGEBURG, S.C. — Orangeburg County experienced a “significant” amount of rain for most of the day Thursday causing flooding across the area.

Since early Thursday morning, much of the Midlands have seen heavy amounts of rain from the remnants of Hurricane Sally. 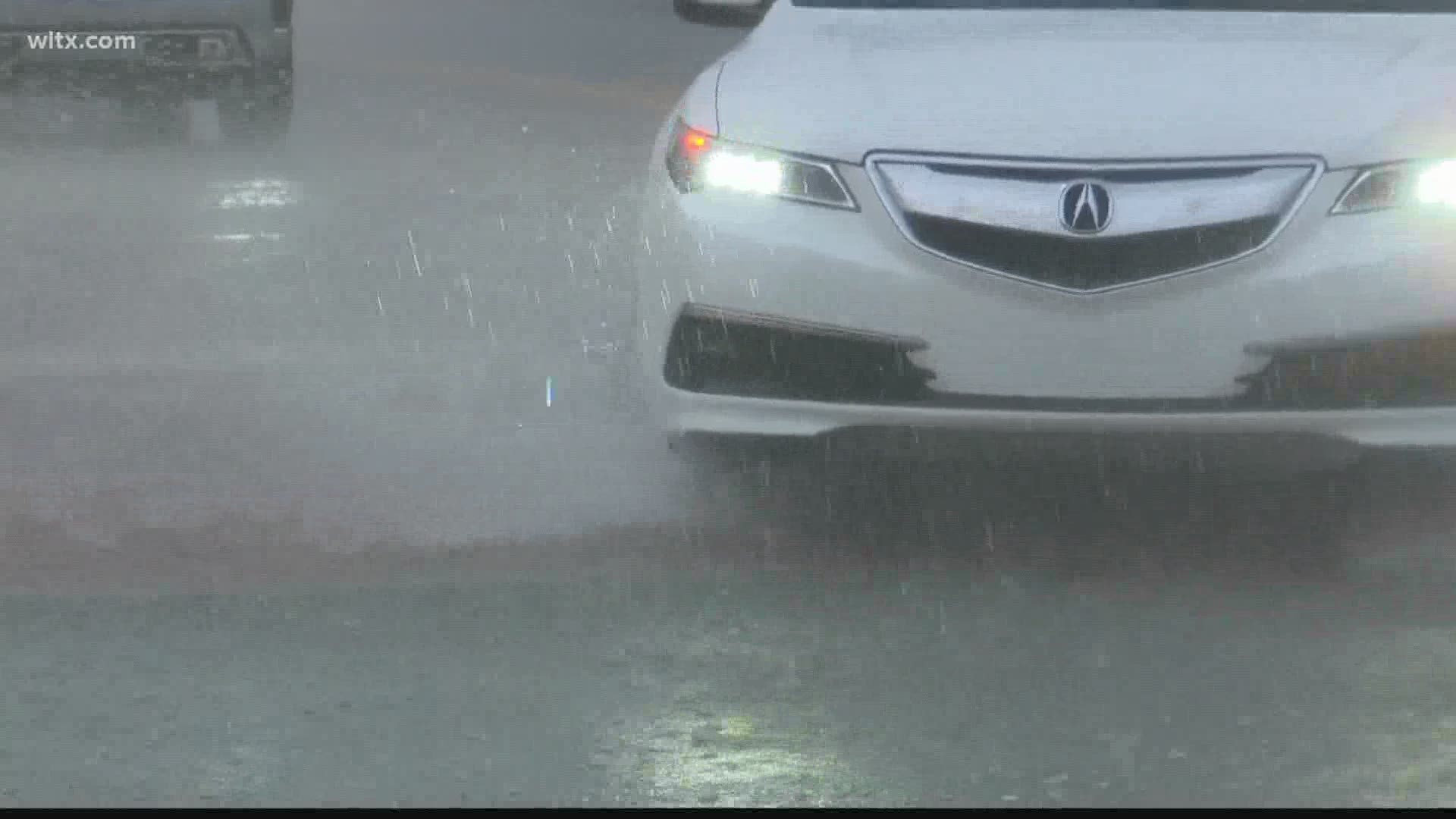 During the morning, the county was getting pounded with rain. There were several roads within the area that were flooded due to the substantial downpour.

In the Downtown Orangeburg area had streams of water flowing on the sides of streets towards storm drains. Some drivers had difficulty driving on the road running into puddles along the road.

Here’s a recap of the flooding Orangeburg County saw over the course of the day. Crews are still monitoring roads in case there’s any flooding issues in the area @WLTX #StreetSquad19 pic.twitter.com/QdeSXMcX83

Most of the flooding was seen along Highway 176 going towards I-95 and Highway 301.

While the rain has been off and on in the afternoon, Young says they have crews prepared to take care of any road issues.

“The one or two roads that had water coming across, we think as the rotation comes and it moves, they’ll drain out,”  said Young. “We’re monitoring that and we have people in areas that are watching those roads and making sure they’re passable.”

County officials want to remind folks why the storm continues, to check on social media, the county’s website and news to keep up to date with how officials are monitoring and responding to the weather.

RELATED: Columbia, FEMA agree on $42 million in damages to canal from 2015 floods