In the only practice session for this weekend’s Bommarito Automotive Group 500 – two races of 250 laps each – the rookies and first-time entrants in an IndyCar at the 1.25-mile oval got half an hour in which O’Ward turned 13 laps to set a 177.072mph lap to head Dale Coyne Racing with Team Goh’s Alex Palou.

However, as more and more rubber went down on the track through the one-hour session for which all 23 entrants took to the track, speeds kept climbing and the #5 Arrow McLaren SP’s eventual high point was 181.552 on the 66th of 75 laps.

That put the 2018 Indy Lights champion more than 0.5mph clear of Power who turned more laps than anyone except Palou.

Dixon made a late surge up to P3 in the Chip Ganassi Racing-Honda to unseat Conor Daly who is back in the Carlin-Chevy this weekend, trying to emulate the short-oval performance we saw from this combo in Iowa, where he took his and Carlin’s first IndyCar pole.

Palou held on to finish seventh fifth after going past the 100-lap barrier, but the Coyne team will be relying a lot on his feedback since teammate Santino Ferrucci – who led much of last year’s race here – suffered a mechanical fault and was towed back to the garage.

Wed Sep 16 , 2020
Parasols on a beach of the Adriatic Sea in Durres, Albania, one of only two countries that have … [+] lifted all travel restrictions, according to the U.N. AFP via Getty Images “A majority of destinations around the world (53%) have now started easing travel restrictions introduced in response to […] 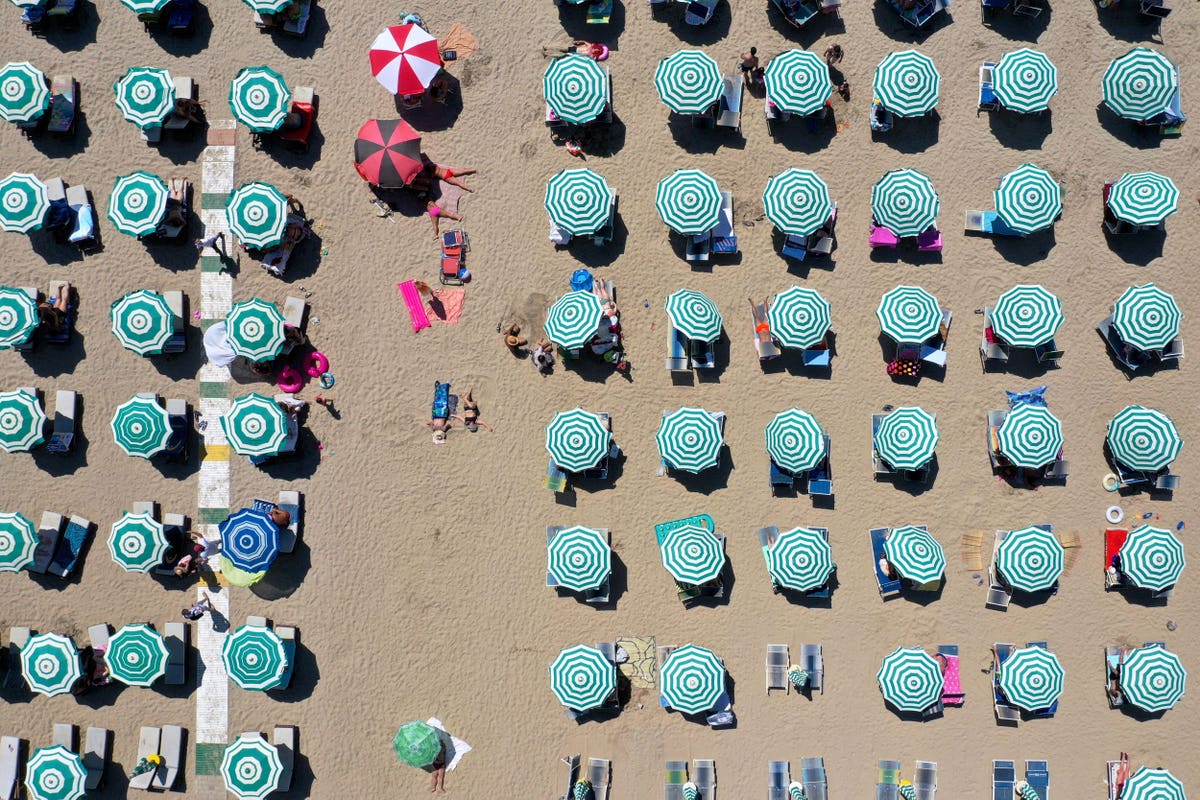