Samsung cancelled a review of its US ad-buying business in August due to the economic effects of the pandemic, according to several people with knowledge of the matter. Four of the five major ad agency holding companies were pitching for the business, which Publicis Groupe has had since 2007. According […]

Samsung cancelled a competitive review of its US digital ad and media-buying business due to economic uncertainty caused by the coronavirus, several people with direct knowledge of the matter said.

A person close to the business said Samsung wanted to focus on its core business of selling smartphones and other personal electronics during the second half of 2020 instead of spending time and money to review its advertising. They suggested the review, which started over the summer, may resume when the pandemic’s impact eases.

Publicis Groupe, which has held the account since 2007, was facing off against fellow holding company giants WPP, IPG, and Dentsu in the pitch. The exception was Omnicom, which has a conflict with longtime client Apple.

The development is the latest big change to the marketing industry wrought by the pandemic’s economic effects. Samsung is one of the largest advertisers to cancel or postpone a review due to the pandemic. In March, The Gap paused a review of its own global media-buying business just as lockdowns began in the US.

Meanwhile, reviews elsewhere are heating up as other marketers restart reviews that were postponed earlier in the pandemic. Read about the most anticipated account changes here, from Visa to T-Mobile.

Samsung launched new versions of its popular Galaxy Note 20 phones in August, the same month it cancelled the review. The previous month’s earnings call saw operating profit rise 23% year-over-year despite fewer smartphone sales due to an increasing demand for memory chips as more people use computers to work from home.

At the time, analysts predicted Samsung would also cut its global advertising budget due to travel restrictions.

Research firm Comvergence said Samsung spent around $845 million on marketing in the US last year and $2.3 billion globally.

Spokespeople for Samsung, Publicis, IPG, and Dentsu did not immediately respond to requests for comment. WPP’s media division GroupM and R3, the consulting firm overseeing the review, declined to comment.

Got more information about this story or another ad industry tip? Contact Patrick Coffee on Signal at (347) 563-7289, email at [email protected] or [email protected], or via Twitter DM @PatrickCoffee.

You can also contact Business Insider securely via SecureDrop.

Thu Oct 8 , 2020
OAKLAND — The U.S. Attorney’s office has charged a former special police officer with creating a bogus fundraiser claiming to raise funds for the funeral of Patrick Dave Underwood, the Federal Protective Services officer shot and killed at his post last May. Dominic Deandre Gregory, 27, was charged with wire fraud […] 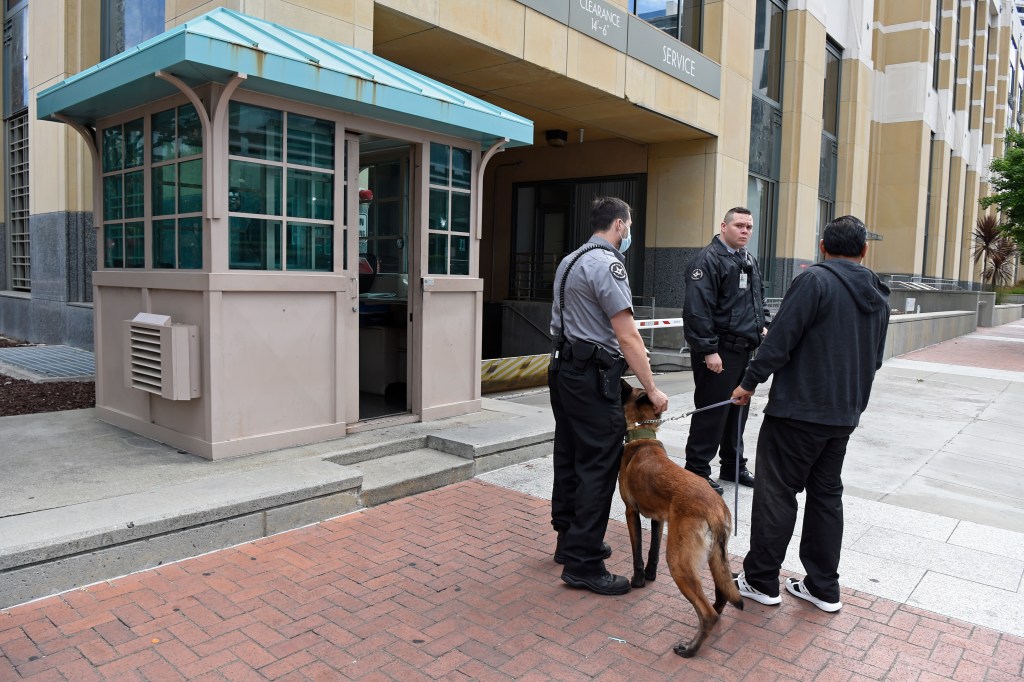