I can’t be certain why I started collecting 2020 Tour de France Panini stickers, but I know it has a lot to do with nostalgia. As a little boy growing up in England I collected Premier League football stickers obsessively. I coveted nothing more ardently than a shiny Alan Shearer […]

I can’t be certain why I started collecting 2020 Tour de France Panini stickers, but I know it has a lot to do with nostalgia.

As a little boy growing up in England I collected Premier League football stickers obsessively. I coveted nothing more ardently than a shiny Alan Shearer or the elusive aerial photo of Ewood Park. I treasured my grubby stack of adhesive-backed photographs of players from Derby County and Coventry City. Just writing the name of those teams is enough to remind me that I had Deon Burton and Darren Huckerby in swap.

I loved nothing more than shuffling and sorting, ordering and arranging, picking elite ‘select XI’ lineups drawing all the best players from all the top teams into one super-squad, with me as the all-seeing, precociously talented 10-year-old manager bellowing instructions from the sideline in my shrill little voice.

My first forays into criminality were motivated totally by the acquisitive need for more 50p packs of stickers. Opening a new one and seeing the glittery border of a ‘holographic’ sticker – known simply as a ‘shiny’ – was a thrill like I had never experienced. I stole prolifically and indiscriminately (which is to say, from both my mum and my dad) to feed my habit. In a world of failed arithmetic tests, tellings off and playground scuffles, my shiny Paul Scholes was a fixed point of stability, a literal glimmer of hope. You could take a shiny Paul Scholes to the bank.

I think that’s the other reason I started doing the Panini Tour de France collection this year; the sense of stability. It has been a chaotic nine months, with no sign of abatement, and I enjoyed the perversity of trying to collect all 384 stickers needed to complete the Tour album, in a year when the Tour might not complete its full route to Paris.

Tour de France stickers have been popular in Germany and Italy for years, but Panini announced they would begin selling them in the UK just a couple of years ago. They are still very hard to find in a brick-and-mortar store. The packs cost £1 nowadays and you get five stickers, plus a ‘trading card’ in every pack.

I had to go hunting on the internet, before finally buying the album from Panini’s own website. It was despatched via an arcane shipping service with a tracking option straight out of Web 1.0, and the estimated delivery time was 14 days. All magnificently, stereotypically Italian.

In the end, I gave up checking the Soviet-era web tracker and just waited for the day it flopped through the letterbox onto the doormat. With the album, I also ordered 50 packs, ’just to get me started’.

The idea was I’d ration them out, open just five packs a day. The package arrived on a Friday and by Sunday I had rampaged through them all. I was spurred on by my friend Charlie’s collection and the possible swaps he might have that would augment my own.

Charlie is a 36-year-old father of one and really ought to know better. By the Wednesday we had posted off our ‘swaps’ to one another and I had ordered another 50 packs. I was no longer raiding my mum’s purse for 50 pence at a time, I was ploughing further into my overdraft in £50 increments – like a real adult!

I got to a point where I had more than 500 stickers, but many were duplicates and I had exhausted Charlie’s supply of swaps. Together we press-ganged another friend of ours, Oliver, into ‘buying in’, but his first set of stickers were still on the back of a decrepit Italian donkey making its way over the Alps, so who knew when he’d actually receive them and put his duplicates ‘on the market’.

I knew that I needed another source of stickers, to widen my network of potential swap partners – and so, with a transgressive thrill and careful look over my shoulder, I typed two illicit words into Google, “panini swaps”.

I found a website called Sticker Manager and started organizing swaps with collectors all over the UK and Europe. This month I have sent little white envelopes containing as few as 1 sticker to places like Luxembourg, Switzerland and Germany, not to mention the exotic climes of Portsmouth. It costs £1.70 to send a letter to Europe from the UK and I am sure the man in the Post Office suspects I am up to something.

And now this, this is the really mad part of it.

In a jealous desire to finish my album first, I deliberately kept the existence of the Sticker Manager website a secret from Charlie and Oliver. I furtively traded my way to a point of near-completion, then casually dropped into our group chat that I needed just four more stickers to finish the book. They were agog. How had I pulled this off? How much money had I spent on stickers? I remained tight-lipped.

And speaking of the book, it was only when I began to stick my collection into the album that I actually started to look at the faces on the stickers. Some were familiar. Some were new. Some were quite surprising. I decided to write down what I thought they looked like.

Let’s kick things off with Shane Archbold, meth cook from the Louisiana bayou.

Hugh Carthy, lead singer in a mid-2000s British indie band called something like The Twiglets or The Bang Bangs.

Florian Senechal made a huge amount of money selling mephedrone – a dance drug similar to ecstasy that was briefly legal in the UK due to a loophole – while at Bristol uni, then lost it all trading Bitcoin.

Cyril Barthe is a 16th-century libertine who died of syphilis aged 28, leaving behind four illegitimate children and a single volume of quite bad poetry.

Neilson Powless is at your front door and he would like to have a very long, very earnest discussion with you about the condition of your immortal soul… And give you some informational literature.

William Bonnet is a hard-boiled Chicago P. I. who is getting way too old for this shit.

Jose Joaquin Rojas competes on the amateur over-40s mixed martial arts circuit in the northwest of England and works as a bouncer at a nightclub called the Tropical Lounge in Wigan that is anything but tropical.

You and Ivan Cortina were best friends until aged 13 when his family suddenly moved away. You still think about him sometimes when you can’t sleep and wonder if he thinks about you too.

Anthony Turgis rolls his own cigarettes and is really, really into permaculture.

George Bennett was in an eight-episode story arc of British teen soap opera, Hollyoaks, and now makes a living by seducing millionaire widows on the French Riviera.

Richie Carapaz got excluded for setting off the fire alarm three times in a single day at your secondary school. Your mum says you’re not to hang about with him.

Dylan Groenewegen plays fullback for the second XV at Barnes Rugby Club in south-west London and talks about it ENDLESSLY at his terrible job in the insurance industry.

Nacer Bouhanni works at the Wandsworth branch of Foxtons Estate agents. Has a rampant coke problem and listens to Boiler Room DJ sets he illegally downloaded from YouTube into MP3 format really loud in his company Mini.

Michael Valgren was a newly qualified teacher at your school who, unfortunately, couldn’t keep order in class. He lasted three weeks and now does admin for a regional haulage firm. He keeps bees because “they soothe him”.

Andre Greipel is who they brought in to replace Valgren. There is a rumor he is going out with the really, really fit food technology teacher. Nobody messes about in Maths now.

Guillaume Martin is the proprietor of an eerily quiet roadside B&B. During check-in you glance down at the gleaming brass bell on the reception desk and, just for a moment, it seems like he has no reflection. Don’t be foolish, you think to yourself, Guillaume Martin is not a vampire.

Your younger sister is going out with Dario Cataldo. You think she is way too good for him, but understand that if you ever say this to her she will prolong the relationship by another three months.

Matthew Holmes and Arthur Vichot are a pair of Victorian ghosts that haunt a library in Kilmarnock.

Your mum used to date Nico Roche before she met your dad and she still occasionally bumps into him at Big Tesco. She mentioned this once to your dad and he sulked for three days. He refuses to use Nico’s name and instead refers to him as ‘your mother’s fancy man’. 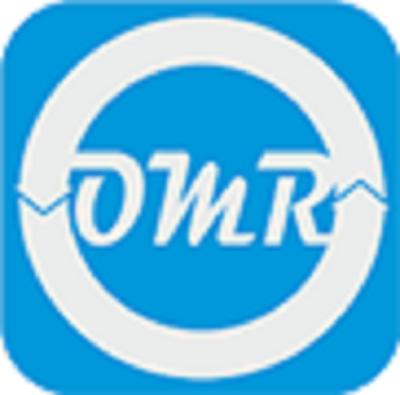