As Americans shift to voting by mail, political parties are investing heavily in making sure voters know their options. In Wisconsin, Parks and Recreation actors joined Democrats in this effort. SACHA PFEIFFER, HOST: Many states are expecting a surge of mail-in ballots this election. Among them is Wisconsin, a state […]

As Americans shift to voting by mail, political parties are investing heavily in making sure voters know their options. In Wisconsin, Parks and Recreation actors joined Democrats in this effort.

Many states are expecting a surge of mail-in ballots this election. Among them is Wisconsin, a state that could determine whether President Trump gets a second term. But many voters there and around the country have never voted by mail before. As Maayan Silver from member station WUWM in Milwaukee reports, Democrats are hoping a little star power will help voters figure out how to properly cast their ballots.

MAAYAN SILVER, BYLINE: “Parks And Recreation” was a beloved sitcom about local government and small-D democracy. And in that spirit, cast members got together last week to give Wisconsin voters a virtual education about voting on behalf of the state’s Democratic Party. Two of the show’s main actors, Aubrey Plaza and Adam Scott, were the elections experts.

AUBREY PLAZA: In a few moments, we are going to bring out everyone from our cast to discuss what fans of the show are all dying to hear about – in-depth, minute details of Wisconsin absentee voting information.

SILVER: Plaza and Scott ticked through the ways people can mess up when absentee voting, like uploading a selfie instead of a photo ID to request a ballot. Getting mail ballots right is a big issue. More than 23,000 mail-in ballots were rejected in Wisconsin in April – slightly more than Trump’s margin of victory here in 2016. And young people and voters of color see their ballots rejected at higher rates.

Amy Poehler, who plays Leslie Knope, the show’s protagonist, had a creative way to remind voters they need to get their ballots witnessed.

AMY POEHLER: I’m excited about all of us being each other’s witness.

SCOTT: That’s going to be fun.

POEHLER: And I think that’s going to be a big ask. I think – and I don’t want to, like, try to create a meet-cute, but I bet there’ll be some people that get married after they’re each other’s witnesses for these absentee ballots.

SILVER: Tens of thousands of people tuned into the event, which also doubled as a fundraiser. While it was a new way to educate voters here in this closely divided state, the advice is consistent with what Democrats have been telling voters ever since last month’s convention.

CHELSEA CROSS: Make a plan to vote. Make a backup plan a vote, and then make a third plan on how you’re going to vote.

SILVER: Chelsea Cross runs a Democratic congressional campaign. She says voters should treat October 20 as Election Day this year – not November 3 – so they have plenty of time.

CROSS: We don’t want them to get a mail-in ballot, fill it out, have it be wrong and have that vote not be counted.

SILVER: All this comes as President Trump has repeatedly made false claims about the security of voting by mail. Cuts to the Postal Service have raised voters’ concerns about how to safely cast their ballots. Election officials worry that with everything about voting becoming so polarized this year, voters may not always get accurate information. Meagan Wolfe is the state’s top election official.

MEAGAN WOLFE: There is oftentimes a lot of well-meaning groups that are trying to provide information to voters. They might not quite get some of the details right. And so we really encourage people to take a look at the information that we have available for voter outreach and to utilize some of that messaging if you’re doing outreach of your own.

SILVER: Democrats emphasize that they’re relying on the election commission’s information. And as state party chair Ben Winkler says, the aim of all this voter education is a quick decisive win.

BEN WINKLER: The bigger the margin of victory in November, the less risk there is that any aspect of the mechanics of voting could sway the election one way or the other.

SILVER: Democrats say they would rather get their win from the ballot box than the courtroom.

Copyright © 2020 NPR. All rights reserved. Visit our website terms of use and permissions pages at www.npr.org for further information.

NPR transcripts are created on a rush deadline by Verb8tm, Inc., an NPR contractor, and produced using a proprietary transcription process developed with NPR. This text may not be in its final form and may be updated or revised in the future. Accuracy and availability may vary. The authoritative record of NPR’s programming is the audio record.

Is It Safe to Travel Again? Your Coronavirus Questions Answered

Tue Oct 6 , 2020
Yes, though still not easily. On Aug. 6, the U.S. State Department lifted the nearly five-month-old travel advisory warning Americans against all international travel, citing improved health and safety conditions in some countries. But both the State Department and the Centers for Disease Control and Prevention (CDC) still have advisories […] 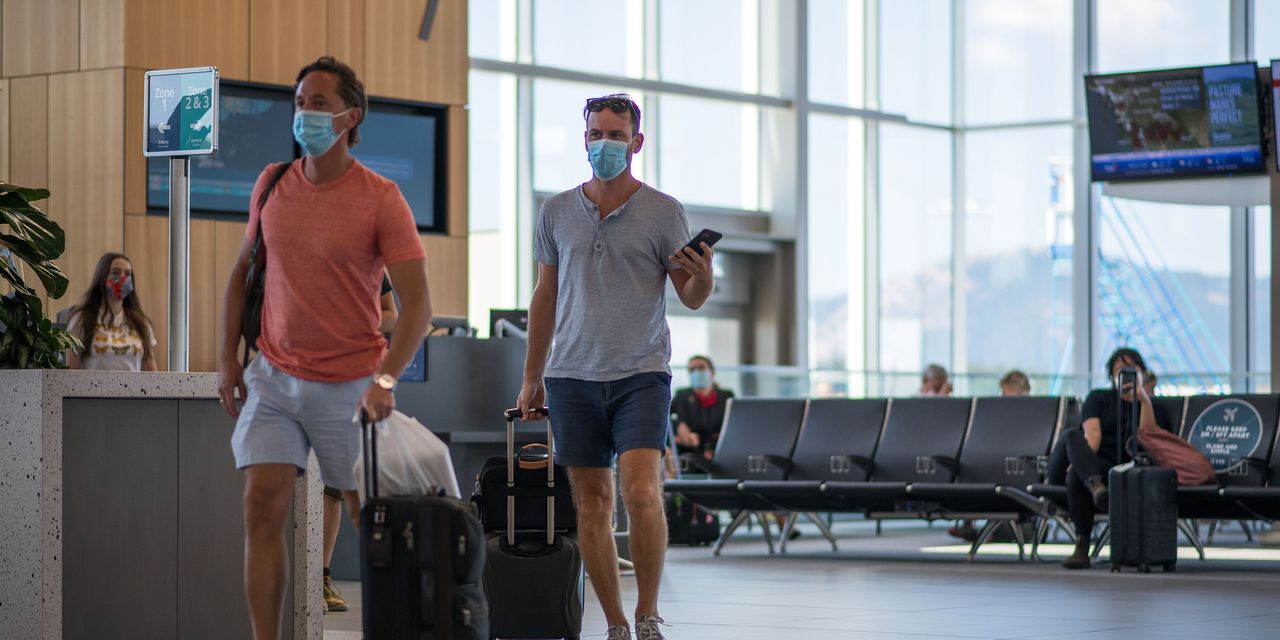