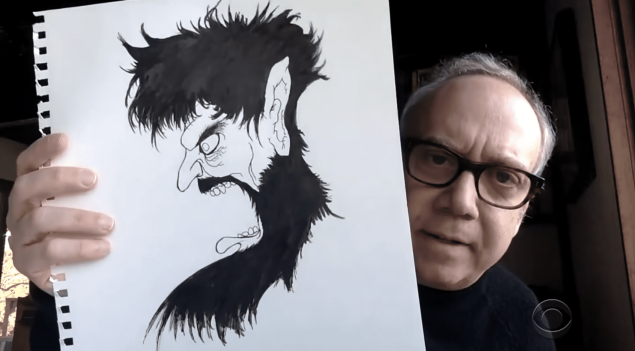 Paul Giamatti showing off his art on the ‘Late Show.’ The Late Show with Steven Colbert / YouTube

Onscreen, actor Paul Giamatti is best known for his cinematic portrayals of depressive, disaffected men who are wildly funny when they’re not wallowing in their own misery. In real life, Giamatti just caught the kind of artistic break that some of his unlucky characters might never enjoy: after revealing in a segment on the Late Show with Steven Colbert that he does illustrations of a variety of different characters, Giamatti’s art has been included in a group show entitled “100 Drawings from Now” at the Drawing Center. Very quickly, Giamatti has gone from being the type of private hobbyist whose art is something of a secret to a recognized illustrator.

Claire Gilman, a Drawing Center curator who co-organized the exhibition, told Artnet that Giamatti had been included in the group show because Laura Hoptman, the director of the Drawing Center, happened to watch the Late Show segment and wondered if the actor would be interested in donating his work to the exhibition. Apparently, the work that he donated has already been sold for an undisclosed amount of money. “He’s been drawing these really kind of… anxious figures,” Gilman explained to Artnet “We just thought it was another angle that was really interesting to think about—other people that are making drawings during this time.” Indeed, Giamatti’s black ink drawings of grumpy old men, Rasputin-like scowling figures and kooky aliens are oddly perfectly representative of the acting work he’s chosen in the past. 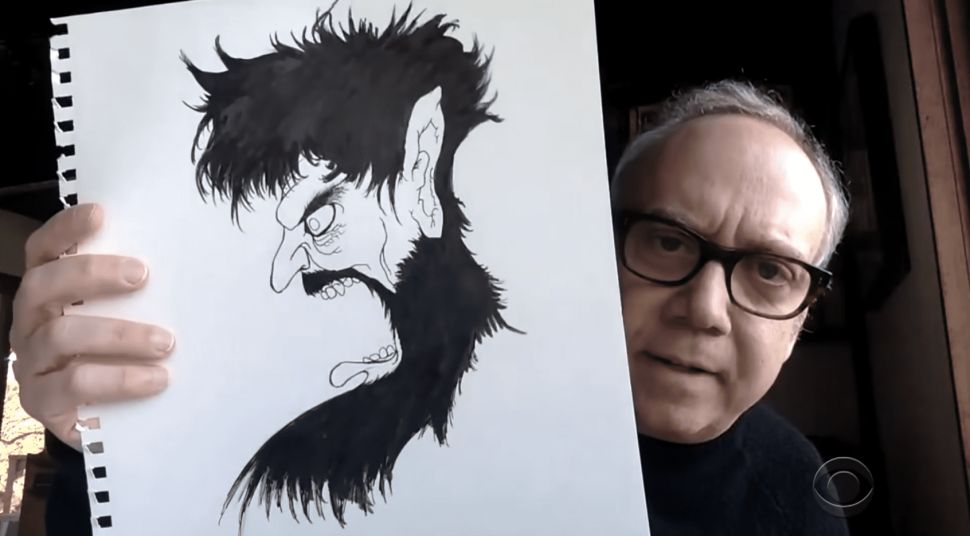